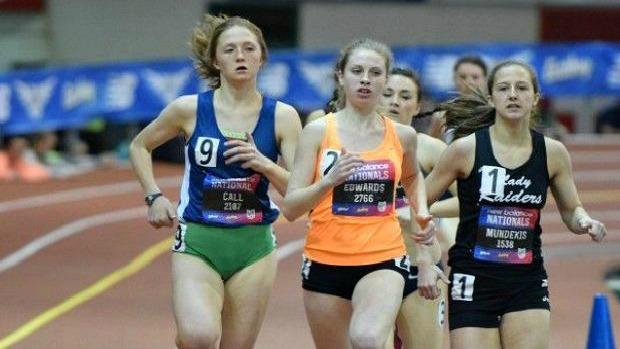 Every since the Illinois High School Association (IHSA) moved to allow Class A to have Thursday as their own featured showcase preliminary day the town of Charleston has become a small town festival. Things will begin on Wednesday morning when hotels and dorms of Eastern Illinois University swell up to capacity. As for the action itself there should be some very good performances.

Class A packs a powerful punch- 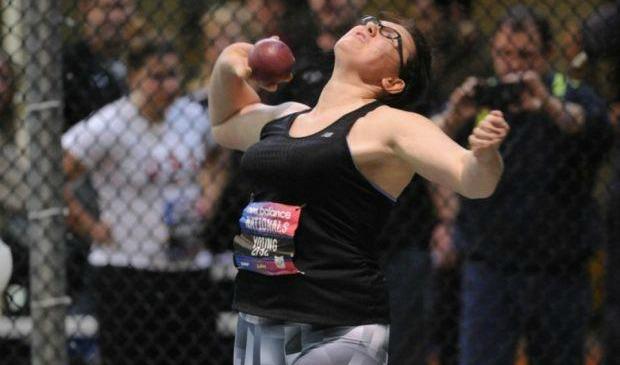 If you take a quick peek at some of the rankings you will notice some of the top marks belong to this classification. Let's break down the top players:

Kathleen "KD" Young (So., Warrensburg-Latham)- is the state leader in the shot put and discus throw. Young has picked up the mantle in shot put after her great predecessors Dani Bunch (Mahomet-Seymour), Kelsey Card (Carlinville), and Emmonnie Henderson (Edwardsville) and taken matters to a new level. Young broke the Illinois Top Times mark indoors with a monster US#2 all-time record of 49-1.25 on her final throw. Things did not stop there though. Young is currently US#1 outdoors with a 50-10. The indoor All-American is poised to easily win her second state title in a row with ease. Young leads all state qualifiers with a 47-2.5 which is nearly five feet further than her nearest opponent... in taking a look at the discus the disparity between Young and her competitors is about seven feet. Young's best seasonal effort is 159-2 good for the sixth in the country.

Anna Sophia Keller (So., Effingham St. Anthony)- now that Glenbard West junior Lindsay Graham has been shut down until sometime this summer, Keller will vie for top distance honors with 2A junior starlet Maryjeanne Gilbert of Peoria Notre Dame. Keller has been one of the state's premier distance runner since joining the high school ranks nearly two seasons ago. The defending state champ in the 1600m should precede things with a victory in the 3200m if she can get by an emerging Daly Galloway of Dwight. ASK is ranked #2 in all of Illinois at 10:36.25. As good as Keller has been in limited competition this past winter and spring she has not hit on all cylinders yet. Keller has been "slowed" by a sore hip that has limited her in competing at the level that she has been accustomed to. Her all-time best is 10:22 from a year ago at state that netted her a silver medal (you do remember the stumble and fall near the finish line right?). Only she and Galloway have broken 11:00 this season. The 1600m will be interesting to watch in that Keller doesn't have the top seed despite running 5:04.29 at sectionals. A new challenge in the making from Galloway may be forming as she is on top of things time wise. Keller is not one to shy away from a challenge and it is certain that she will welcome all that comes her way this weekend in Charleston.

Cassie Mundekis (Sr., Midwest Central)- arguably the state's top 800m specialist or at least at the top of the class will be ready for this weekend. Don't be fooled by the 2:19.82 time from the sectional round. Mundekis is the two-time state champion with an eye on a third title before heading off to the United States Military Academy this summer. Cassie is certainly the heavy favorite to repeat as the two-lap champion, but her biggest challenge will come from the task of doubling back from the 400m. Mundekis ran a swift 58.66 to win her sectional championship in a time that rates #2 among all entrants. But it is the 800m that Mundekis is poised to explode in. She has the tools to do something amazing one last time. Cassie's personal best is 2:12.01 from the New Balance Indoor National Championship. She won her section in that one and placed 10th overall among some of the nation's elite runners. Winning a third title would be awesome and breaking or threatening the classification record of 2:09.12 by the great Stephanie Brown (Downs Tri-Valley) is something that only a few can dream about.

Nichyria Byrd (Sr., Chicago Ogden)- Bird missed the recent CPL championships due to injury but she is back and ready to reach rarified air in the horizontal jumps. "Nicky" starred as a standout basketball player up until late last spring. In her first attempt in Charleston she took home first place honors in the triple jump. Super track and field fan Pierre Nealon indicated in his pre-season assessment back in January, "she will jump over 40-feet this year." Nealon is nearly dead on as Byrd connected on a monster 39-11.5 at her sectional meet. Now the once anonymous Byrd is a key figure to watch for the entire state meet come Saturday. The future Southern Illinois University-Edwardsville student-athlete is also the co-leader among entrants in the long jump at 17-11.5. The LJ may be her secondary event but if she can leap somewhere in the mid 18s she should be able to walk away as a double state champion.

Jenny Kimbro (Jr., Sidell Jamaica)- Kimbro is the truth. She has traveled to where ever she could to get good competition for what is expected to be a banner weekend in Charleston with the maximum four events entered (100HH, 300H, 200, LJ). Kimbro started the outdoor season #1 rated in the 300H as she was the first runner to break 44.00. She lost the pole position before regaining it this past weekend at that the News-Gazette Honor Meet with a fast 43.09 clocking. Kimbro will be a major factor in her team attempting to score some major points come Saturday.

Jenny Kimbro interview earlier this season at the Midwest Prep Invite in Indianapolis, IN

Amanda McClain (Sr., Sullivan)- Is there anything that Amanda McClain can't do in the sport of track and field? McClain is a member of the 2012 4x2 relay team that set a classification record. She won the state title in the 400m, earned all-state honors in the 200m, and placed third in the long jump last year. McClain will again attempt four events this weekend inside the EIU stadium. The Illinois State University signee is poised to leave a lasting mark before heading off into the sunset.

Daly Galloway (So., Dwight)- The sometimes unheralded Galloway does not get the same recognition as one of the top runners in her classification let alone the state. But the fact is she is indeed one of the top distance runners in all of Illinois. Galloway has clocked 10:49.10 and 5:04.81. The so-called slight probably has to do with a person named ANNA SOPHIA KELLER. Keller is the classification leader and one of the best distance runners in the United States. But it finally may be time for the emerging Galloway to put some real pressure on Keller who hasn't been at her absolute best. Stay tuned this weekend for the fireworks on the track.

Karissa Roman (Sr., Kewanee-Weathersfield)- The defending state champion in the high jump is finally healthy and is at it again with a season best 5-7 clearance. This is a big relief after missing a good portion of the season when she slipped on some ice and sprained her ankle. Though her personal best is 5-8 she is capable of touching 5-10. The pressure of reaching such heights could be lessen by competing with several of her teammates in the 4x4 relay on Friday. But then it's back on the track trying to qualify in the 300 Hurdles. Roman is actually good in the long form event with a personal best 46.96.

Morgan Zacharias (Sr., Reed-Custer)- We all could be in line to see an all-time record in the pole vault this weekend. Zacharias is ranked #1 in the state with a mark of 13-3 which is just one inch off of the 13-4 state meet all-time best set by Lindsey Murray (Harrisburg). The multi-talented Zacharias also qualified in the 300H, but that event may be just for fun.

The outlook for the team championship may be up for grabs with a ton of talented individuals hogging for points. Last year's winner Aurora Christian won the Lisle Sectional and qualified a ton of athletes but none are of the caliber of high point girl Peyton Wade. Wade has graduated and the process of nickel and diming may not do this time around. The team that may reach the top of the podium this team around. The Redskins placed fourth last year and this year's senior laden crew led by Amanda McClain and Emily Neuhauser. Between the duo they could potentially cop nearly 50 points. With additional support from the supporting cast (relays) it is a reality. Recent two-time state champion Moweaqua (Central A&M) are solid in the field events and hurdles. However, they are going to need more support from some of the other events they qualified in. And then there is Reed-Custer waiting in the holding pattern. Morgan Zacharias will do her best to help her team for one of the coveted team trophies.