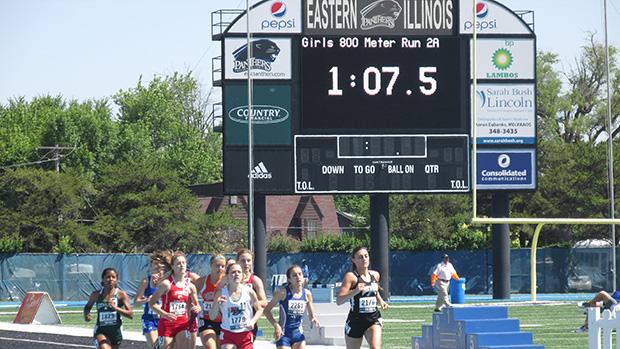 The first day of track and field action was exactly what the experts had predicted in terms of dropping great performances and action packed excitement throughout the morning and afternoon sessions. The morning started with 2A Lombard Montini winning the opening heat of the 4x800 relay in 9:36.16. That time stood up as the top mark of the three sections. St. Charles East ended the long day in the 3A 4x400 relay clocking a tremendous 3:52.99. All in all the 73 degree day was filled with sunshine, smiles, laughter and of course disappointment and sadness.

-The action took off fast and furious-