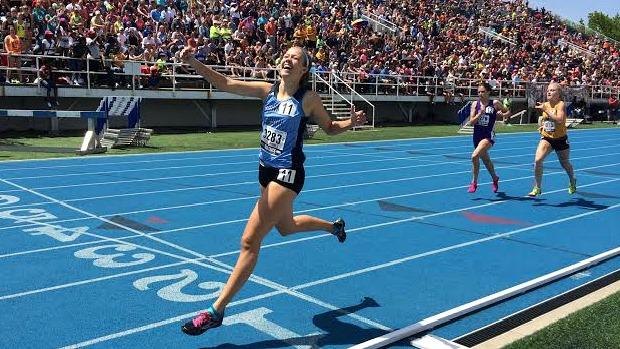 It was just a crisp 74 degrees at 5:30pm just prior to the start of the 3A Girls team championship awards in beautiful Charleston inside O'Brien Stadium on the campus of Eastern Illinois University. On that same moment the back the brows and backs of the Frankfort (Lincoln-Way East) coaches were dripping and drenched with sweat.

First year Head Coach Brian Evans and assistant coach/sprint coach Angelo Brown knew they were in a dog fight late in the meet. In fact, they were behind on the scoring ledger just prior to the 200m. Star sprinter junior Asia Brown finished last in the 200m, but at the same time the results from the pole vault and high jump came in. Senior Julia Junkroski came through big with a win in the pole vault topping 13-2 for a personal best. She would take the #1 spot in the state and a new school record. Sophomore Ololade Ayoola stepped up in the high jump and produced a 5-6 effort that netted eight points. It was the necessary points to distance themselves from Barrington (35 points), Gurnee Warren (35), and Aurora Metea Valley (29) scoring 51 points. The Griffins had secured their third title in a row. They joined the immortal programs E. St. Louis Lincoln, Chicago Morgan Park, and Evanston as the only ones to win three consecutive state championships in a row. 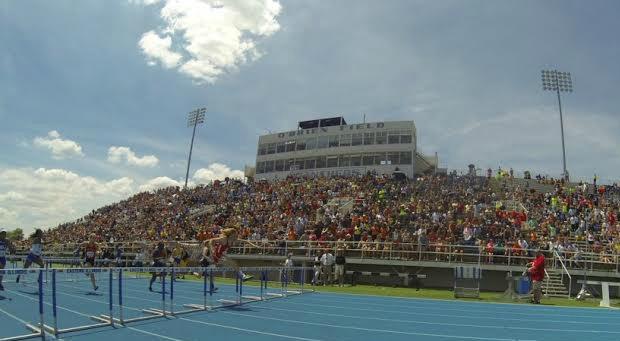