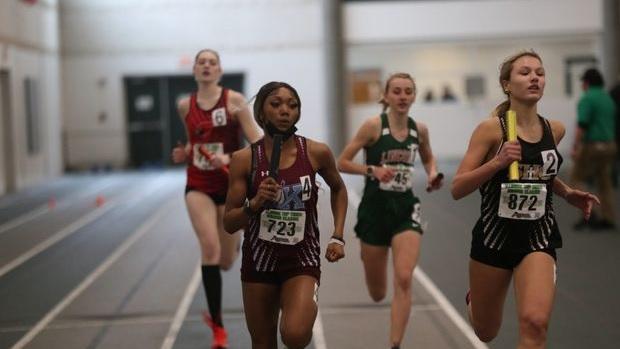 10. The effect of preliminaries

This is the same lead storyline for each division-we return to the traditional format for the first time in three years. Only the current seniors who managed to qualify as freshmen have any experience with the demand of the two-day state meet. The 2A division will contest their prelims in the morning on Friday, May 20th, so they don't have the benefit of the off day that 1A does, but enjoys an additional afternoon rest that the 3A meet does not. There are several teams with trophy hopes that lean on the legs of a small handful of athletes, who could be disproportionately affected by the double-day schedule. Expect some growing pains as we return to the format, but unforeseen challenges for some athletes provide chances for others to emerge.

Last year's state format allowed Chicago Latin to use their distance strength to hold off field-event dominant Geneseo and win the 2A team title by nine points 69-60. The execution of triple and quadruple appearances by athletes like Marianne Mihas (class of 2021) and Ava Parekh (Sr.) needed to be perfect, and they got what the doctor ordered.

Latin has a much different feel this year. Mihas has graduated and Parekh is competing for the first time this outdoor season while dropping the 3200m where she is the defending champion. Points will come from elsewhere, including the throwing arm of Alice Mihas (Jr.) and a smattering of distance points from Mia Kotler (Fr.) and newcomer Ellie Anderson (Fr.). Parekh's contribution is a mystery-she is qualified in the 800 and 1600 but may opt-out of the half-mile. A back-to-back win for Latin is highly unlikely, but there is a route so outside trophy contention if things go perfectly. After all, they did last year. 8. What can the Saint Viator duo produce as a team?

One of the top-heavy players is Arlington Heights St. Viator, who enjoyed the 2021 breakout for Mary Grace Hegberg (Sr.) and this year's breakout for Emmi Scales (Jr.). Hegberg has run all-time Illinois distance marks coast-to-coast in 2022 and is among the favorites in the 3200 and 1600. Scales is a favorite in the 300 hurdles and a major challenger in the 100 hurdles and 100 dashes. These two have an already heavy event load, and may even appear on the team's 4x400. This isn't a diverse enough set of entries to enter as a team favorite, but Saint Viator has the most athlete name recognition in the meet. Can the stars align for the Lady Lions?

7. Who will rise out of a flattened sprints field?

There is no Alyssa Williams at the 2A level. Any one of almost a dozen athletes in both the 100m and 200m can take the win in either sprint. Read the event entries with a grain of salt knowing the wide distribution of wind conditions, and both events become even more of a guessing game. Of course, we can start with Belleville (Althoff Catholic)'s Alaina Lester (So.), who has rounded into form well to end the year. Kankakee's best showings in these events will be Naomi Bey-Osborne (Fr.) in the 200 and Nevaeh Lowe (Jr.) in both the 100 and 200. Anna Barr (Jr.) and Reese Mitchell (So.) will sprint with trophy implications on their shoulders. None of these athletes will have the best seeds: that belong to Lena Jackson (Fr., Peoria (Richwoods)) in both sprints. The champions may be any of these names or none of them! Expect the unexpected.

6. Normal University's stars across the meet

Normal (University) provides one of the most balanced attacks in the division, particularly on the track. Without any major favorites, the floor is somewhat low for Normal U, but all their entries give a high ceiling if there are some significant point-getters in multiple spots. The Pioneers can produce an all-state performance in every track event except the 800m and 4x800m. The aforementioned Mitchell and Barr will lead the way in the sprints and hurdles, and Delaney Fitzgerald (Sr.) and Zoe Carter (Fr.) will try to double up distance points. Sydnee Scott (Sr.) is U-High's single field entry and will make a run at the Pole Vault title against Top Times champion Natalie Papes (Jr., New Lenox (Providence Catholic)). Finally, the Pioneers can score in any of the three shorter relays, with possible major points coming in their sectional-leading 4x400. Exciting things happen when trophies come down to the 4x400. Brianna Dixon, in the center of the frame, may also be attention's center this weekend.

5. Brianna Dixon gears up for a memorable technical showing

Brianna Dixon (Jr., Rantoul) is the defending 100 hurdles champion and 3rd-place finisher in the high jump. This double opened plenty of eyes last year. Although Annie Wirth (Jr., Geneseo) may be too difficult to catch in the high jump, Dixon will be competing for a top spot as well as defending her 100 hurdle title and adding a 300 hurdles race too. Dixon and Scales will likely go blow-for-blow after Dixon got the best of Scales at Top Times in the 60m. If Dixon pulls some upsets, she may be lauded as the athlete of the meet after the final race ends. 4. Geneseo's Run at a Trophy

Geneseo entered last year's state meet as a championship favorite and has held a monopoly in the MileSplit Power Rankings #1 spot until sectionals week. The technical prowess of Ali Rapps (Sr.) and Annie Wirth (Jr.) is a big reason why Geneseo remains dangerous, despite not being the present favorite. So many of their points will come off the track, don't be surprised to see Geneseo in the mix without any individual scorers until the 300 hurdles. If Geneseo mixes it up at the front of the 4x100 and the 4x200, that could be an excellent sign for the Maple Leafs. Like Normal Univesity, Geneseo's competitive 4x400 could make a difference if the margins are close at that time of the meet's 18th and final event. Saturday marks a chance for photos of David at an Illinois championship that aren't three years old.

Tatum David (Jr., Olney (Richland County)) returned to Illinois, and by extension, returned to a modest home-meet schedule where she dominated all types of distance races running solo. Despite the fantastic times coming from downstate, David's exact form has been a mystery to the MileSplit coverage team, especially with her DNS at Arcadia and the option not to compete at Palatine Distance Night. David will be seen up close in the 3200 and 1600 double. Do not be deceived by her 11:35 seed in the 3200, she will be ready for a competitive and fast race, whatever is thrown at her. She may be the favorite in these races if not for her invisibility this season. Don't forget she is the fastest freshman in state cross country history. Her return this weekend finally ends a 2.5-year hiatus for David and the biggest stages in her home state. Elia Ton-That (right) got the best of Parekh and Hegberg last year. Add Tatum David to this field, and what will we see on Saturday afternoon?

David bolsters what was already the most anticipated matchup on the 2A level from this whole season. Defending champion Elia Ton-That (Sr., Chicago (Northside)) returns and is significantly better even than her form from last year. Mary Grace Hegberg joins Ton-That and David in a strong 3200 and 1600 double and is in the exclusive 4:45 club for the mile. Finally, Ava Parekh is added after taking the 3200 off, and these four comprise perhaps the strongest front end of any event the entire weekend, regardless of class. With nothing left to save energy for, what tactics will we see in this race, and who will make the brave moves to win? Running with personality and execution, Kankakee can put on a show this weekend.

1. Relay and sprint dominance from the Lady Kays

Kankakee is the title favorite in 2A entering the meet. Their fantastic entries in the 400, long jump and triple jump make this title possible for Kankakee. But their calling card all season has been their sprint relays, running absolutely stunning times from 4x100, 4x200, and 4x400 races. With as many as seven dependable options in these relays, the Lady Kays have the flexibility to put fresh and fast squads on the track on Saturday, and still preserve individuals in the 100, 200, and 400. Not often are the title-winning teams also sweeping relays, but Kankakee has a chance to be that team in 2022. A strong meet to their potential should give a great winning margin. But Kankakee will want to put on a show. What do they have in store for the state?