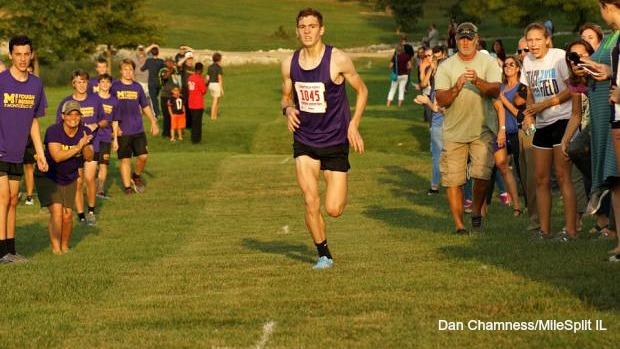 The team trophy battle is between three teams-

Clifton Central came into the year flying under most peoples radars, except our boy's distance editor, Carson Vittorio, who ranked them #2 in the preseason rankings. The Comets quickly took the #1 spot after defeating Monticello at the STM Saber Corn Classic and haven't looked back since. They enter as the favorites to win the 1A team title and they will need junior Isaiah Ditta in the top 10, senior Jeremy Snejberg in the top 30, junior Trevor Swanson in the top 50, and junior Blake Stua and junior Jarod Snejberg in the top 85.

Monticello is coming off an amazing performance at the Decatur St. Teresa Sectional. The Sages finally looked like the team that many thought they would be as they were ranked #1 to start out the year. This is a much better squad than what ran at the STM Saber Corn Classic, all of these kids are more developed and hitting the peak performances at the end of the year. To beat Clifton Central they will need senior Garrett Dixon in the top two, sophomore Luke Sokolowski top 50, and sophomore Morgan Dixon, senior Josiah Ratts, and sophomore Josh Baysore in the top 90.

Robinson has seemed to be running on a different level later in the season. This past weekend at the Decatur St. Teresa Sectional, the Maroons surprised many by taking second place to Monticello, but only by 35 points. They ended up beating a team who was ranked in the top six all year in Urbana University. Robinson will challenge for a third place team trophy behind Clifton Central and Monticello. In order to do so, they will need junior Negus Bogard in the top 5, junior Maverick Wright in the top 55, senior Wyatt Bonnell in the top 70, sophomore Parker Middleton and junior Koty Amdahl in the top 110.

Elmwood is most likely the best 1A boys program in the last 20 plus years. After winning the state title last year the team's prospects were looking bleak as they graduated three key members of that team. The Trojans are now starting to get their glow back at the right time and appear primed for another team trophy. They are a deadly pack running team without a top star. Success hurts their chances against teams that do have that top runner so they will need sophomore Luke Hoffmann and senior Jacob Brown in the top 40, and senior Griff Inskeep, freshman Thomas Harmon, and junior Alex Feller in the top 60. If they do that they may be able to even challenge Monticello and Clifton Central for the team title.

The individual battle is between two athletes-

Garrett Dixon has beaten every 1A competitor he has faced this season. He only has one loss on the year and it was against 3A competitors at the Richard Spring Invite. He is easily the favorite heading into this battle and it isn't impossible seeing someone beat him. He for sure will place top three in his final state meet on the grass.

Seneca senior Christopher Collet entered the year as our webmaster, Tony Jones's favorite to win the individual title. Much like Dixon, he has defeated every 1A talent he has faced this year. The one thing different between Dixon and Collet is that Collet has a better three mile PR of 14:52. Collet will look to beat Dixon again this year after beating him last year also as he took 10th place and Dixon took 11th.

Don't count out athletes like Negus Bogard, Dawson Smith of Rock Falls, Justin Mumford of Trenton Wesclin, and Isiah Ditta as they all are battling in getting into the top five individuals and have a small possibility of winning also.