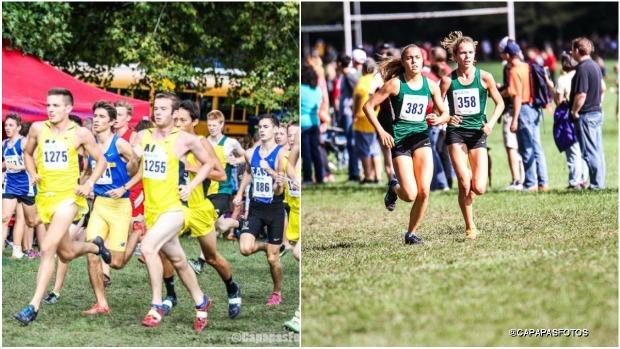 Opening thoughts:  The theme last year opened as a rankings buster for the girls. It was the perfect title and pre-game script which ultimately went according to plan with then #1 Naperville North defeating Yorkville and the rest of the best. This year promises to be just as action packed with many top ranked gender squads. Glenbard West for the girls and Neuqua Valley on the boys side will distribute their top lineups to the masses. The Hilltoppers coach Paul Hass is as excited as a coach can be. "We are definitely looking forward to Wednesday evening,"  he said ahead of the big meet. Neuqua Valley coach Paul Vandersteen has one of the largest boys team in the state,  a deep team too and you can bet his crew will be ready to compete under the lights.

Naperville North girls coach Dan Iverson and boys coach Dave Racey have done a great job in hosting the event between their school and Neuqua Valley. Last year was the first time Naperville North hosted on school grounds. The course encompasses the campus, allowing fans to see virtually the entire race. Iverson adds these lasting comments: "No matter whose rankings you use, there won't be a better girls' meet until state. And it's close to that on the boys' side. The Neuqua Valley/Downers North match up should be pretty awesome, too.  But in the girls' race, a team could conceivably run pretty well - a top five level statewide performance - and finish fifth in this meet.  It's should be pretty awesome.  We are definitely looking forward to it.  Regardless of where we finish, we will be better for what we learn and how we do on Wednesday.  I'm very excited about it.  We learned a lot from last year's meet, both about ourselves and how to run it on an organizational level, so we hope the 2016 version is the best yet.  Should be a great meet overall!"