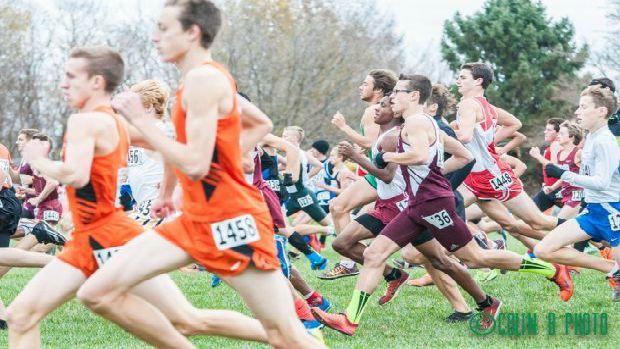 editor's note: The middle ranked teams will start out in a holding pattern but the goal of course is to steadily move up during the season and make the necessary progressions to become elite once late October begins.

Team outlook: In a year when teams all across the state in 2A return massive depth, Notre Dame lurks among a list of returning state qualifying teams, bringing back all seven of their runners from the 21st placing team at state last year. Victor Fortin (79th), Patrick Bruch (84th), Mitchell Mashard (148th), Max Erhart (175th), Brady Dickerson (189th), John Couri (191st) and Ben Bauer (202nd) made up the young squad and are the runners coming back with state experience. Coach Dan Gray knows the challenges they will face anyways: “Three of the top seven guys have put in good, quality mileage, but we will need more speed and dedication at 4-7 if we want to move up toward a top ten position at State. There are some good younger runners starting to make their presence felt, who could press the others for varsity spots.” Hot on Notre Dame’s heels are fast improving Normal (Community West) and New Lenox (Lincoln-Way West) teams so their season will be characterized by chasing a top 10 spot while competing with a handful of other closely matched teams.

Team outlook: Glenbard South graduates only their third scorer from the state qualifying team last year and is another maturing squad that just increases the depth of the 2A level this year. Andrew Sundberg (88th) returns after a top 100 finish, and Christian Hilliard (117th), Jon O’Rourke (158th), Joey Wood (167th), Jonathan Walker (168th) and Andrew Fearn (206th) return from the team last year, and Michael King (9:51, 139th at the 2013 2A State Championship) will contribute to the scoring this year as well. Coach Gorski is hopeful looking forward at the team’s goals in 2015: “Glenbard South has not won the conference title in two years, We hope to be back on top this year. Another one of our goals is to make the State Meet. We have made it the State meet as a team 6 seasons in a row and hope to continue that tradition in 2015.” Although the are ranked 17th preseason, Glenbard South shows a lot of potential as a solid pack, and will be running for a top ten finish if they make the state meet.

Team outlook: Kaneland, just like a handful of other teams behind them, fell victim to the depth of their home sectional by finishing in sixth just eight points behind Prairie Ridge. Coach Clarey and the Knights do return five of those runners. There are some impressive track pedigrees thrown in there: Austin Kintz blazed a 4:19 1600 and finished 5th in the 1600 in 2A this spring. Matthew Richtman qualified for state as a freshman in the 1600 (4:34). Kaneland can depend on these two runners to have a strong 1-2 presence, and look to the rest of the pack to fill in but Coach Clarey is confident after their summer: “We have had a very productive summer, particularly from the pack which will make up our 3-8 runners. The seniors are doing a terrific job of getting their mileage in, and using technology has made a powerful impact on our training the past few years. Our team would like to place in the top three at our competitive conference meet, and advance to the Sectional. On that Sectional Saturday, we aim to put it all out on the hilly course of Woodstock North, and see if we can't qualify for the State Finals, for the 18th time in our program's history.”

Team Outlook: Charleston returns three of their scorers (Osterday (62nd), Bell (76th), and McKirahan (114th) and four of their top seven (Redden, (204th). Osterday and Bell represent a couple top 100 returners, a luxury that several teams finishing in the bottom half of the state meet despite returning many runners. The path to from Charleston to Peoria is clear-cut for coach Landrus: “[We have to] stay healthy and make a return trip to state if the likes of Nick Oakley, Ryan Chambers, Lance Niemerg, Clayton Redden, [and new runners] Austin Ames and Jayden Princko can fill slots 4 and 5.” Charleston was on top of the logjam at the MacArthur sectional, where only 21 points separated the 3rd place through 7th place teams (Charleston finished third) and will need all the help they can get from their pack if it means returning to Peoria.

Team outlook: Sterling’s 2014 team tied with Belvidere (North) for seventh (with sixth runner tiebreaker going to North) place in the incredibly deep Kaneland sectional last year, but they return five of their seven runners from the sectional team. Led by All-Stater Jonathan Landis (19th, 3200 state qualifier), the Golden Warriors will look to Jacob Gebhart (fastest returning sophomore from last year’s Kaneland sectional), Cody Lund, Jalen Hart, and Evan Reiley to move into the scoring roles on the team. If Sterling can fill runners in behind Landis, they will become much more competitive in the unequally powerful Kaneland sectional.