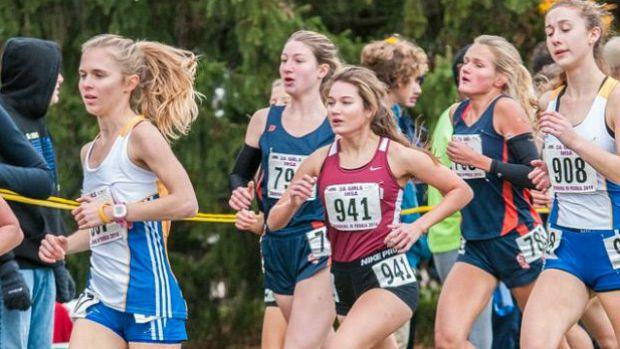 It will be a war of attrition for the preseason teams in the 20 to 11 category. That's because most of these squads will either rely on a great individual talent or solid pack play to keep them in contention for a great season. The coaches know that the battle of wearing down its opponent will be strategically going for their strengths as opposed to working on any so-called weaknesses. It will be interesting to see how the new classification move-ins do. Can the once perennial 1A power Decatur (St. Teresa) make some serious noise here in the 2A league? Well the journey to Peoria started in June for all eligible teams and now the fireworks are about to begin.

Coach Vohland's outlook: "2A will be a big challenge for a school of 240 [students]. We will see if we are up to it. If we stay healthy I think we can."

Tony's Take: The four-time state champion Bulldogs must have been bitten by the success factor for its "promotion" up to 2A. Whatever the reason the IHSA has given them, the task for Coach Vohland and his program will be to embrace the new challenge. St. Teresa will have the satisfaction of a winning mentality on their side. Evelti and Jerger will lead a senior dominant team on the strength of their top 50 finishers in last year's state final.

Coach Tacchi's outlook: "As this is my first year coaching cross country since 1986, I lack a bit of perspective, however, I look forward to the journey. With that being said, I think we have the potential to return to the top 10 and I wouldn't be surprised if any of the newcomers made their way into the top 7 or perhaps someone I haven't considered at this point. I'd like to think we could compete for a conference championship and qualify as a team for the state meet."

Tony's Take: The Raiders will be hard pressed in reaching the top 10- a status team they have enjoyed in recent years. The extra painful sting was added when the reliable Reganne Schihl transferred to a new school out of state.

Coach Beatty's outlook: "I would like to see the girls make a return back to state. They will have to work hard and any place they [earn] at state would be an accomplishment."

Tony's Take: It will be a tough challenge for the Lady Pioneers to return back to Detweiller in November with big graduation losses by Megan Krolak and Lesly Rocha- both previous all-state runners. But Hickey should be exuding confidence after earning a state runner-up finish in the 800m this past spring as a freshman. She will be the team's lead by example performer. The rest of the pack will have to step up and fill up the gaps.

Projected top 7: Ramsey, Levato, Cavanaugh, Roach; up to seven others competing for the final three spots

Coach Wejman's outlook: "Last year we thrived off of pack running as our 1-5 split was 26-seconds at state. Four of our returning members look to do more of the same. Ramsey hit a wall late in the season last year, but she was our top performer and had her best summer yet. We hope to get her near the medal stand. Our 5-7 runners are a question mark right now. We got about seven kids who can grab those spots, so it will be exciting to watch them duke it out. With that being said there is some anxiety having the number #5 slot as a question mark. We just want to improve and grow as a team and the top seven will become clearer as we head into October. This team is hungry to make it back to Peoria again in November."

Coach Gray's thoughts: "We graduated some of our key seniors, but we have a solid core of girls back. There are several up and coming girls that will look to challenge for a varsity spot. We seek to improve on our 10th place finish a year ago. Locally, we fully expect Dunlap to be at least a top five team, including at least two top individuals. As far surprises go, it seems too early to tell. A lot depends on the newcomers and the summer preparation that went into it. Right now we can only concern ourselves with putting in our work and getting ready to run our best when matters most."

Tony's Take: Now that the Irish have experienced the big time of competing as a team in last year's state meet, the new challenge will be getting into the top 10 arena. Maryjeanne will do her job of course as the #1 girl in all of Illinois. The three supporting cast runners must be willing to sell out for a full three miles and dropping their 2-5 scoring splits.

Coach Bluhm's outlook: "[We have] graduated several top runners from last season's state qualifying team. In order for the team to be as successful this year, the younger runners- most of whom have not yet had to perform in the more pressured situations- will have proved themselves capable. If the summer training program is any indication, these kids- based on the tempos and longer trail runs- have put themselves in a very good position. As many of the kids are younger and depth might be a question for us. We have to be very careful with injuries and be absolutely certain that the runners are ready to peak at the right time in late October."

Coach Beaumont's outlook: "We only had one senior among our top 20 runners last year, but she was a good one. Abbey Osborn finished in the top 50 at the state championship and we don't have anyone of her ability to replace her. Our top runner will most likely be her younger sister Kelley. Kelley ran some impressive races as a freshman, and I'm hoping she'll take a leap forward as a sophomore (much like her sister did). Everybody else returns, so we come back with a lot of experience and hopefully a tight pack. That will have to be the key our success as I'm not sure we'll have a true #1 runner."

"Sydney Barber had a great season for us as a freshman two years ago, but took last year off to focus on soccer. She's been training with us this summer, so we're hopeful that she can balance cross country around her soccer schedule. She would really help bolster the front of our pack. Similar story with senior Jesse Holloway. She's an amazing all-around athlete and excels in basketball and soccer. She flashed some potential with us as a sophomore, took last year off, but has re-energized and has looked good this summer. Other names from our top 12 that return this year include Lisa Cenek (Jr.), Payton Sassano (Sr.), and Enya Horgan (Jr.)."

Coach Walcott's thoughts: "The top 7 has worked hard this summer; they have worked well together and hope is to improve on last year's state performance."

Coach Garber's thoughts: "Glenwood is going to be tough this season. We bring back almost all of our team from last year and add lots of depth from the middle school program. GHS only graduated one senior, but lost #1 runner Demi Dixon to an ACL tear during the Spring soccer season. The new question will be: 'who is going to take over the front runner spot?' It will be a challenge all season because every one of the girls [have a desire] to be #1, and they will be fighting all season to take it. Our 1-5 split will be very low due to the competition within our front pack. We are hoping for repeat wins at conference, regionals, and sectionals. The girls also want to beat their 2013 finish of 6th at state. Game on!"

Coach Neisler's outlook: This should be another strong year for the U-High girls. The last couple of years we've run into some injury issues around conference time. We have been working on making some changes to try and avoid those problems. If all goes well, we have the potential for five girls under 19:00- maybe five under 18:30.

Other teams to watch out for this season: Rochester, Springfield, Rockford (Alleman), Jacksonville, Highland