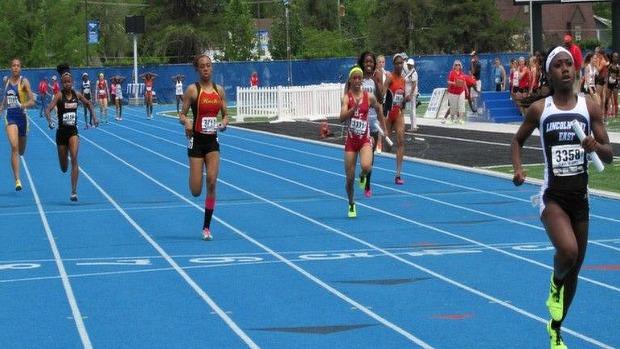 When it comes to big league relays things can be the difference between smiles and the grabbing all the perks and accolades you can vs. riding home on a quiet bus filled with sorrow. Over the past several years Illinois has made a name among the national conscious. For example, Lincoln-Way has made a big splash on the national stage. The trickle down theory has worked in that other solid sprint relay teams have gained from their attention and production.

Relays can also be used as a prop for coaches to lull their competition in for other causes. For years, teams like E. St. Louis, Chicago Morgan Park, and Evanston would use relays in their quest to win a state championship. Sometimes the tactics worked and sometimes it didn't. The 800m medley was an event that smart coaches with deep pockets would use as a throw away event. To them it didn't make sense to run their best athletes in an event that would tax them too much later. Evanston coach Fenton Gunter has always felt that using a top 400m runner on a medley would kill that athlete's ability to perform up to standard in other events later.

Lincoln-Way has used a different tactic from the previously great programs though. The Griffins have put their best quartets on the track and dare you to beat them. As a result they own both the 4x1 and 4x2 all-time records. What's left is the 4x4 and sprint guru coach Angelo Brown desperately wants this one in this trophy mantle. It will not be easy and the task of getting it has eluded him for three plus years now.

Season outlook: This year will be up for grabs in this relay. There are no clear favorites at this point and there will be many teams that will give up individual glory to help their team stand on the podium Saturday afternoon. The top three teams from last year each lose two runners from their quartets. So there will be many teams vying for the top spots. Will St. Charles East be able to repeat? Will Palatine get to the top of the podium? Or will an unexpected team climb to the mountain top? It will take at least 9:10 to win this event this year.

Editor's note: Surprises this season? Lane Tech lost two legs from a 12th place finish but gain perhaps the biggest surprise in Illinois. You all better keep both eyes on newcomer Maddie Monticello. She is a sophomore soccer player who blew away former teammate and 2014 State 800m third place finisher Alex Martel's "Myrtle and Gold" trial record with a 2:28; Naperville North will have a quartet in the scoring column this year. They finished fourth in the nation in cross country but the overall strength and foot speed seems to have improved from years past. Naperville Central will be in the mix too.

Season outlook: Let the power struggle and guessing games begin... Lincoln-Way East has had a strangle hold on this event over the past five years (three state titles & several national honors)- including last year's surprising all-time record. However, the Lady Griffins lost two blue chip legs in Alexis Hyshaw and Meghan Marias to graduation. It will be very interesting to see if they can replace these formable legs. Junior Alexis Pierre-Antoine was left out of the festivities last year even after returning from a nagging injury. She has shown the promise that many in her camp have expected with good returns during the indoor club season. The rest of the relay fill in will have to come from the frosh-soph ranks.

On the other hand, there will be trouble brewing with Homewood-Flossmoor coming. The Lady Vikings have been emerging for several years and now they are set to deliver a smack down and payback to Lincoln-Way East and whoever else is in their path. Head Coach Ron Assise has two bonafide stars of his own back in seniors Angel Braughton and Jayla Stewart. They will add freshman Olivia Oliver to the mix. Oliver is supposed to be the real deal and ready to contribute. She will replace Christin Salley (Sr.) who tore her ACL in the early summer. Her high school career may be over. Regardless, they are the team to beat in Illinois this year.

Season outlook: It took 1:42.28 to make the state final a season ago; the last place finisher ran 1:43.32. As you can see it is a dog eat dog world in the 3A division. These are also some of the fastest placement times in IHSA annals. It is not going to get any easier than season. Let's start with Homewood-Flossmoor. The Vikings ran 1:40.92 and finished fourth in the state resulted in a frustrating feeling. Even more maddening is losing a starter named Amari Windom to a rival school (Thornton) and not having the depth to rest certain legs. Lincoln-Way will someone reload and stay on top. Junior Asia Brown will have to make a decision between concentrating on the 400m or being a relay specialist here. Something says she may want to make her own way. The same could be said about Ololade Ayoola. Time will tell when May strikes. 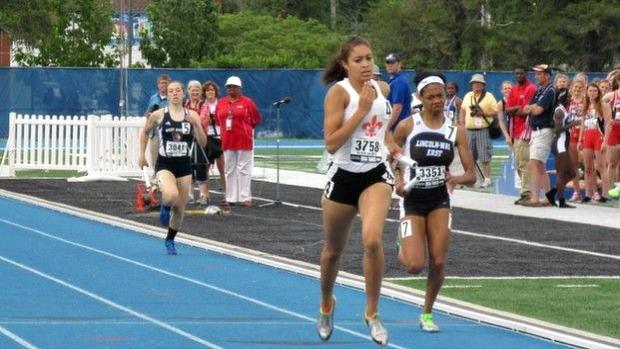 Last year was a great 4x4 that came down to a showdown between St. Charles East and Lincoln Way East with the Fighting Saints winning the 1600m relay. I think this may be the year that Lincoln Way East will finally capture the one sprint relay that has evaded them. They have three returners from last year's 2nd place team and I know that Coach Angelo Brown wants to add that state medal to the collection. St. Charles East will be in the running but I don't think it will be enough with the loss of Jordan Shead. This will be an exciting event to watch and may decides who wins a trophy or not. Look for another sub 3:50 to make it to the top of the podium.