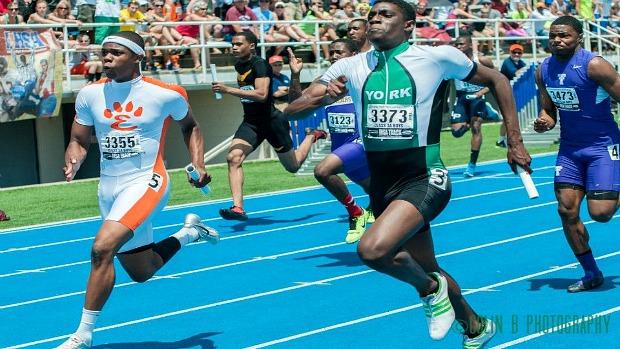 Season outlook: 2014 was a banner year when you compare it to... 2013 when it was incredibly awful. There were only two teams that broke the 42.00 seconds gold standard, but none in any of the three state prelims or championships classification races. In 2014, 10 teams cracked the barrier- 5 of them in the final. Edwardsville and York dueled to the final step and almost eclipsed the all-time state meet best of 41.42. Some of the top squads have taken a heavy toll due to graduation, but the key is reloading and not missing a beat. Let's start with the defending champion Tigers. They lose arguably their best speedster Craig James but retain three monster legs in Isaiah Michl, Fontez Davis, and Rene' Perry. The fourth leg is a fierce competition between Kendall Davis, Devonte Tincher, AJ Epenesa, and Travis Anderson. York lost all four legs and their sprint coach Chris Korfist. The Dukes are even short on reserves. Schaumburg returns two legs including the all-stater Shandall Thomas. The Saxons success will depend on how they can reload. If not, Thomas will be going for individual glory in the 100 and this season... Thornton lost two legs as well in Jauan Wesley and Tifonte Hunt. We actually three if you count Cavion Clanton who got injured. But Coach Vince McAuliffe seems to always reload his units. The 'Cats will be there in the mix again. The team to watch out for will be Bloomington. The Purple Raiders surprised everyone when they ran 41.65 and placed fourth with a freshman on the anchor named Cary Lockhart. He and two other teammates will be back. The word on the street is they have reinforcements behind them.

Season outlook: Just like the 4x1 got ripped to shreads for being soft a year before, the 4x2 got the royal treatment in that department. Schaumburg made strong rebound statement for the event last early May at the Prospect Invite when they smashed the meet record in a blazing 1:26.60. It was like a shot heard around the world and it seemed to wake up the traditional powers. Later on in the state series we saw Thornton, York, Rock Island, Plainfield East and others put up some very impressive times. The Saxons of course would go on to win state in one of the fastest field races in IHSA history and drag two other teams under 1:27. It will be hard to say who will have the team to beat, but Edwardsville bring three starters back. The depth that the Tigers have will serve them greatly in a run for the state championship. The relays will play its part in securing vital team points. Top squads back to burn the track include Plainfield East, Fremd, Belleville West, E. St. Louis Sr., Dekalb, Bloomington. 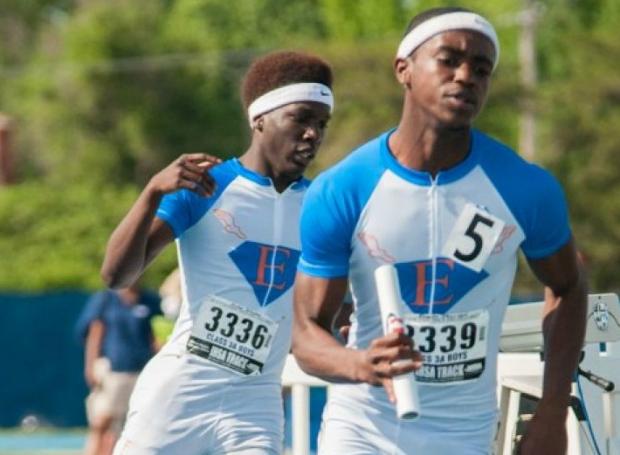 Season outlook: East St. Louis is the team to beat again with three returners back from the state championship team. Junior Roosevelt Davis is the team's workhorse who usually runs second leg to establish a stamp on the race tempo. There is talk of ESL wanting to get into the national conscious and roll into the 3:12 range. That appears to be wishful thinking though. The all-time record of 3:13.66 by Eastside may be out of reach but this team could possibly go 3:14. Neuqua Valley will be the main chase team. They also return three runners from a 3rd place team. Will the power of Ty Moss and Zac Espinosa be enough to catch the mighty Flyers? The other spots will be up for grabs. Look for some young hungry teams to step up and make some noise in this wide open event.