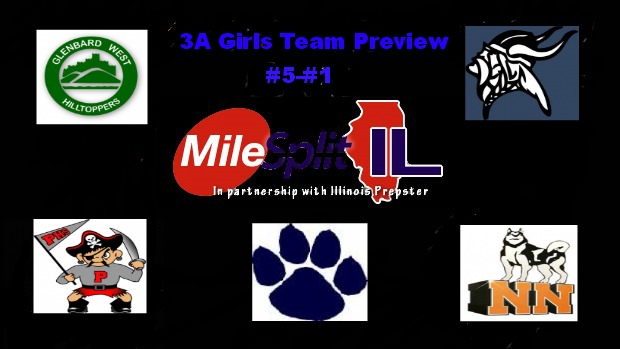 2012 was the deepest year on record for the girls at the state championship that saw an amazing 87 girls break 18:00 for three-miles. As well there two home land teams that qualified for the Nike Cross Nationals in Winnetka New Trier (11th) and Naperville North (15th)- a fantastic year on the girls' side for both for individuals and for teams to say the least. This season should see more of the same. Let’s take a peek into the pre-season outlook: 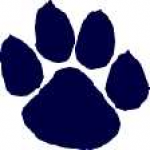 Newcomers:  We have a couple of decent freshmen but I am not sure that any will step up and help us this year but definitely will be in the mix next year.

Team outlook:  The summer training has gone very well for the Panthers who return six of their top seven runners from last year and as well as eight of their top ten.  The primary goal is to improve upon last year’s ninth place and get into trophy position.  There is great leadership with Sydney Neal, Sam Lapp, and Tami Cardenas as all three have a ton of experience and had probably their best summer of training so far. The key of obtaining such lofty goals will be to tighten the gap on pack from 1 to 7.  The squad’s 4th, 5th, and 6th runners were very inexperienced last year so the coaching staff is expecting big improvements from those three.  Coach Neil James and company are looking forward to getting the season started and seeing where they fit in the title chase. 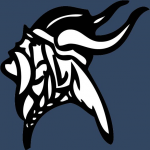 Season outlook: It was just a few short years ago that Geneva was on top of the cross country world winning the state championship with six freshmen and a sophomore.  Those glory days may not be duplicated by any team, but for the Vikings this season looks bright for a top four position at the end of the year. It appears after a strong return last fall that netted a 6th place finish at state proved that great coaches can mold great programs if they can obtained quality athletes. Coach Bob Thomson will have a talented bunch this season that is aimed to cause a lot of panic to their foes. Kathryn Adelman and McKenzie Altmayer endured healthy track seasons that produced some solid marks. Adelman ran 2:15.99 in the 800m and earned all-state honors.  Meanwhile, Altmayer clocked 5:14 and 11:34 times respectively.  They both will be in the top ranks this fall. 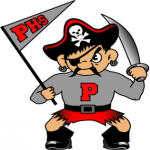 Season outlook: The Lady Pirates will be knocking on the trophy door again this fall with a veteran team that returns six of its top seven runners. Coming off of a wonderful track season that saw the distance squad place second in the state 4x800m relay, Coach Joe Parks may have his best team this fall despite losing the long standing Tess Wasowicz to graduation.  Look for the seasoned Liz Cox, Jessica Lincoln, and Cassidy McPherson to lead the way.  Cox’s bad state race did not last too long on her mind once the track season rolled around; she put up some solid numbers (11:12/5:06) worthy of being the front runner that the coaching staff is looking for.  Lincoln has been on Cox’s heels since middle-school and that should not change one last season.  Ms. Lincoln has nearly identical track marks (11:16/5:17). McPherson is more of a middle-distance runner but has run a swift 17:38 for three-miles.  There are additional girls who are expected to contribute against key MSL league foes Barrington, Prospect, and Hoffman Estates prior to the state series. Sabrina Yosif is one of those harriers looking to make a big mark this fall.  She has the team’s top 3200m track time of 11:09 and could be vying for a top three or spot on the team.

Coach Park’s team assessment: "Our summer went pretty well as the girls have trained well together.  Our goals are pretty similar to every year, which is to be up in the mix with the top teams at the end. The outlook for this team could be great.  Our only really big senior departure at the varsity level is Tess Wasowicz, which you can’t replace.  However, I think our biggest strength is out depth, which may be the best in program history.  My biggest concern is that we don’t beat ourselves fighting for top spots as the season winds down.  It should be a very fun season." 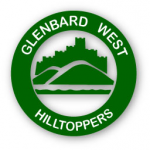 Season outlook: There is no team in the entire state that has a better set of triplets than Glenbard West.   Madeline Perez, Lindsay Graham, and Lisa Luczak have an opportunity to be the best in IHSA history if all goes according to plan. Perez has the all-time Detweiller Park course record of 16:02 on her resume.  She of course is coming off of a wonderful track season with two personal bests (10:22/4:52). Graham essentially trained solo at cross town Glenbard East in establishing herself.  As a freshman she ran 17:01/10:41/5:10. Luczak battled a tough track season due to sickness but fought her way to track personal bests of 10:37i/5:03. However, cross country is a seven girl affair on the course in which only five can score.  So even if the magnificent Perez and her two mates sweep the state meet, there is no guarantee of a gold team plaque.  Let’s see what the rest of the lot do this fall before the final verdict is in.

Coach Hass’ assessment:  “The girls have had a solid summer of running, particularly with the cooler temperatures that I am sure all runners of Illinois happily welcomed.  After a summer where many girls were gone from our summer running camp due to vacations, taking time off after New Balance (Perez), and various running camps, we are looking forward to the official start of the season where we will finally be together as a full team again.  Lindsay Graham has fit in so well with her new teammates that I had to think twice about writing her down as a “newcomer”; she is a great kid who brings more to the team than just her running ability and we are looking forward to her next three years as a Hilltopper. Our season goals this year are to focus upon ourselves and to try to improve on our performances from last year.  Obviously we are in a tough conference, so it is always a goal and a significant accomplishment to win the WSSC title.  After that, we will simply put forth our best effort to qualify for state and attempt to improve upon our state finish from last year. On paper we appear to have a solid team that should be capable of competing at a high level at invitationals and in the state series, but races and meets are not won or competed on paper so we definitely have our work cut out for us – particularly in a state like Illinois that is loaded with talent and great coaches.  Avoiding the injury and illness bug is first on our list of priorities so we will deal with each if and when they arise with priority placed upon achieving our season goals rather than any short-term accolades.  If we can stay healthy as a team, it should be a fun year for the Glenbard West Hilltoppers.” 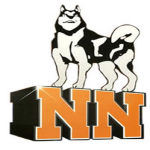 General outlook: The Huskies should be one of the best teams in the entire country at the end of the season. They will need to defend their home state turf first on November 9 at the state championship.  But ultimately Coach Dan Iverson’s girls will have their eyes set on Carmel, Indiana at the Nike Cross Regionals in mid-November and finally the national championship in Portland, Oregon in December. The only key loss for the deep fleeted Huskies is Kimber Meyer.

Naperville North will rely on the two-pronged attack by Elly DeTurris and Maria McDaniel followed by a chain gang of runners accustomed to knocking out the competition with 25-second scoring splits.  The Huskies have been known to split under one-minute for a dozen girls!  So, it’s going to take more than a trio of superstar girls from any team to beat the defending champions.

Season outlook from Coach Iverson: “We have our sights set high this year.  We will set our path once the season begins, at our annual camping trip, but I expect that we will aim at the top of the state and the country.  We have had a very productive summer of training, with lots of athletes stepping up and running very well.  I’m looking forward to seeing what we can accomplish.  We know that teams like Glenbard West and Palatine will be very, very good and very difficult to beat.  I also think that Downers Grove South, Barrington, Hoffman Estates, Geneva, Naperville Central among other teams will be very tough this year.  This should be a very exciting year, and we look forward to making our contribution as it unfolds. “