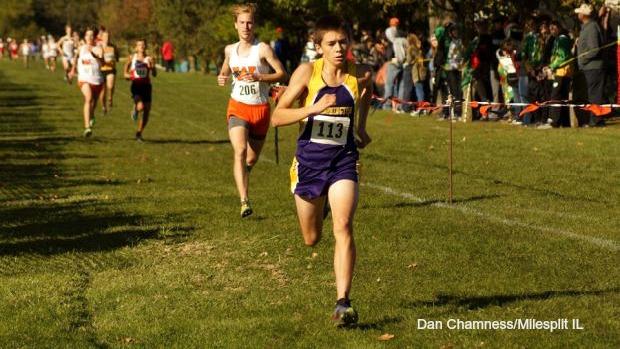 Chatham-Glenwood is good but they can be had-

Throughout the whole year, one team has dominated the 2A scene... starting pre-season ranking at #1, Chatham-Glenwood has lived up to the hype. While they were dethroned by Bloomington during week six, the Titans immediately got the #1 spot back during week seven and have since kept the crown going into state. Chatham-Glenwood reasserted their dominance last weekend at the Decatur MacArthur Sectional, winning the meet with a score of 54 compared to Springfield who came in second with 113. Dathan Maton (Sr.), Drey Maton (Sr.), Graham Turk (Jr.), and Cooper Peterson (Sr.) form a great quartet that can't be matched when they are on their game. The Titans are back in state championship form and will look to improve and from their 5th place finish last year, most likely taking the team title.

Bloomington should not be counted out here. The Purple Raiders have fluctuated between the top three spots, battling with Springfield and Dixon for the top spot. Led by senior Nick Doud - whom we will go more in-depth about later - the Purple Raiders have been the most consistent team in the top three. Even with their consistency, at regionals and sectionals, they fell to a recovering Metamora team. But again their saving grace has been a front-loading group after Doud in the name of juniors Evan Turnbull and Bradyn Olmstead. They will need to be near the top packs and close out the final portion of the race.

Springfield is an interesting of top caliber runners as well. After a rough middle of the season, the Springfield Senators really bounced back and turned things up towards the latter part of the season. The Senators placed second at the Central State Eight conference meet, beating out Chatham Glenwood. They continued the hot streak the following week at the Taylorville Regional, placing first and beating Chatham Glenwood 42-46. Junior Kyle Boughter is the team leader and should be in the all-state mix as well.

Metamora was a team on many people's radar at the start of the season, but with the absence of standout junior Adam Gilbreath-Glaub due to injury, many people counted this team out. But, after a shaky start, the Redbirds have really found its standing and now are prepared to make a run to get on the podium this Saturday.

Lastly, Dixon is a lowkey team with high potential. They finished right behind Chatham Glenwood and Bloomington at the Peoria Invite and led by senior Collin Grady have found a lot of success in the postseason. The Dukes crushed their conference meet, beating Rockford Christian, and the dynamic 1A Rock Falls team. They also won the Belvidere North regional and Woodstock sectional, going for a state title to make a clean postseason sweep. 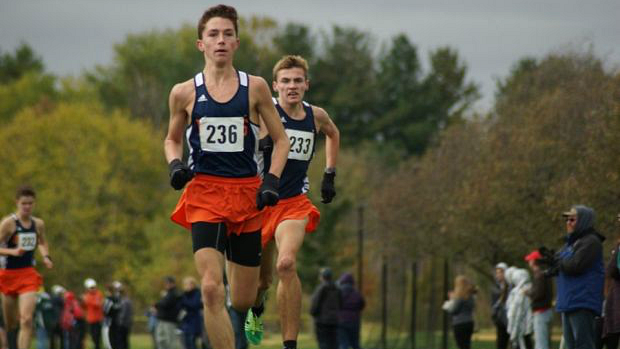 Mathias Powell is expected to lead a solid group of individuals-

This cross-country season has definitely been a year of individuals rather than teams; that being said, there is no shortage of talent in this year's field. Mahomet-Seymour senior Mathias Powell is this year's clear favorite. Powell has the fastest time in 2A; longtime competitor Nick Doud is only three seconds behind. Powell has had an excellent season, aside from a third place at Richard Spring against fierce 3A competition, Powell has won every race he's run so far.

Shortly behind Powell at many meets has been Doud. Not to say Doud has had a disappointing season, quite the opposite actually. While Doud has yet to beat Powell this season, he was still a handful of meets himself, and Bloomington as a team proved to be a top caliber team.

Grady is next up. Grady has yet to break 15 minutes for the three-mile in his career, but Grady is an excellent racer. Who has the fastest time isn't always the determining factor in a race, especially in cross-country. With so much on the line at an elite meet such as state, the race could be very tactical, so being able to control yourself with the lead pack and take off on a moment's notice is crucial. Grady has proven he has raw speed on the track and stamina for a 5k, so he would fit perfectly on the podium.

As mentioned previous about Chatham-Glenwood's top individuals, they have three. Dathan Maton, Drey Maton, and Graham Turk.  Dathan has the fastest PR of the three, but it's by less than a second to Turk and all three have a chance to prove themselves superior over the other. The rest of the finishers are really a toss-up.

Nathan Schmitt of Lake Forest and Austin Ames of Charleston have both broken 15 and have had excellent senior seasons.

Senior Casmir Cozzi of Mascoutah is the dark horse of the race, seemingly coming out of nowhere to snag the sectional title over the Chatham Glenwood gang, but once you look into it Cozzi has had an outstanding season with many first-place finishes.

Along with Powell, senior Charlie Smith of Antioch and senior Daniel Chen of IMSA are the only returning top 15 finishers from last year's race. Chen won the Kaneland sectional against Burlington Central junior Anthony Farmer, Kaneland junior Daniel Occhipinti, and Lisle Benet Academy senior Connor O'Keefe, who can all make a strong bidding themselves for a spot on the podium this year. All in all 2A boys will not be a race you want to miss.