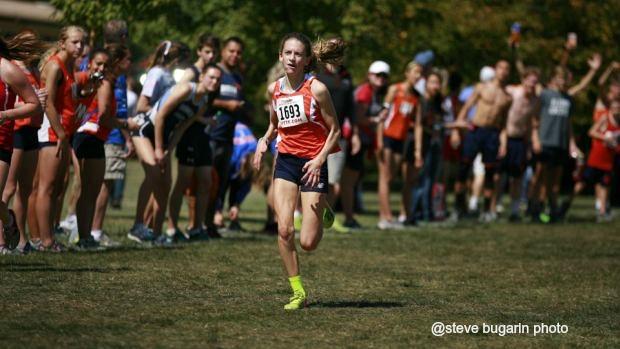 3A Boys: #7 Batavia, #9 Hinsdale Central, #10 Downers Grove South, #11 Downers Grove North, #14 Oswego East, #15 Minooka, #16 New Trier, #18 Chicago Whitney Young, #20 Edwardsville, #24 Lyons Township, Chicago (St. Ignatius), Plainfield North, Maine South; Fishers IN
The scenario is large:
There is no doubt if the weather holds back we will be looking at the meet of the season. Two nationally ranked teams #4 Naperville North and #11 Yorkville will stand out among a tremendous field. This race could mirror what happened last year when Naperville North was victorious over Yorkville. In that affair, the Huskies put all scorers inside of the top 30 enroute to an 83-109 victory. Naperville North returns five of its top seven despite losing its top scorer Sarah Schmitt and third runner Hannah Ricci to graduation. The Huskies are deep with underclassmen talent among its corps. But they also added a tremendous transfer in Campbell Petersen. Peterson, a fine runner from Dunlap, placed second in the state last year as a freshman. The early season test will be about bragging rights and an eye-opener to the nation's cross country followers.
Among the top chasers in the field is Downers Grove South. The Mustangs opened their season with two easy victories, but will undoubtedly face their toughest challenge of the season. They will be led by Brenna Cohoon and Melissa Weidner. Though these stallions are front runners, it is a strong pack that the team will depend on. Barrington, Batavia, and Lyons will fill out the top five battle. The Fillies return six starters as does the Broncos. Lyons will be contesting their first invite of the season. As you can see, the field is tremendously deep with 11 ranked squads.
Individually, look for premier runner senior Alex Morris of Naperville North to lead the charge. Morris ran a swift 16:57 for third place. Her teammate Petersen should be in the mix as well. Yorkville has a fleet of top individual front-runners on which dependence is key. Emily Eberhart will lead the parade followed by Helena Kleronomos, Kailey Fox, and Olivia Borowiak. Katherine Olsen of Dekalb, Molly Fitzpatrick of Barrington, and Abby Korak of Edwardsville are top names. Watch for Barrington freshman Katrina Schlenker. She is one of a great freshmen flock that is rising in the state. 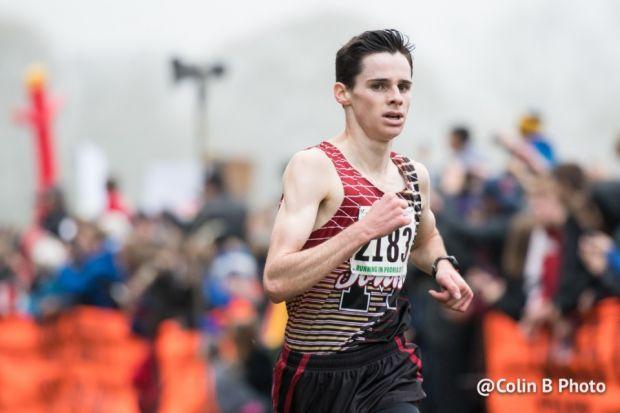 To close out the day, let's look at the 3A Boys race. Similar to the 2A boys, 3A suffers from a large graduating class. Defending meet champion Downers Grove North will be starring in their first major invite of the season. It's an opportunity for the fans to see if the Trojans are on the reloading or rebuilding train. If nothing else they will have senior standouts Jack Roberts and Matt Moravec leading the charge up front.  Since most of the top returning teams are back with similarities, pack running will be the essential part of success. Hinsdale Central could be the team to watch if all of their personnel is healthy. Batavia enjoyed a 50 second scoring split in taking fifth last year. There is Downers Grove South sitting there with a strong unit. The Mustangs will be led by senior Eddie Siuda. While they lost a few members of their team they are still a top contender. The pundits will check for Whitney Young and their senior-dominant team as well as the southern sector leader Edwardsville. How about a Lyons team that appears to be in rebuilding mode? Races are not won on paper as you know.
The individual race will contain quite a few names atop the leaderboards. The top seven and nine of the top ten have graduated. Only Roberts, who placed eighth, returns. He is more than capable of winning the race after showing his fitness in July at the Detweiller at Dark meet. Roberts was leading big when he demonstrated some slackstick play by tieing his shoes near the finish line.  A new face in the race ready to take charge is Tommy Brady. The Maine South senior will enter this meet for the first time and he should be the favorite among a solid field. Brady is the state's top returner and has performed extremely well on the Detweiller turf with a personal best of 14:29. Another name to consider is senior Sam Rivera of Chicago Whitney Young. Rivera had a great season last year and learned a lot from all-star teammate Clayton Mendez. Lastly, Andrew O'Keefe of Granite City, Tyler Cushing of Bolingbrook, Rory Cavan of Glenbard West, Stephen Moody of Glenbard West, Charlie Nevins of Whitney Young, and Jared Kreis of Lincoln-Way Central are some other individual standouts. O'Keefe narrowly lost the 3A 1600m final against Dylan Jacobs, and Kreis is an up and comer looking for a spot in the limelight. Overall, First to the Finish will be a great meet weather permitting.
Tweets by MilesplitIL