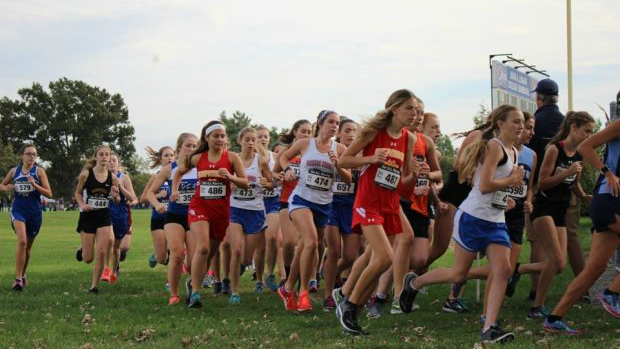 Weather forecast: It is expected to be a 50% chance of rain with high humidity, low to mid 40s during the first race of the day.

Media coverage: Live updates all meet day long beginning at 8am via il.milesplit.com. Follow us on twitter at Milesplit Illinois @milesplitil #ihsaxc17

What have we learned over the course of the season? Well, two of teams that were at the top of the polls during the pre-season (St. Joe-Ogden and Tolono Unity) are still there. The surprise of the class was Rock Falls who literally came out of nowhere to hold down the #2 spot for most of the season.  St. Joe-Ogden got the best of Tolono Unity at the Carlinville Sectional (56-59).  St. Joe-Ogden had a really nice pack with only a 34 second split on their top 5 led by Faith Houston's 6th place finish.  They sealed the victory with a 10-11-12 finish by Cassidy Bagby, Emmy Houston, and Ally Monk.

I still believe that Tolono Unity is the slight favorite at state as they have the advantage of a couple of front runners in Caroline Bachert and Evelyn Adkins.  The big question is whether or not Tolono Unity can get Jordan Harmon back in time for a run for the title.  If Harmon is anywhere near form, Tolono is the hands down favorite.  Rock Falls could be the team that sneaks up on these two powerhouses but they will have to have a much better performance from their number 5 runner.  They do have a formidable 1-2 punch in Alex Gomez who won the Oregon Sectional and Bailee Fortney who took 2nd.  Williamsville looked very good in winning the Elmwood-Brimfield Sectional and could challenge for a trophy.  I have a feeling that Champaign St. Thomas More make some noise as well on the strength of their front runner Fran Hendrickson.