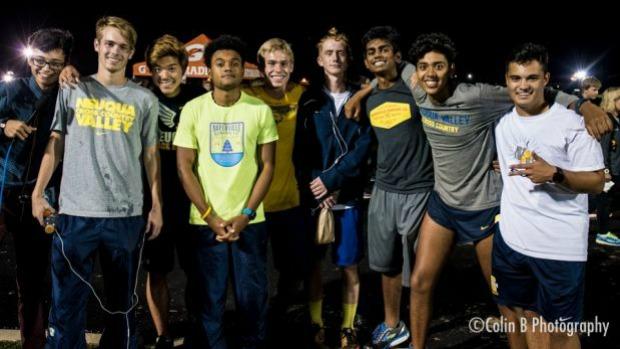 -They came, they saw, and they conquered.The Naperville (Neuqua Valley) boys that is. The Wildcats went crazy on their competition in winning two of the three races. They took the frosh and varsity championships and finished third (tied for first in composite time average) in the junior varsity affair.

Minooka senior Soren Knudsen announced his college choice ahead of the meet and that seemed to relax him a bit for the biggest race of the season. Knudsen trailed early Blake Evertsen (Sr., Hinsdale Central) for the first half of the race, but was able to assert his will on him and the rest of the field in the final mile to win in a season best 14:40. 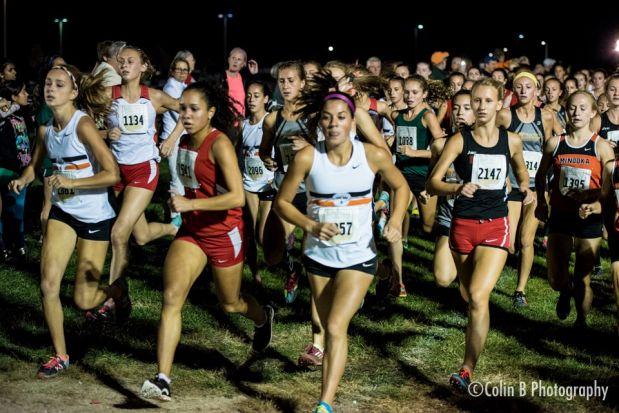 The start of the varsity girls championship race was rabid

Naperville North coach Dan Iverson seemed a bit distracted by his hosting duties. Maybe his slick minded competitors thought they could get a leg up on him while he was tending to the meet. No so fast! Once again his Lady Huskies put on a total team effort, especially in the final mile to defeat a great fleet of schools. It was not the state championship, but the high quality performance will go a long way in securing his team's psyche for the November post-season run.