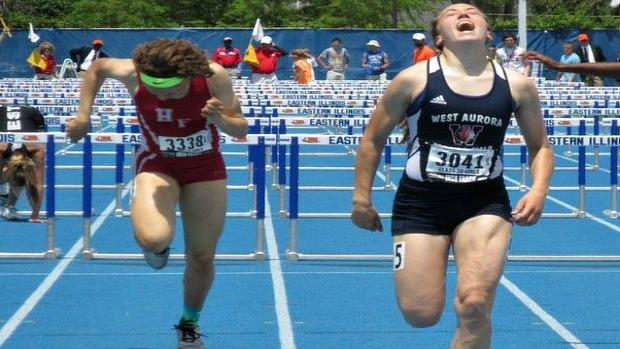 Now that Emma Spagnola is gone (in dark uniform), it should be Jayla Stewart's world in the short hurdles (Sabrina Mendoza image)

We once said the 3A sprints and hurdles were hotter than a stove. The wave of super talent coming and going over the past six seasons bared nothing but the truth. The list is too long to dispel but surely you have heard of Aaliyah Brown "the Franchise" and Shamier Little haven't you? How about Akinosun Morolake or Emma Spagnola? The talent pool has just gotten much lighter with the exodus over the past two seasons. We will now sit back and see if this year's batch of emerging talent can come to the surface and become stars.

Season outlook: It was predicted several seasons ago by Milesplit Illinois contributor "B-Side" that 2015 would be a down year in the Century dash. Perhaps he is right when you consider 8 of the 9 state finalists from a year ago have graduated. So in theory this could add up to a dry period right? Hold up! Not so fast... Brittny Ellis, a fleet of newcomers and emerging elites such as Olivia Oliver (Fr., Homewood-Flossmoor), Jessica Watkins, and Hannah Schlaman (So., Batavia) are aimed to keep up the recent quiet build up of fast, quality sprinting. The word is out that Ellis is going to give this event a very serious look and possibly add to her full time event log. The University of Miami wants her to run a few more short dashes this year to help her transition for the next level training and racing. Watkins is the lone wolf from the state final. She copped the 6th place medal and assisted on previously some stout relays. Yakira Love has been improving at a steady rate over the past year. Love recently completed a solid 2015 indoor club season.

Season outlook: One of the all-time greats is back in Brittny Ellis. Ellis has been a mainstay in the sport since she was seven years old. It is go time for the University of Miami (Florida) bound Ellis who has competed on the international stage this past summer in China.

Back home in Illinois, Ellis finished third in the deepest IHSA state championship last spring. No school girl has run under 55-seconds and finished lower than second. The build up to emerging talent will be on display this year and it's impressive. Ashleigh Wilson- here is a name that is not familiar to fans. She competed on the 4x4 relay for her school and barely registered in the rankings annals. Let's repeat this. Ashleigh Wilson did not register in this event until hooking up with the off-season master Thomas Boatright of the Aurora Flyers Track Club. Coach Boatright was able to tap into Wilson's basic speed and sprint mechanics. In addition, the endurance was able to improve making Wilson a dual threat in the 400/800 for 2015. Now the emerging senior is the second fastest returner (57.03) and someone of interest.

Tamia Rayford got tutoring from former superstar Emma Spagnola and seasoning on the AAU summer circuit. Rayford is a strength type long sprinter because of her middle-distance prowess, but will be a bigger threat once she taps into her 200m speed. Foster Ignoffo placed a surprising 6th place in the final; she will be improved for 2015. Ololade Ayoola tested the waters a little bit last year and this will ultimately be her event at the next level. She also worked with Coach Boatright in the off-season Hannah Cohn (Jr., Chicago Ignatius) has reportedly quit the sport to concentrate on her academics. If this is true there will be a void as Cohn moved up from the 100/200 to the 400 and earned a spot in the state final last spring. 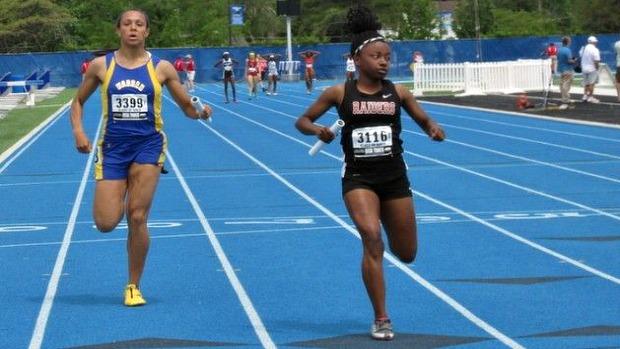 Season outlook: Brittny bypassed this event during last season's state championship round to assist her team in the 4x1 and the 4x4 relays. Don't expect a nationally elite kid to do it again in the clutch. Ellis is clearly the best returner by a mile and she will dictate how fast she will run (23.81 says alot). Angel Broughton ran out of gas at the end of the season. She could be on the top of the podium with a smoother season game plan. 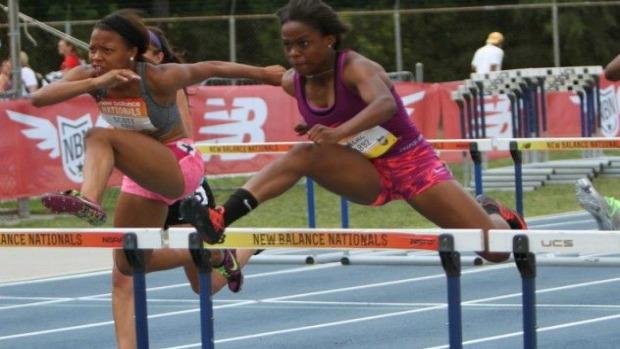 Season outlook: The Kryptonite known as Emma Spagnola has left the building. She is now doing damage for the University of Minnesota. This has to be good news for Jayla Stewart who had her best races against Spagnola but often in defeat. Sometimes defeat is a good thing if you can grow from it. Stewart completed the summer circuit with a personal best 13.81 and placed second in the AAU Nationals. Her confidence now is through the roof. She has gotten faster in her flat events and don't be surprised to see her try a few 55/60m this indoor season and possibly run a 100m dash or two in place of the 4x1 relay... Alexis Pierre-Antoine should be at her best here. She appears to be 100% and over the injury bug. The Griffins are going to need her contributions from a team aspect this spring. Lastly, Maya Neal will be making her way back to the top this spring as well.

Season outlook: Only three finalists return from last year. On of them is not Emma Spagnola. The first team All-American is breaking school records in the Big 10 at the University of Minnesota. It could be slim pickings this year with Morgan Schulz on the mend. The U of Illinois bound Schulz went down with a stress fracture in her foot that ended her great cross country season in late September. Can she recover and run to her original levels? Will she be a force in the 800m once again? The questions will remain until she gets out there and compete. The same can be said for the once promising Kyla Jimmar. Jimmar was cleared to train two weeks ago after suffering a big injury. But she has also endured a coaching change and may not be the same this season. Grace Cronin (Sr., Oak Park Fenwick) moves in from the 2A division where she was an all-state hurdler and broke 44-seconds. Sabrina Matias surprised many heads when she placed 7th in the state last year. She has big plans this year like getting into the low 44s but will need to diversify her portfolio if she truly wants to become an elite. The one to watch may be Maya Neal. She is an outstanding multi-events talent and a great junior soccer player. Neal has worked on some mechanics and especially getting her flat speed back.... finally and there is Alexis Pierre-Antoine. She is a member of the state's best team Lincoln-Way East. APA has been a contributor on record setting relays and been moderate in her specialty the hurdles- although she has run 45.91. Her coach and father Dwayne Pierre-Antoine believes 42s are in order. Talent wise yes. Evidence wise NO. APA hasn't shown that she can run anything fast over 200m indoors or outside. Until she gets into some 400s and run in the 57-second range the question marks will remain. Overall this event has so many scenarios and possibilities because Illinois is so talented. Stay tuned all season long.