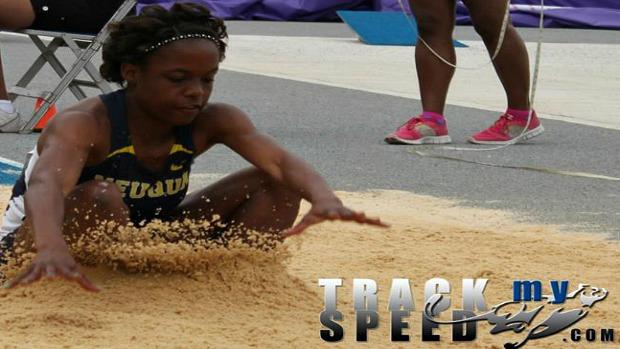 Season outlook: Before leaving for the University of Illinois Janile Rogers left a 20'4" imprint for the returners to shoot for. This is in essence is the cue for someone to step up and grab the long jump crown. Three years ago as a freshman Maya Neal was destined to wear that crown when she skied over 19-feet along side former teammate Savannah Carson. There isn't any scientific data or proof but ever since Neal has concentrated her efforts in the heptathlon, her individual performances have dipped. However, we may see the return of a happy and rejuvenated Ms. Neal this spring. The University of Tennessee signee recently polished off a personal record breaking club racing campaign. She now has her speed back and that should translate well on the runway… Brittani Griesbaum was the state runner-up last spring and will remain in the 3A classification. Griesbaum is also a speedy jumper who is one of the top 100m dash girls in the state… watch for triple jump specialist LaJarvia Brown to improve her stock in her secondary event as the season progresses.

Season outlook: A jam packed field will return making this one of the deepest events in track and field. The top three as well as 11 of the top 14 state finalists are back. Brooke Catherine is ready to clear the 13-foot mark this spring (if not sooner). She is another proven vaulter out of the outstanding Flying Dragons Vault Club. Julia Junkroski took second last year in state and will be motivated if nothing else in assisting her team in trying to win a third straight team state title. One athlete not included in the mix is Hannah Swift. Swift, a senior transfer from Canton two seasons ago, is also a member of the Flying Dragons. She should be ready to reach big heights this spring. 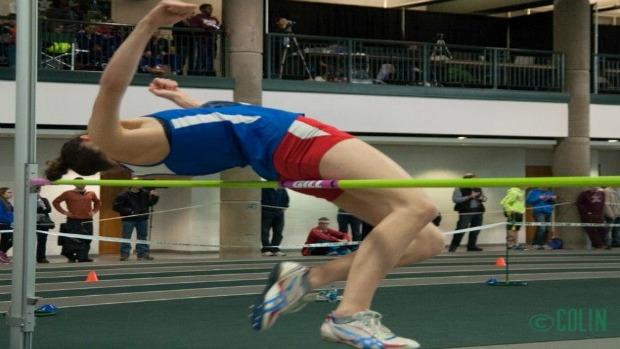 Season outlook: Emma Haugen is a two-time state champion on task to close out an outstanding prep career. Haugen is a winner in the sense that she steps up and meets her competition head on when the opportunity presents itself. Her personal best of 5'8" could reach into the 5'10" neighborhood this season. Lincoln-Way East has two proven jumpers in Ololade Ayoola and Julia Junkroski. Both of these young ladies share the same state best effort and will merge together to maximize team points again this season. Overall, it appears as many as another half dozen girls will vie for top spots in this event.

Season outlook: A freshman surprised the largest classification by winning the state title. Courtney Morgan stepped up like a veteran and took out very experienced and mature field. She will be joined by teammate Holly Julifs who took 9th. There could be a slight fall off this season because long time head coach/throws coach Jim Braun has retired. Braun had originally coached and taught at Waubonsie Valley. But on the other side of the coin throwing is as much a technique sport as it is power and strength. So at the very least Morgan will be among the top of the class this season.

Season outlook: LaJarvia Brown just missed the legal wind mark that would have put her inside the top 20 national leaders. Still she cleared the magical 40-foot mark and completed an undefeated season. Brown and Vika Marmaite staged a great battle despite Brown winning the state meet on Friday. She dropped another 40-foot bomb on Saturday to dispel Marmaite's nice 39-7 effort. Maybe neighboring Karla Marshall can get a bit of revenge against Brown this season. Hopefully, we all will see the same stuff with more fanfare in 2015.

Season outlook: Metea Valley returns the top two performers from a year ago in Morgan and Julifs. The girls went 2-3 at state; Julifs ranked US#21 in her favorite event and both outstanding throwers should be working together to become the best tandem in Illinois history.