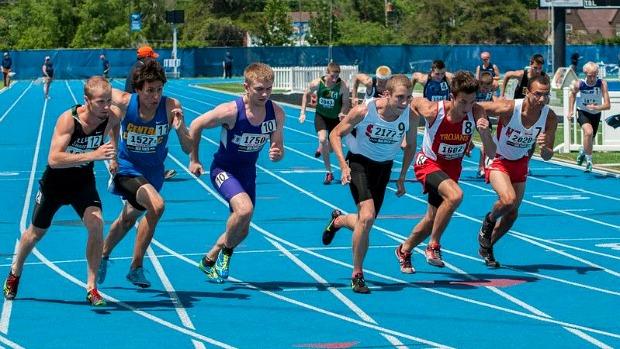 Not a single competitor at the 2A Boys track level enters this season with a state track or cross country state championship… so the story of this upcoming track season is how wide open the 3200, 1600 and 800 meter races are. Last's years 2A distance State finals ran more seniors than any other division so there are very few returners with state experience in all three of these races. However, this means a wide range of runners aspire to take home a state championship so there will be some fantastic races this spring.

Ray Lewis Theory: Last year, Joe Singleton (Glenbard South) was the only runner under 9:20, pulling away from Noah Affolder (former Mascoutah freshman) and Simon Thorpe (Dixon). Shane Williamson (So., Vernon Hills) did not run at the 2014 IHSA State Track finals but he is probably the favorite in this race. Williamson emerged as one of the top sophomores in the state, finishing 3rd at the 2A Cross Country state finals behind the Hoffert twins (Jake and Luke of Yorkville) in 14:37. Williamson can prove to be a force in the 2A Distance scene for the next three years with a strong performance this spring. Alex Keeble (Jr., Mahomet-Seymour) is the top returner from the state meet, where he finished fifth in 9:35, and finished 4th behind Williamson at Detweiller in November.

Ray Lewis Theory: Only two runners return from last year's state final, which Ben Mohrdieck (Vernon Hills) won in 4:20. Salvatore Flight (Sr., Oak Park Fenwick) is the leading returner, finishing fourth in last year's race, and plans to focus on this event during his final season; however, he will have to overcome a collarbone break that he suffered last summer and is still recovering from. Shane Williamson has much to prove on the track, but has shown that he is possibly talented enough to handle a 3200/1600 double is that is the path he elects. Nick Fiene (Sr., Illiana Christian) dropped a 4:22 in late April, but failed to move out of prelims at state. That and state cross country race where Fiene barely missed an All-State spot (26th in 15:08) should motivate him further this year. Similarly, Lance Mueller (Sr., Waterloo) ran 4:23 at sectionals but suffered a rough prelim draw and also missed the state 1600 final; he will be a player this spring.

The Ray Lewis Theory: 2014's 2A 800 state final was another senior heavy race; the first eight finishers in the race have all graduated, which leaves Connor Stine (Sr., Stanford Olympia) and Curtis Reed (Sr., Mt. Zion) an as the top returners from that race; however, Sean Zerrusen (Jr., Effingham) and Alex Bruno (Sr., Normal University) have the top returning times, virtually the same at 1:57.06/1:57.07. Despite not making the final, Zerrusen gained valuable state championship experience for this year. Bruno was on the wrong end of a fast pack at the Dunlap sectional and did not qualify for state. Bruno will hope that his first trip to state will be a competitive attempt at the state title. John Mangold (Sr., Metamora) was the first man out at state last year but ran 1:57.36 during the year. Most of these runners have broken 1:58, and countless others are not very far behind. This race appears to be wide open entering the season, more so than any other single distance race in 2A or 3A I have seen. Strong talent tends to emerge in races like this: last year Normal University's J.D. LaFayette set the 2A state record in 1:51.48. It may seem unlikely that time will be broken this year but that is impossible to promise. This is going to be a great season.