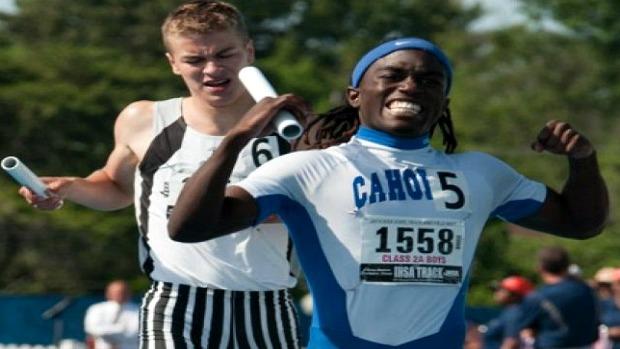 Relays are a vital part of running track and field- especially in high school and at the state level. It often can make or break one's team chances of winning a meet. It doesn't matter if it is a dual, invitational, and especially the state championship. Cahokia demonstrated perfectly how important relays were to their program last season when they won their fourth consecutive state title. Head Coach Leroy Millsap puts a strong emphasis on the four disciplines. The Comanches won two relays and placed well in the remaining ones. The final tally at the end of the day was a solid 90-84 victory over Maple Park (Kaneland).

Event outlook: It is going to be interesting to see how this event shapes out this season. There was a lot of graduation and movement within the last year to the point where one team may have a monopoly on things. Cahokia will be strong again in this event as the group of 400/800 hybrid athletes show they can put together a string of sub 2:00 splits. Defending champion Illiana Christian will be hard pressed to make back to the mountain top as will Kaneland. But keep an eye on Champaign Central. The Maroons have a tight returning team coming back.

Event outlook: Defending state champion Cahokia is incredibly deep again and when you consider they never loaded their ace squad for the state title run, it makes things down right scary. Runner-up Chicago Dunbar was projected as a major threat to the Comanches until the IHSA changed their classification and moved them up to 3A. So perhaps Galesburg is a team of interest and one that could possibly produce some big results this season. The Streaks will have emerging superstar junior Josh Eiker in tow. Eiker had an amazing year in the 100m and 200m dashes a season ago. Only time will tell if he can elevate his relay mates to another level.

Event outlook: Cahokia once again was at the very top of relay supremacy at 1:27.62. Coach Millsap moved some key parts around so he could have a competitive state unit that ultimately finished second to Phillips. Speaking of Phillips, the south side of Chicago school won their first state relay title in forever with a tight knit bunch that stayed together since freshman year. The football team made a historic playoff run that resulted in a state runner-up finish. Many of the players are track men. This should bold well for senior Dewayne Collins and the Wildcats.

Event outlook: The record setting Comanches actually took it easy on the competition in the grand finale event and still controlled things against Kaneland. So what do you think will happen this season? Well for starters, don't worry about the line-up that contained two seniors in it from a year ago. This year's squad will be better. Much better! We are possibly looking at a unit capable of hitting 3:12 when it is all said and done. That's right- 3:12. Coach Millsap's bunch outputted a sizzling 3:21 in January on a 200m track down in Arkansas. The lead off leg in that race was Ja'mari Ward. Yep. Ja'mari Ward the ace triple and long jumper showing off some long speed endurance. Burlington Central and who ever else will be in chase mode throughout 2015.