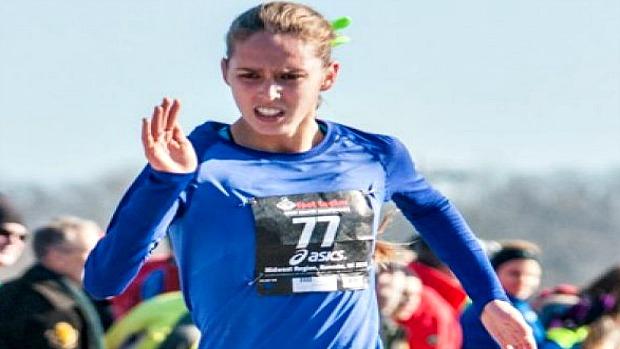 The 2A division was shown an infusion of talent at the start of 2014-15 school season led by the junior from Peoria (Notre Dame) in Maryjeanne Gilbert. Gilbert produced one of the most memorable cross country seasons this past fall by any Illinois school girl. Now she and a few other ladies hope to continue the surge through the upcoming track and field campaign.

Season outlook: Maryjeanne Gilbert returns as one of the nation's top distance runners. The smiley pupil who was homegrown in the central Illinois town of Peoria produced one of the most amazing cross country seasons in Illinois history last fall. Ms. Gilbert set the classification three-mile record with a sizzling 16:12 (5:23 avg)- #2 all-time at Detweiller and anywhere else for that matter. Now, it is time to see what happens on the track where times truly don't lie. Although the Footlocker All-American Gilbert did not specify what her goals were for the spring, it is believed that she could hit the 10:10 mark by the end of the season. If so, she will be the center of a recruiting war nation-wide for her services in 2016... don't forget that Yorkville moves to 3A for track and field so that means that xc runner-up Alexis Grandys (So.) and perennial standout Skyler Bollinger (Jr.) will not be around to cause any distractions. Abigail Nadler (Sr., Chicago Latin) has her eyes on the 1600m. But of course there will be someone emerging to the top of the charts this season. 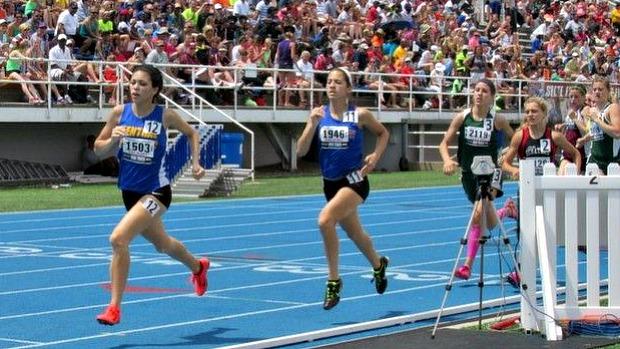 Season outlook: The lone wolf known as Karina Liz is a consensus triple-threat to repeat in an event that she went undefeated in stateside last season. When you consider the balance of speed, endurance coupled by extreme confidence how could anyone disagree? All of these attributes may add up to a few record breaking performances over the course of a long track season. No 2A girl has ever broken 2:10 in the current three-class system. Liz is on target to do it this year. As of mid-January she had produced a state leading 2:16.17 at a low key AAU indoor meet... 2014 all-state runner Ally Goff (Jr., Springfield) has moved up to 3A. She would have been a key figure to challenge Liz. Megan Shaffer did not contest this event much during the outdoor season, but she has split 2:14-15 in the 4x8 relay. If she doesn't put all of her eggs in the 1600m or relay, we may see her run this event more. We already know how good Jenna Lutzow is. Too bad the super sophomore will be in 3A this season. Let's see if the other little known sophomore Madeline Bruce can produce another good track season like the one that she had last spring that netted her a sixth place finish medal in Charleston.

Season outlook: There was only one classification girls who broke 5:00 last season indoors or outside last season. There could be as many as a half-dozen this season if the competition and weather align together. Maryjeanne Gilbert should lead that charge now that she has reached a new level in her running. She probably could challenge her 5:06.33 personal best from 2014 at this very moment if asked to. Don't be surprised if she hits around 4:50 this spring. Megan Shaffer may have the second best returning resume, but it is the hidden talent of Karina Liz that many girls should be losing sleep over. She quietly went out and ran 4:48.32 1500m last summer at the AAU Nationals. This is something that cannot be overlook... don't sleep or you might miss something great!