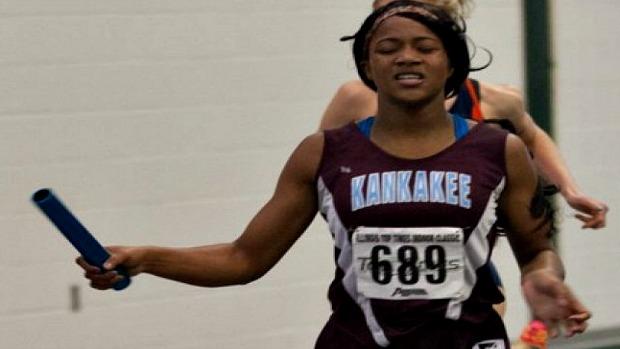 Season analysis: Last season was an emotional one for Washington and the community they in. Sports became one of the remedies that got people through tough times. The Lady Panthers did not forget about the tornado that destroyed their town in November 2013. The final results on May 24th produced a resounding three-second victory over Lombard (Montini). Now it's Montini who could be the favorite. Despite losing their fast anchor to graduation, the Lady Broncos will find someone through their solid distance program. Mattoon is another team on the verge of being a contender if they can find one more piece.

Season analysis: Kankakee should be seething after losing out on a state title that was seemingly theirs. The Kahoks rolled their "A" team through big invites and the state prelims with ease. But unfortunately Johnson Prep had Ryan Preacely on their side and she would not let her team lose in the final. A good Springfield team that finished second will have to adapt in 3A. Cahokia will return all four legs and don't think for a minute they have slipped.

Season analysis: The defending champs should be prohibitive favorites to repeat and become one of the best units in the Midwest. Senior Tyjuana Eason is a formable speedster who has been here before. The Kahoks will need to find a solid lead off as Kenyae Collins has graduated. Big losses by Brooks and Johnson Prep coupled by Springfield moving up to 3A will put squads like Springfield Southeast and Galesburg up a notch. Chicago Morgan Park is a team on the rise with some new talent in the program.

Season analysis: Defending champion Springfield once again will have to face competition in 3A; Springfield Southeast will have to replace top one-lap special Shirley Jones... so it all may come down to Metamora. The Redbirds could thrust themselves into the top spot with three returners back from a third place state finish. Gillian Urycki, the junior jump specialist, will lead her team up against the likes of a mighty Cahokia unit. Cahokia never stacked their team once last year despite having the top quarter-miler in Mariya Hudson and top athletes in Raynesha Lewis. The Comanches could possibly be a 3:52-53 unit at some point during the season.