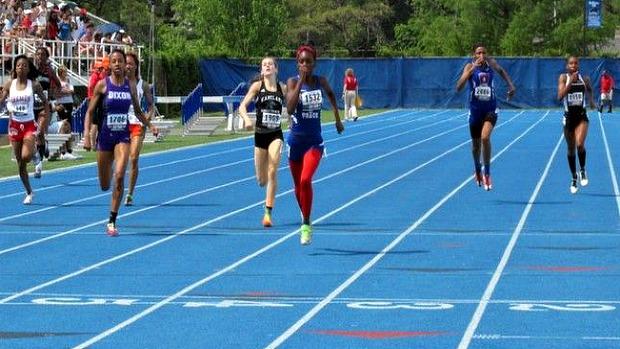 Classification movement will continue to put the sprints and hurdles on an unbalanced plane. Still, it should not keep up and coming athletes from emerging and becoming the next big thing.

Season outlook: 2014 was a great year for this event and the 2A division was the place to watch the hottest action. The two best sprinters in the state have graduated and moved on to college. Ryan Preacely is off to Ivy League confines of Cornell University while Ebony McClendon, formerly of Chicago Brooks has taken her talent to the University of Wisconsin.

The cupboard is not bare in anyway as some key emerging talent is going to rise to the surface. Anna Sloan is destined to have the “Ryan Preacely" type this season in that she speaks with her feet. Well the hype is about to begin… Sloan has soaked the track with some solid times in the short sprints including a fast 7.14 55m clocking. Then there is the Central Illinois talent Sierra Thompson lurking in the background. Thompson blazed 12.15 and 12.18 in several meets, but also churned a few clunkers down the stretch and did not advance to the state final. The name of the game for Thompson will have to be consistency if she hopes to be among the elite. Watch out Tyjuana Eason. She placed 4th in the state final last year, but her money was earned in relay detail. That label will change this spring. Lastly, keep a tracking device on Stacia Lee. Despite not getting much fanfare from her city, she has proved to be a sprinter that is legitimate.

Season outlook: The gifted phenom known as Mariya Hudson took care of business by going coast to coast and winning the state title with ease. She is an easy choice to repeat and put up some sickening times during the process. She also produced a number of top marks in several other events. She even tried hurdles during the AAU circuit and busted out a 15.38 legal wind mark. Don't forget about her leaping ability! She was all-state in that event too.

Fellow underclassman Nicole Sreenan enjoyed a great introductory high school campaign. She dropped from 1:00 to 56.4 in a span of two months. Sreenan did not contest the 200m very much despite having decent burners. She will need to get some quality short races under her belt in order to improve her raw leg speed and hopefully close the gap on Hudson. Dasia Evans and Dominique Lewis are considered persons of interest. They should be dangerous on the track this season. Karina Liz (Jr., Aurora Central Catholic) has some wheels in this event if called upon. Alexis Grieves (Jr., Metamora) is a 57.78 performer.

Season outlook: Once again the top two speedsters have graduated. Hudson, Lewis, and Sloan were sub-25.00 performers. Hudson is the best of the lot here and may actually stay in this event as a regular despite being pulled by other factions.

Season outlook: It could be a banner year for Cahokia in this event as a season of tough experience should payoff. Raynesha Lewis had an opportunity to become a state champion but a mishap in the state final forced her to finish last. Olivia Ness clocked a fast time during a session or two last season. Chante Stonewall ran well when it counted- 4th at state despite only ranked 10th. She also won the 2014 Top Times Indoor 60HH title.

Season outlook: Stonewall is the 3rd fastest returner in all of Illinois. Now as a junior she will be looking to push the boundaries of what is considered fast in this event. Ironically, Stonewall does not have a flat race resume to speak of. This will need to change if she wants to get into the 42s. Too bad 43.93 performer junior Grace Cronin of Oak Park Fenwick has jumped ship to 3A- otherwise we could see a rivalry building.