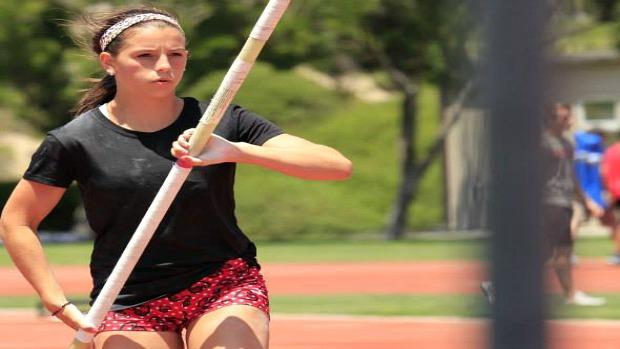 It is true that some familiar and very talented young ladies who have elevated the field events in 2A to prominent status have graduated. But at the same time there are a few top draws to look out for. The long jump, triple jump, and pole vault appear to be the top events on the docket. Kassadee Ifft of Prairie Central is one such young lady that will rise to the top (Kassadee Ifft image).

Season outlook: The long jump should see a remarkable growth despite the graduation of the state champ Lexy Duncan and runner-up Dana Turner. Raynesha Lewis finished 3rd in the state but had the classification's best performance at 19'1". If Lewis can't be consistent, several competitive leapers will be there to pounce on her. Gillian Urycki is one such jumper who has shown success over the past year grabbing several notable accolades including an AAU All-American medal. Vicky Gruszka and speedster Mariya Hudson are key notables.

Season outlook: The all-time best vaulter Lindsey Murray in state annals has graduated and taken her talents to Southern Illinois University where she is still breaking medals. It will be tough for anyone attempting to match Murray's feat. Kassadee Ifft may have serious visions of clearing 13-feet after a nice 12'9" PB. She has attempted the distance on a few occasions. Claire Buck is probably the most diverse vaulter in the state. Buck has competed fairly well in cross country throughout her high school career and put the burners to use on the track. She will compete with Ifft for the title of the best vaulter in the state.

Season outlook: A deep field last year doesn't mean that this year is going to produce the same quality of efforts. Haleigh Knapp and Molly McGraw leave behind 5'8" and 5'7" clearances. Dasia Evans busted 5'7" on one occasion, but it appears that she appeared more invested in competing in the 400m. If she decides to focus more time in her secondary craft, some major dividends would be produced. Jamari Drake placed 9th in state but she won the Illinois Top Times title with a 5'5" mark. She is in line for improvement. 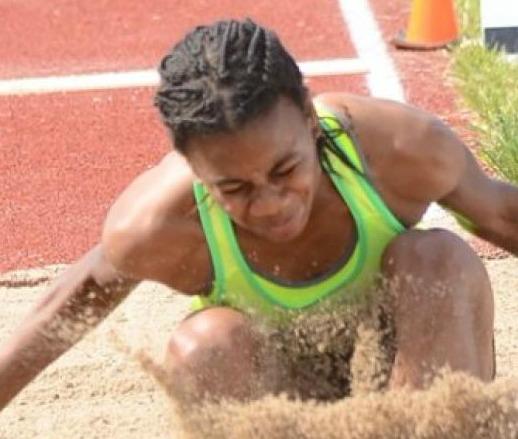 Season outlook: This will be an interesting event to watch with the emergence of some quality competitors. Let's start with Vicky Gruszka. She didn't have many competitions under her belt so the brand name might not be as familiar with fans. Now that Gruska is a state champion she will not be able to sneak up on her foes. It is also conceivable that she could top out over the 39-foot mark. Jaimie Robinson quietly stepped to the stage and earned a second place medal at state. She would later continue to train and race during the summer- improving and getting better by showing consistency. Raynesha Lewis has a personal best of 40-6w which makes her an instant title contender. Her mark is also the top returning performance of anyone coming back regardless of classification.

Season outlook: A solid field that featured will lose quite of bit talent and firepower. State champion Gabi Jacobs and list leader Lena Giger both have graduated. This open event may see the emergence of Elle Alexander who placed 7th at state last year. Alexander heaved a personal best 125'6" in the sectional round. Emily Kauffman placed a spot behind Alexander in the same championship will have added incentive to best a competitor that she knows. Also Mary Grace Inyard should be a factor. The junior from East Richland hurled the plate 122'6 last year.