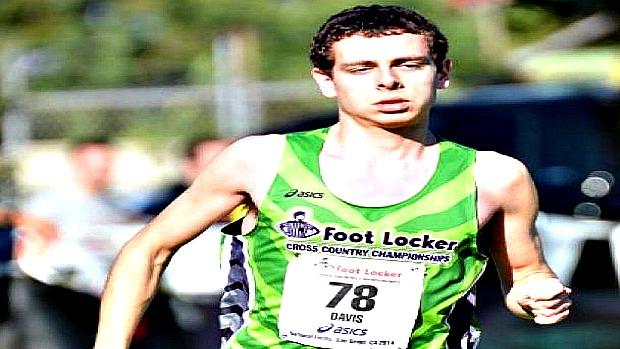 The distance side of things in Class A is going to be wonderful this season. At least it plans to be for emerging superstar Jon Davis. The Fithian (Oakwood) junior has taken his running into his own hands over the past school year starting with a beefed up regular season cross country schedule. He realized competing against the arduous 3A competition whenever he could has made him a better runner in general. The end result was a second consecutive state championship and a berth into the prestigious Footlocker National Championships in San Diego, California. Davis kicks off the Class A distance preview with a quick thought or two on his goals for the upcoming track season.

Coming off of a great xc season what are your goals for track in terms of times and what event are you going to concentrate on?

Do you have any big indoor and outdoor meets lined up this season?

Season outlook: The once underrated and under-appreciated Jon Davis will no longer have that sentiment hanging around his head. He has clearly established himself as one of the best distance runners in the state of Illinois, Midwest and perhaps in the United States. Davis won the Class A state cross country title in near classification all-time best. In other words he bodied his competition; his 14:20 3-mile time was 42 seconds faster than runner-up Eric Ponder and it was the second quickest mark of the day (three classes). So what does this mean? If the dividend returns are right for the Footlocker Cross Country national qualifier, we all very well could see some of the predictions that Davis has laid out for himself.

Ponder will give chase after Davis in spirit and on the track all season long. If Ponder can be patient and settle for the outcome, he is going to produce some good marks. It is certainly conceivable for Ponder to reach into the 9:15 range if he races hard when it counts. He and some of the other top classification kids are going to have to learn to sell out on the track in big meets. Get after it!

Watch for Tanner Chada. This yearling followed up a good freshman campaign with a great year in xc. He was outkicked by Ponder in the final stretch of the state meet and took 3rd in 15:02 (same time as Ponder).

Season outlook: Two-time state champion Michael Brown has graduated, state runner-up Tye Sutherland (Cumberland) is gone, and Wal Khat (Mooseheart) is out of high school eligibility. So essentially the top four guys from last year created a void in this event. Michael Cook could be the man in this event if he chooses to. But there is a feeling that he likes the mile so much more. It after all is the glamour event of track and field, however, in high school success is success, and perhaps being on top of the mountain at the end of the day is a smarter choice. Andrew Warnes is strong here and will become a key factor when it counts. Look for him to improve from 1:56.45 and get into the 1:54 range. State champion 4x8 anchor Tyler Johnson (Jr., Pleasant Plains) could make his entrance here if the relay can't reload. And finally… state cross country champion Jon Davis is going to run a few more half-milers to sharpen his speed. The key figures better hope he doesn't get any visions of taking this race serious.

Season outlook: The previous lightly race Jon Davis produced a classification best 4:20.07 last year. That time will get buried this year for sure. Davis wants to run 4:05. Can he do it? It is a time that most pundits will say is a bit of a stretch. Maybe so. But 4:10 is not… Tyler Johnson will at his best here; Eric Ponder will be tough too. There are lots of other possibilities with a slew juniors including Cory Landon that fans better watch out for.