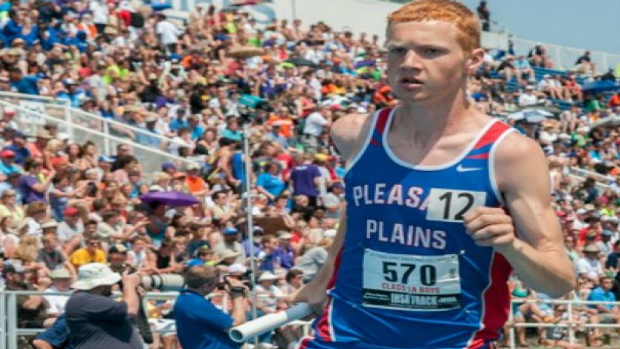 Class A is a little different than say 3A to restock talent and/or relay legs. Let's take a look at each event and what may become law in 2015.

Thoughts and analysis: Class A is a little different than say 3A to restock talent and/or relay legs- especially the two-mile relay. It will usually come down to numbers as you very will know. So it is not uncommon seeing multiple kids doubling back from the 3200m... defending champion Pleasant Plains lose two key figures but return three if you add Mira Patocka (Sr.) who qualified individually running 2:02. Of course cross country all-stater Tyler Johnson would need to be in tow again.

Shelbyville- Top three runners are back

Sparta- The team that finished last in state will all be back. They will be a team to be reckoned with this season.

Elmwood- Don't expect the cross country champion squad to finish 11th in the state again in this relay.

Thoughts and analysis: Defending state champion Eureka and state runner-up Aurora (Christian) suffered heavy losses entering this season. It may be in Eureka's best interest to let Brett Charlton go for solo accolades this season. He will now have an opportunity to become a 100/200/400 specialist if he chooses to. The opportunity for several emerging teams will now have an opportunity to be among the best. Erie Coop could be a team to watch this season with three starters back. Arcola took 4th in state and return a strong unit. However, they don't have any one standout runner.

Chicago (Leo)- The Lions have won more state titles in this event than any other team. They have the makings of another great team with three legs back.

Staunton- Three legs back from a 7th place state team makes them enticing.

Pana- three legs back from a 43.95 running squad

Thoughts and analysis: If star sprinter Brett Charlton doesn't have another enough support to repeat and/or dominant the ranks he may end up running the open 400. One team that will have trouble fielding a team similar to 2014's great run is Aurora Christian. The Eagles lost all four legs from a state runner-up quartet.

Madison will be a team that some feel will be strong despite losing two legs and having no depth. Can the incredibly tiny Trojans program deploy some incoming youth to reload? They do have the talented senior Andre McGill back; Sterling Newman Catholic and Brady Rude (Jr.) return three legs; Elmhurst (IC) placed 8th in state but will see all four legs back as will Taylor Rockridge. 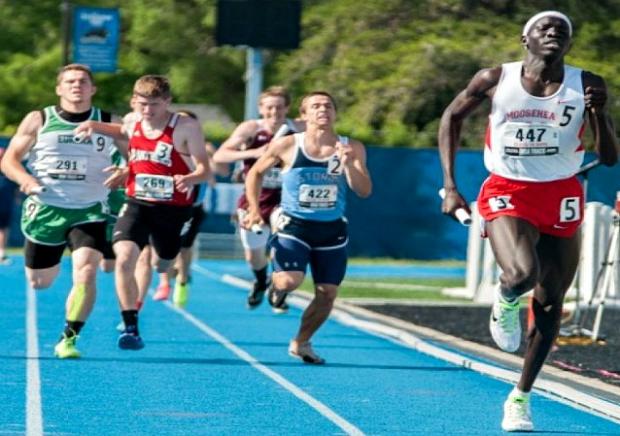 Without Wal Khat patrolling the anchor this season, Mooseheart will be AWOL (Colin Boyle image)

Thoughts and analysis: No Wal Khat means no repeat for Red Ramblers. He was barred by the IHSA for using his senior year. They cited age eligibility reasons... Teutopolis is also a team that will suffer from major loses. The Wooden Shoes graduated three starters and 6 of 8 from their personnel as well as Kyle Blievernicht; Elmwood only loses their anchor from a state finalist unit; Dwight will be a tough squad this season with three starters on the scene.