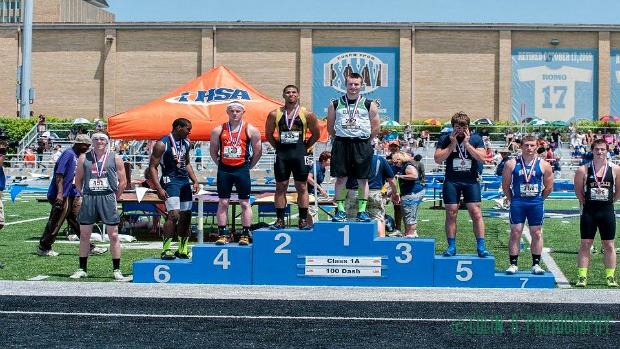 The landscape of Class A sprinting is going to be even more different than last year due to heavy graduation- especially in the 400m. All five sprint events experienced a major power outage. It will be interesting to see who will step up as the long season unfolds.

Note: The rankings are based off of the top returning marks from the 2014 outdoor season and do not include wind-aided times.

Season outlook: On paper this event appears to be the strongest on the sprint docket. It will start with Illinois State University signee Brett Charlton. Charlton is the defending state champion and the man to beat. But it will also sound like an oxymoron in that Charlton is beatable in a crap shoot event. Andre McGill is a premier sprinter hailing from a stout program in Madison High School. McGill has what it takes to be the man in the classification. Some fans are probably wondering about this character Brian Kruzan. He is a senior from Lewiston who produced the top time from a year ago (10.73). He may have peaked or got injured prior to the state series which prevented him from maximizing his full potential.

Season outlook: On one of those rare occasions where an entire state finals field has graduated, the quest for individual supremacy is up for grabs. So where do we start? Illini West senior Jacob Sholl could be the successor because of his solid credentials. He did not compete in the state series despite winning the Top Times and amassing a personal best 49.90 during the regular season. Scholl's wheels could be the deciding factor based on his prowess in the 200m. Aaron Harris (Jr., Lisle) is quietly building himself into a person of interest so far during this indoor season. He has run 52.06 and if you include his experience in the 200m and competing for the great Tom Boatright (Aurora Flyers head coach) in the off season has assisted the progression. Super sprinter Brett Charlton could take up the challenge on a part time basis. He ran in a handful of 400s last year including a personal best 51.77. The 400 may be Charlton's event of the future. Michael Bennett was the first man out of last year's state prelims (50.92). He will be motivated in becoming a key figure this season. 100/200 specialist Andre McGill may give this event a serious look this season.

Season outlook: Jacob Sholl ran a great race last spring in Charleston. He upset the favorite Brett Charlton who may have been spent after an emotionally incredible state finals. The pair will duel again this season as will Brady Rude. Don't forget about Andre McGill. He was disqualified in his state prelim heat last year. Prior to that race he was undefeated against classification foes. Aaron Harris will play a bigger factor in this event as well this season.

Season outlook: Josh Kirby is a solid 400m runner but will probably concentrate his efforts in the short hurdles- especially after earning state runner-up honors last season. His 14.87 pb was over a half-second improvement from the previous season. Aaron Luesse is the only other hurdler to break 15.00. He placed 6th in the state last season. Watch for Dylan Binion and Regan Todhunter. Todhunter will double back in the relays. Joe Feemorlu is also a solid hurdler. 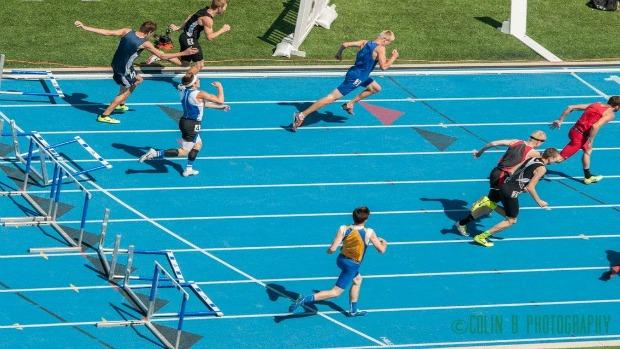 Season outlook: It could be lean times in an event that is harder to restock than flat events. You see, the hurdles is a specialty event that require an ample amount of time to learn and become skillful at. Cole Deming is the leading candidate in this event.