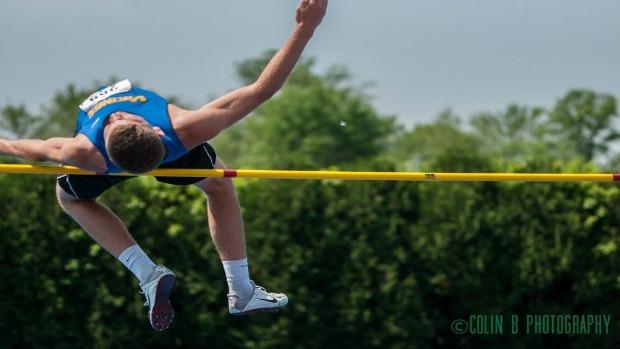 The Class A Boys field events will be going through some changes with transfers, graduations, and movements. Let's take a peek inside each event.

Season outlook: It is always a good sign for an event whenever a defending state champion returns such as the case for Corey Kersey. Kersey and three other successive leapers are back for more in 2015. Marcus Sitko hit the board for a personal best 22'2" last year. Brady Rude comes from a good lineage when it comes to track and field. His older brother Nick Rude dominated the ranks a few seasons ago. This could be Brady's year to boss after finishing third in the state in '14. He is also a solid sprinter and relay specialist. Bryan Heath is another quality jumper whose full potential is still ahead of him despite placing fourth in Charleston last spring. Devon Laubscher jumped 22-2.25 but did not compete in the state series. 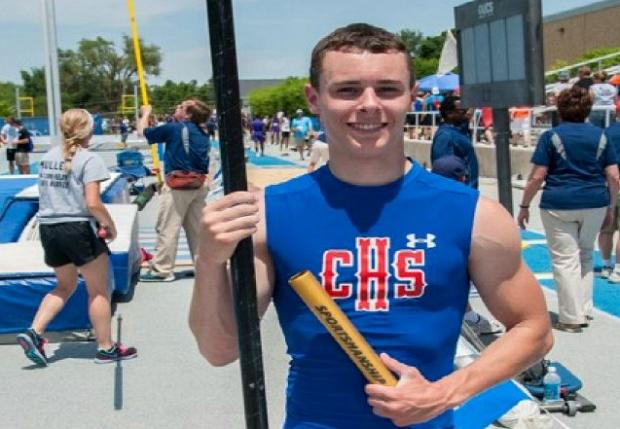 The all-time classification leader Jack Denby in the pole vault

Season outlook: The all-time best classification vaulter Jack Denby has moved on to the University of Wisconsin. He leaves a bar set very high at 16'3". The question is who will enter the field as the next great vaulter? Or say re-enter the field. Let's appoint junior Adam Coulon of Downs Tri-Valley as this person of interest. Coulon was the middle school phenom who broke age group world records every opportunity that he got. Upon entering high school as a freshman, things came too easy for Adam. He set a freshman national record of 16'2" and posted the best ever vault for Class A in the process. However, it was during last indoor season that rumors began circulating that Coulon was hurt. He would eventually miss the entire 2014 campaign- a lost season and he was quickly forgotten about. But after the dust settled, an inquiry was sent out to the Coulon camp. Flying Dragons Pole Vault Club head man Mike Cockerham responded quickly in saying that fall workouts had gone well for Adam. "Adam is working out and looking really good," he said. "He is [jumping in the 15'6"] range." So hopefully with continued rebuilding of the confidence and health, we may all see some great performances this season.

Season outlook: 9 out of the top 12 jumpers from last year's state championship return including the victorious Derek Wegman. His 6'9 personal best obviously came at the right time considering he had never competed in track before. Now, the state champ will wear the Bullseye jersey this season. Tyler Owen has an opportunity to challenge as one of the best jumpers in the again after placing 8th. Cody Leonard is also threat in this event.

Season outlook: There should be plenty of competition now that state champ Jason Fry has graduated. This event was not very deep with only 7 throwers over 50-feet a year ago. It will continue to be lean because most of the top 10 were seniors. 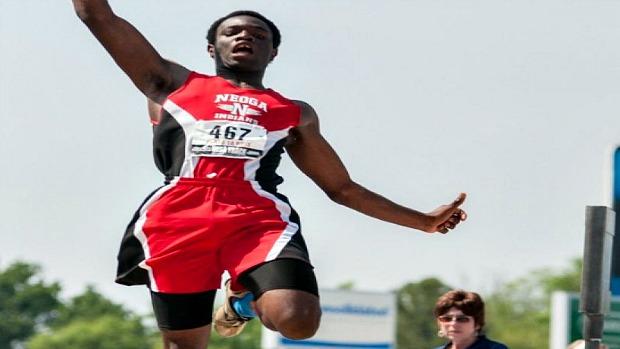 Season outlook: Corey Kersey has the jump market covered. The triple jump specialist is perfect in this event over his career- not even a claim that Cahokia legend Ja'mari Ward has on his record. It is simple and plain: Kersey is quietly one of the best leapers in the state regardless of classification- only Ward stands in his way. This kid is clearly a monster in competition but does not have the same vehicle to elite competition. Kersey is also a 6-4 high jumper which would put him in contention for a state medal if he chose that route. The best bet on for Kersey is to stick with the horizontal jumps. Also watch out for Derek Harvel. He will be motivated to be one of the best leapers in the state after not advancing out of the state prelim round.

Season outlook: Jonah Walker wasn't favored last year until it mattered. The state championship. He would beat many of the state's top throwers in the process and win by the slimmest of margins against Blaze Murfin. Murfin has thrown over 160-feet on several occasions- up from the 140s. Manning Plater is the state's top hurler at nearly 180-feet. Plater should be among the best in the state this year.