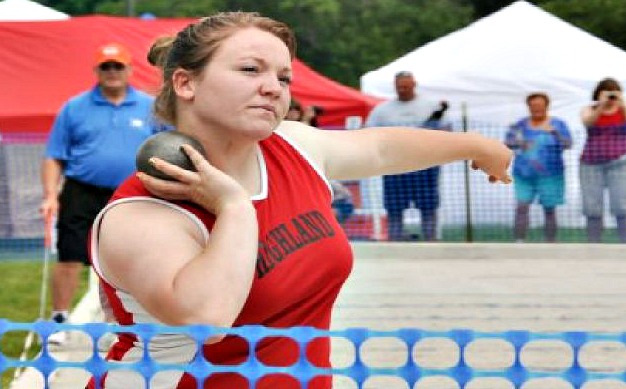 
The more things change the more they stay the same. It is true that some familiar and very talented young ladies who have elevated the field events in 2A to prominent status have graduated.  But at the same time there are a few top draws to look out for. The shot put, triple jump, and pole vault appear to be the top events on the docket.  Lena Giger of Highland will be the spotlight athlete in this arena, but she will not be alone.  Watch for Haleigh Knapp do her magic in the high jump pit all season long.

Long Jump-
2013 State Champion: MaShayla Kirksy (Sr., Melrose Park Walther Lutheran) 19-1.75 [+0.0]
Key returners: Taylor McCammon (Sr., Kankakee McNamara), Brittani Griesbaum (Jr., Lake Villa Lakes), Lexy Duncan (Sr., Dixon), Dasha Thomas (So., Cahokia), Gillian Urycki (So., Metamora), Leona Burton (So., Morris), Lauren Zick (Sr., Maple Park Kaneland).
Outlook: The two-time winning state champion MaShayla Kirksy has taken her jump show to Depaul University.  Now there is an opportunity for someone else to become the long jump queen.  If form charts hold true then it means that Taylor McCammon is in line to become the heir apparent by virtue of her 18-5 personal best and second place finish in last spring’s state final. If she can’t get the job done this spring then look for several fresh faces in Dasha Thomas, Brittani Griesbaum, and perhaps Lexy Duncan to step up. Thomas could be a surprise here since she comes from the Cahokia jumps factory that has produced so many boys champions over the years... Kyla Jimmar (So., Oak Lawn Richards) didn't register in this event in 2013 but has already hit the richter scale with a 17-0 jump in December 2013.


Pole Vault-
2013 State Champion: Sarah Bell (Bloomington Central Catholic) 12-9
Key returners: Kassadee Ifft (So., Prairie Central), Claire Buck (Jr., Troy-Triad), Lindsey Murray (Sr., Harrisburg), Christina Delach (Sr., Maple Park Kaneland), Laryn Sapetti (Jr., Rochester), Tuley Maeve (So., Lake Villa Lakes).
Outlook: Now that the living legend Sarah Bell is now at Vanderbilt University vaulting, it is time for the next up and coming vaulter to shine. Kassadee Ifft is the premier choice after several defections (will be explained later)- has popped the 12-foot barrier in 2013 as well as earned a third place medal at the state meet.  She recently cleared 11-10 in the Reno Pole Vault Summit, making sure her chief opponents know the title is going to be hard to earn.


High Jump-
2013 State Champion: Haleigh Knapp (Sr., Morris) 5-8
Key returners: Knapp, Molly McGraw (Sr., Bloomington Central Catholic), Gillian Urycki (So., Metamora), Addison Ely (Jr., Bloomington Central Catholic), Christina McNab (So., New Lenox Providence Catholic).
Outlook:  Haleigh Knapp has an opportunity to become a three-time state champion and possibly a shot to elevate into the 5-10 stratosphere this season. Oh but Molly McGraw will be a strong challenger not because she returns with the second best mark of 5-7, but rather because she only placed sixth in last year’s state final.  Needless to say, she will be extra motivated this year.


Shot Put-
2013 State Champion: Lena Giger (Sr., Highland) 47-9
Key returners: Giger, Gabi Jacobs (Sr., Normal University), Abby Lealaimatafao (Sr., Freeburg), Daisha Townsend (Sr., Cahokia), Ranija Turner (Sr., Champaign Central), Lashonda Brewer (Sr., Cahokia).
Outlook: Lena Giger will be a premier target in all of Illinois track and field this season now that she has sewed up her dream college (Stanford University). The two-time state champion can just hover in the throwing ring and heave the put all season long. Giger has already in early January put up the second farthest indoor throw in Illinois history (48-7.5 at a meet in Missouri)- only the 49-1 by former Edwardsville legend Emmonnie Henderson stands in the way.  It is a safe bet to go ahead and crown Giger as the best putter in the state this season, but she now has an opportunity to be arguably the best putter of all-time. 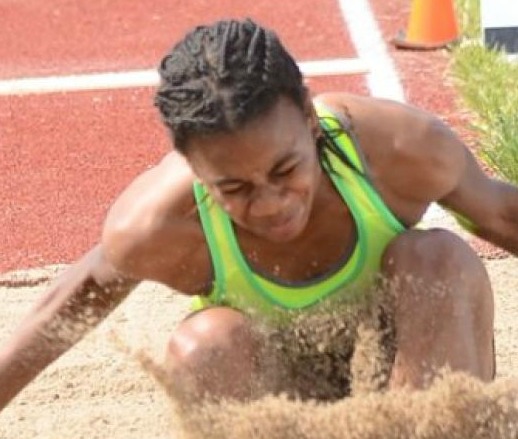 Triple Jump-
2013 State Champion: Brion Portis (Springfield Southeast) 39-3.75 [+0.8]
Key returners: Raynesha Lewis (So., Cahokia), Vicky Gruszka (So., Peoria Notre Dame), Dasha Thomas (So., Cahokia), Jordan Irvin (Sr., Manteno), Hailey Hollinshead (So., Rochester), Sydney Jones (Jr., Jersey).
Outlook: The numbers don’t lie when it comes to Raynesha Lewis. As a freshman she placed second in the state to multiple state champion Brion Portis. In addition, Lewis also has the top overall best returning marks legal and wind-aided of 38-9.5 and 38-0.25. However, winning a state championship will not be a piece of cake with a deep cast of young and talented jumpers returning.  Lewis has competition in her own pit with fellow sophomore Dasha Thomas who has a personal best of 37-0. Vicky Gruszka placed one spot behind Lewis at state returns as a serious threat and should not be counted out.  She frog jumped 37-4.5 twice last season and over 36-feet on another occasion.


Discus Throw-
2013 State Champion: Lindsay Herra (Rockford Boylan) 138-2
Key returners: Gabi Jacobs (Sr., Normal University), Lena Giger (Sr., Highland), Shauniera Wilson (Sr., Springfield Southeast), Daisha Townsend (Sr., Cahokia), Elle Alexander (Jr., Chatham-Glenwood), Nicki Wright (Sr., Chatham-Glenwood), Elle Tattoni (Jr., Maple Park Kaneland), Karlie Wondolofski (Sr., Jersey).
Outlook: If there is a chink in Lena Giger’s armor it would have to be the discus throw. For an elite thrower she is considered average with a personal best of 143-6.  However, things may change this season.  Giger entered 2013 only throwing 130-feet before elevating another dozen feet.  If she can improve to 150-feet she will be very difficult to defeat.  Gabi Jacobs is the top returner from the state meet with a 131-1 mark after placing third ahead of Giger.  Jacob’s best mark last season was 136-9.  Keep an eye on Shauniera Wilson and Daisha Townsend this season as they both could surprise the favorites.