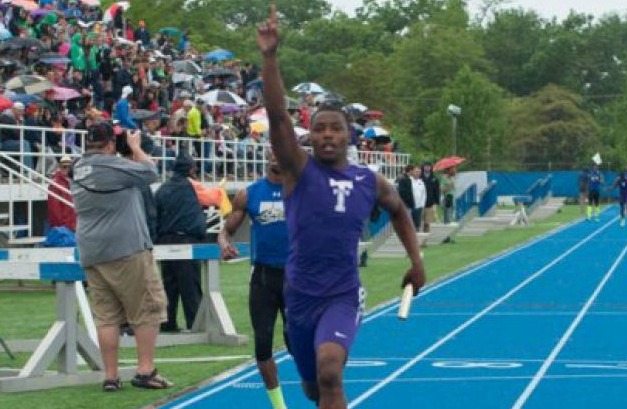 This season will carry many hopes and dreams for teams and their fans who love relays.  It allows the whole team to feel that sense of team and” family.”  There will be opportunities for the traditionally strong squads as well as emerging units to move in and earn their place in IHSA annals.  The premier of all relays in Illinois is the 4x800m relay.  This video called the “Boys 4x800 Premier Event” proves that fact.

4x800m Relay-
2013 State Champion: Barrington 7:45.94
Key returning teams: Barrington, LaGrange (Lyons Twp.), Elmhurst York, Crystal Lake Central, Chicago Lane Tech, Hinsdale Central, Chicago Jones, Mt. Prospect (Prospect), Winnetka (New Trier), O’Fallon, Naperville Neuqua Valley,
Outlook: The defending champion Broncos are the favorite to repeat whether they like it or not.  They have three legs all back including the swift anchor Konrad Eiring (Jr.) who split 1:54.4 to secure his team’s first state relay title.  The key to repeating and competing at an elite level from one year to the next is arguably more difficult to do than in any other relay. The thinking is the 4x8r is almost like competing as a cross country team. Each runner has up to two minutes to make or break his team’s position and chance of winning or losing the race.  For Barrington, they are going to have to find a good leg like David Cerney’s 1:55 provided.  It will be a tough task, but it can be done.

Lyons Township return three legs from a sixth place state team that ran 7:52. Last year’s lead off leg Ed McCarter (Sr.) could be moved from that slot if anchor Alex Lima (Jr.) isn’t for the challenge. Regardless of what order the Lions run their quartet will be a factor in the championship outcome.

York has been an unhappy camper in this event over the last few years in that they haven’t been able to get in position to dominate.  It appeared at last year's mid-season point at the Prospect Invite that they were on their way to bossing this event at the state meet.  But somehow the tables were turned on the Dukes.  York was one of the last teams to make the final and  ended up 10th.  It seemed as though a combination of bad luck and injuries contributed more to the less than stellar season finish.

Lane Tech is a team on the mend and watch list after a promising 2013 season came to a crashing halt in the state prelims. The Indians thought they could sleep walk themselves into the state final after winning it all the year before.  The kids run the races but it’s the coaches who must prepare the runners mentally for the biggest races of the season.  Lane will not suffer a mental letdown in 2014.  The northside foursome return three starters and a former reserve named Oswaldo Lorenzana (Sr.) who ran 1:59 in the open.

Cross country powers Hinsdale Central, Prospect, Palatine, and Hersey will have dangerous squads regardless of how many kids they lose every year.  It will be fun to watch how this event unfolds during the season.

4x100m Relay-
2013 State Champion: Harvey (Thornton) 42.24
Key returning teams: Harvey Thornton, Edwardsville, Plainfield East, Belleville West, Oak Park-River Forest, Minooka, Chicago Bloom Township, E. St. Louis Sr., Elmhurst York
Outlook: A respected coach was overhead saying, “you better watch out for Thornton. Coach [Vince] McAuliffe has a nice team coming back. They got three guys coming back including Jauan Wesley.” The Wildcats ran the second fastest time in the state of 41.95 last year at the Homewood-Flossmoor State Sectional. The boys in purple should blow past those numbers this season and possibly near the 41.30-41.40 range.  Over the past two years the Edwardsville quartet has placed third in on the awards stand.  This could be the year the Tigers reign supreme with sprint leader senior Craig James.  How about Minooka? Can the Indians regroup after a disastrous championship in which they were disqualified? They lost two legs but return senior Devin Ingram and possibly fellow senior Chris Wilson.  Belleville West will be in the mix time wise if they can find another leg to replace the graduated Tevin Suggs.

4x200m Relay-
2013 State Champion: Edwardsville 1:27.98
Key returning teams: Edwardsville, Oak Park-River Forest, Plainfield East, E. St. Louis Senior, Elmhurst York, Barrington, Belleville West, Minooka, Naperville Neuqua Valley.
Outlook: Let’s be real about this event for a minute.  Oak Park-River Forest was the list leading favorite (1:27.94) and everyone in their camp thought so too up until their top speedster Zach Booth injured his hamstring in the WSC meet a few weeks before the state championship. Booth was able to come back and compete in Charleston, but he was never the same.  Hopefully, for the Huskies they can retool with the three returners they have back. Edwardsville won the state title fair and square and shouldn’t be penalized because OPRF lost their best sprinter. The golden rule in track and field is health, especially in the sprinting department.  Craig James will lead a strong team this spring that will run much faster than their state winning time. 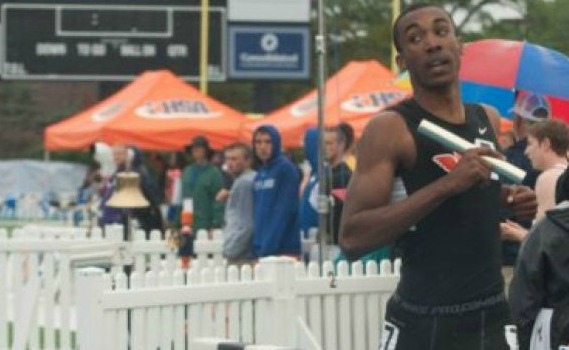 4x400m Relay-
2013 State Champion: Minooka 3:19.15
Key returning teams: Plainfield East, Naperville Central, Plainfield East, Edwardsville, Naperville Neuqua Valley, Belleville West, Evanston, LaGrange (Lyons Twp.), Minooka, E. St. Louis Sr.
Outlook: Minooka salvaged a win last year in what was nightmarish state meet for their relays. The Indians could be back in the running as one of the top teams in the state despite losing two legs. Chris Wilson is one of the toughest legs in the state and he will be ready for his team when the chips fall. Naperville Central will have one of the fastest 400m runners in the state in Sam Bransby (Sr.) leading their charge. Belleville West and E. St. Louis Sr. will have something to say by season’s end.