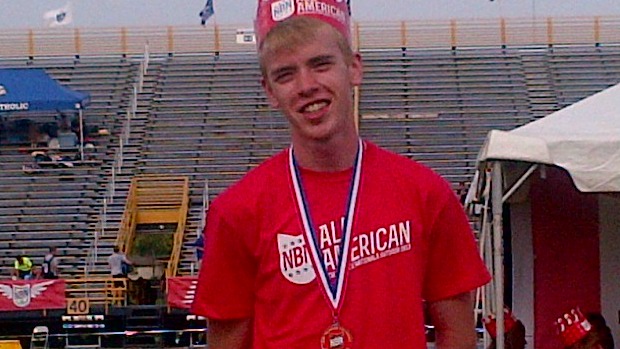 He might go down in Illinois annals as a top five runner of all-time. That kind of talk is subjective anyway and is up for debate. However, what isn’t up for debate is the 2013 track season that Chicago St. Ignatius graduate Jack Keelan had. The Stanford bound star produced one of the most dominating seasons in state history.

The indoor season started out in its usually slow motion style with Keelan only competing remotely or deferring as a member of the “coaching staff.” It wasn’t until late February that things got interesting. Jack was embroiled in a decision leading up to the peak of the indoor season on whether to attend the outstanding Brooks PR Invitational in Seattle, WA or compete with his mates in Washington, DC at the Jesuit Indoor Prep Invitational. Keelan chose the team route and it turned out to be the best decision he would make as a high school runner. His team won the team title. The icing on the cake was a then IL top mark in the 3200m 9:11.48.

The outdoor season was even more fruitful with state best 8:50.74 at the prestigious Arcadia Invitational. It would become his school record and the eighth fastest time by an Illinois prep runner. Keelan would continue to best and dominate his foes in state competition winning every 1600 and 3200 race. The state championship is the pinnacle for the majority of high school runners, but it was for Keelan. Of course, he would go on to sweep the distance double with ease, but it would the national races that he would be after.

Jack won the Midwest Distance Festival Mile in a state best 4:07.50. Keelan would end his official high school running career at the New Balance Outdoor Nationals. He placed fourth in the 5k running 14:29.20.  It was a hearty race in which he fought Jake Leingang of South Dakota for two miles. Lastly, it would be the mile race the final day that truly defined Jack Keelan’s career. The lad would place second in 4:08.73. It would be the race that Jack ran his guts out and leaving then on the track.  he lasting image for this writer is that the first person that he greeted was his father Tim Keelan.  It would be an awesome end to a career on Father’s Day weekend. 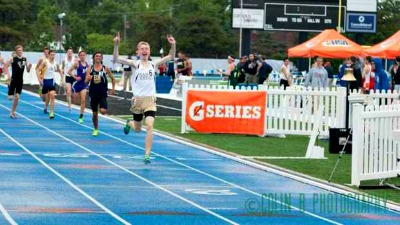 Jack is a one in a career kind of runner for a coach, although we will still hope for another.

We knew he was good as a freshman, but I think only Jack knew he wanted to be this good.  He had a good group of upperclassmen ahead of him who showed him the way. They nicknamed him "Nubbins" after the freshman character in Once a Runner, a book we were all reading at the time.  Nubbins was kind of a pain-in-the-ass character in the book.  hese guys actually really liked Jack. But they still call him Nubbins.

But he had a tremendous self-will to get really, really good, and obviously he had a lot of talent.

That's what we all saw when he emerged as such a super sophomore--tremendous will to get better and better.

When we all saw that we had something special on our hands sophomore year, it really created new challenges for us. He forced me to rethink a lot of our program. And working with him taught me a lot that I think will help me to coach other kids better.

Above all, he showed a wonderful new maturity and grace after his disappointment junior year in cross country. It was a hard time for both of us--all of us. Looking back, his dad has told me that it was maybe the best thing in the end.

He taught the other guys on our team so much by the way he rebounded that spring. Nowadays they call what he has "grit."  He can recover when things don't go quite the way he hoped they would.

Everyone should know that Jack has a boys will be boys side.  He busted his lip one day at practice in a wrestling match.  His father had to take him to get stitches and he missed the workout that day.  Only the guys on our team know that at the state meet in 2012 as a junior he forgot his number and uniform jersey back in the dorm room when he went back to the track for his 1600 after the 3200.

But Jack always learns a lot, from each race, which is why he got better and better.  He didn't forget anything this year at the state meet.  He had a plan and a routine, and he executed it.

As a sophomore in the state 3200, he didn't run well--9:24, I think, not even a personal record, and tenth place, so no medal. He had bounced around in the pack during the race, first moving forward, then back, using energy.  Two weeks later at the Midwest Distance Gala he sat at the back of the pack, ran in lane one, and relaxed for as long as he could.  Then he raced the last two laps-- for a good pr of 9:13.

That became his race.  And when he began to develop a finishing kick and more speed junior year in track, that discipline combined with finishing speed was obviously a pretty good combination.

The guys on our team now know what Jack did to get better.  But we will be teaching kids about how Jack Keelan did it years from now.