The question of the day at the 1A state championship was “Who is Peyton Wade?”  Well, after the meet concluded, the junior from Aurora Christian assisted her Eagles squad to a third place trophy finish. 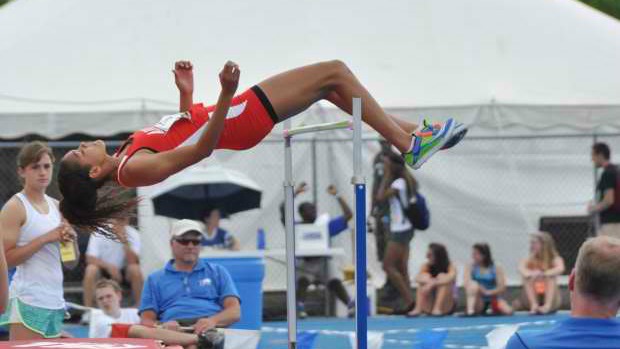 Junior Peyton Wade of Aurora Christian was an emerging athlete coming into the state championship based on the fact that she was doing just enough to keep herself relevant. Now, she has crafted herself into a star.  Wade’s first task on the big stage was to compete in the high jump against the state’s top jumper Kandie Bloch (Sr., Argenta-Oreana).  The pressure was squarely on one of the nation’s most high profiled jumpers.  Bloch cracked and Wade beat her in a jump off 5-7.  The momentum from that field event seemed to spark her in other events.  Wade went on to win the 100H in a personal best 14.86.  As well, she anchored her team in the 4x200 relay that won in 1:43.51 over defending champion Sullivan.  Next season, all eyes may be squarely on Wade who now is becoming a big name in 1A track and field. 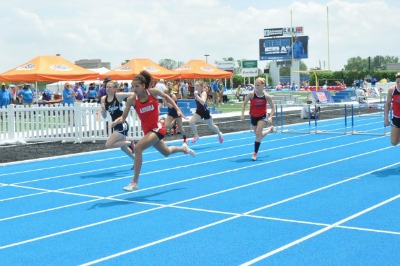