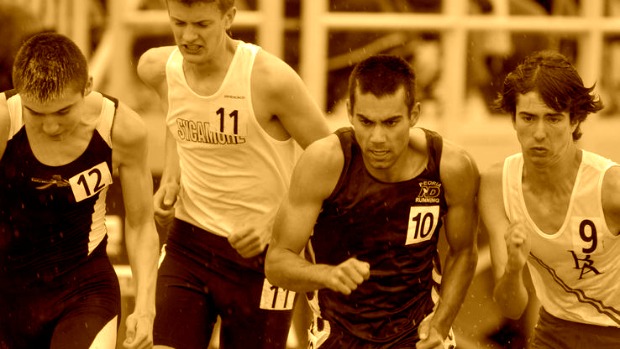 I cannot believe it’s over. I ran my last high school race at the IHSA state meet this past Saturday. It was one amazing ride that led to a memorable four years.
As a team of eight guys, we headed down to Charleston Wednesday to get situated and just relax. We took the 4x800m team and four alternates. I decided I wasn’t going to run the 4x800m and focus solely on the open 800m. Thursday, we just hung out in the dorms playing video games and watching the online stream. 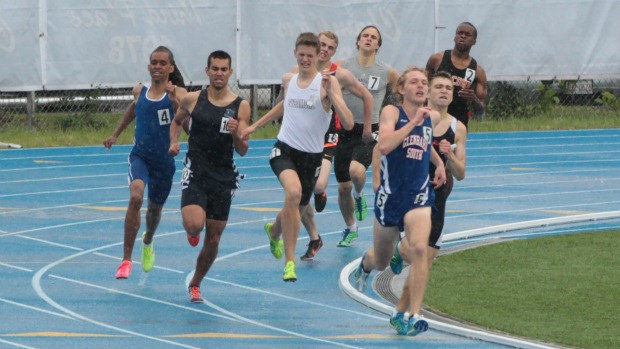 Friday was prelims, I ran at about 10:30 AM which is always a weird time for me since I’ve never actually run then; I typically run at night or in the afternoon. I was in the first of three heats. We went out relatively slower than I wanted to in a 57 split but I led the way through the 600m. Two guys past me on the final curve heading into the homestretch but I didn’t want to go completely all out because I didn’t want to peak that race. I ended up third with a time of 1:57. I was pleased with it and thought I would easily make it to the finals with that time. It turns out the next heat was slower. The top guy only ran a 1:58 so I was still sitting 3rd fastest. The last heat was a little faster but only one guy was ahead of my time running a 1:55. I was 4th heading into Saturday. This was the best seed I had ever had going into my last race of the season. Friday night, two of the alternates decided to run in the open races at the stadium. They both tied their PRs. One ran the 1600m and the other ran the 3200m. It was really cool seeing all the people even though some of the races took forever.
Saturday was definitely an interesting day to say the least. About halfway through the first heats of the 3200m, the IHSA announced that running events would be continuous instead of a set time schedule due to rain. I was happy I wasn’t going to be running at 2 PM because I really do not enjoy running at that time. My race ended up going off at around 12:45. It was rainy and chilly. There were also puddles on the track. The gun went off for our race and we were off… at least for about 5 seconds. It turned out there was a trip about 40m into the race and everyone was brought back to the start. I had never done anything like that before and it was interesting. The second time I got a good start pushing my way through the pack to lead my super alley into the break line. I tucked in about 4th or so and stayed there until the 500m. We came across the 400 at 56.8 and I made a move at the 500m in the inside lane to go after the leaders. With 200m to go,  I was running my heart out trying to make up lost ground. I crossed the finish line 4th with a 1:55.79. I was happy with my race. I did exactly what I planned and ran my second fastest time in mediocre conditions. 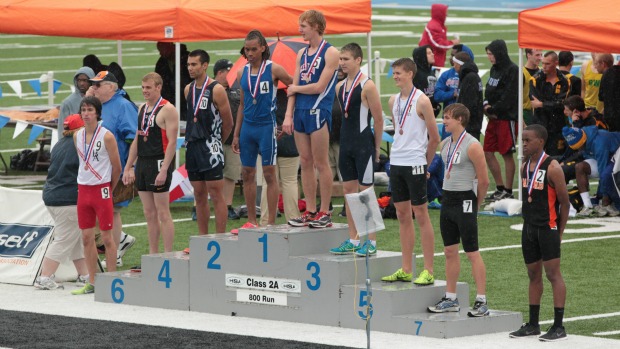 I cannot believe how fast the season has gone by and how crazy it has really been with track meets cancelled to snow and flooding all over Peoria. I have graduation on June 2nd and then I’m officially done with high school and I will focus my energy at Missouri. After graduation on June 8th, we are going as a family to Michigan for a week for a family reunion. Then, I head down to Columbia for summer welcome the 25th and 26th. After that, I will attend the July summer session so that I can train with the team and get a few electives out of the way before the season officially starts. Thank you all for reading my blog this track season!