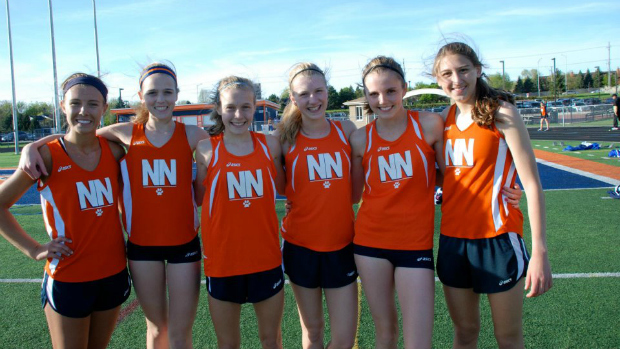 One of the top girls team headed into the season opened there season across the border.  Naperville North traveled to the Spartan Classic in Pleasant Valley, Iowa and came away with a second place finish.  Maria McDaniel led the team followed closely by Elly DeTurris.  The duo teamed up to go 5th and 6th respectively.  They fell a short to host team Pleasant Valley, 26-47. The Naperville North girls averaged 15:09 for the 4KM distance.

On Saturday, the varsity team opened the 2012 season with a second-place finish at the Spartan Challenge hosted by Pleasant Valley High School in Bettendorf, Iowa.  The team narrowly lost to a very talented Pleasant Valley squad by a 37-42 margin.  Maria McDaniel led the team with her 4th place finish.  She was followed through the chute by Elly DeTurris in 5th and Kimber Meyer in 7th.  Judy Pendergast was 12th, followed by Alex Moxon (14th), Laura Houston (15th) and Grace Carballo (17th) to complete the team effort.  It was the greatest performance at this meet in the seven years we have gone.  Maria, Elly and Kimber each turned in the top three times on the Crow Creek Park course in school history.

In the freshman-sophomore race, Jenny Smith's new meet record led a 1-5 sweep of the top spots. She was followed by Kate Shannon, Tori Trezona, Allison Ray and Jenny Gibson.  In the JV race, Lizzie Deely led Ellie Gschwendtner and Allison Trezona on a 1-2-3 sweep of the top spots in that race.  Lauren MacDuff (9th) and Emily Smith (12th) completed the JV team scoring.  What a GREAT first team effort!  It was by far the best performance we have ever had at this great meet, and it was a wonderful first step for the season!