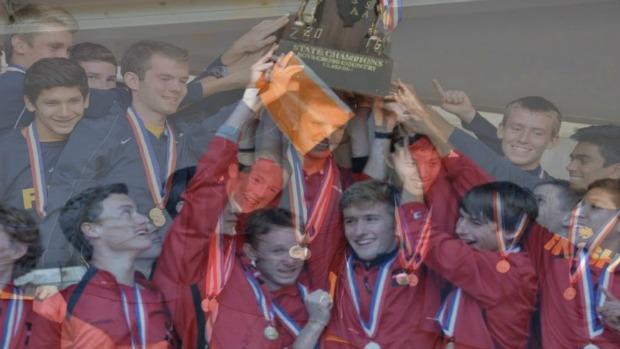 Recently during the heat of summer, on the sun-stained deck in my backyard, I finished One Way, Uphill Only by Chris Quick. Chronicling Palatine's remarkable 2011 journey to a state title, it's for a rather niche audience, but as an Illinois running geek who witnessed and even competed against some of the athletes he writes of, it captivated me from start to finish.

And yet, when the story that was so remarkably similar to my own high school team's dream season had said its last word, a hint of apprehension lingered. The men of Palatine, without a doubt, earned their victory. But why did they deserve to win more than anybody else? Every athlete trains hard to make it to the state meet. Everyone at that level has bought in. Talent simply can't be relied on with a team's success-- one stud can post a low stick but your team score means nothing until four more crosses the line.

Dispel training and talent for just a moment and leave only the athletes and their willpower on the line. What did Palatine have on November 5th, 2011 that 24 other teams with hopes and dreams of their own didn't?

Each year, hundreds of high school cross country teams chase the same dream - win state. But those who can say they truly did it make up an astonishingly small percentile. Of thousands of Illinois 3A runners, only 200 make it to the state meet. And of that already elite group, a whopping five contribute directly and score for a state title. 2.5% of all state meet runners.

It's obvious to point out that in any race, regardless of talent and training, some team will be crowned the winner, but Illinois running has evolved past predictability. New powerhouses emerge every year. Instead of 15:00 being a near guarantee for all-state, in the last decade, 15:00 will now maybe crack the top 50.

In this age, with elite training plans accessible to all, there are just about no secrets left in "good training." So with both athletes and coaching tactics evolving, what else does it take to be on top?