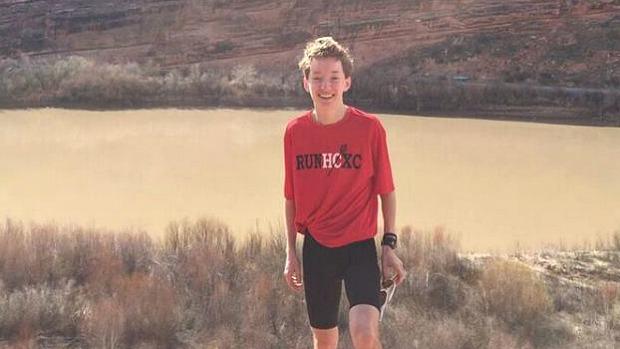 I have been a runner for more than six years now. I, like many people reading this article, have learned much about myself and life by putting on running shoes and heading out into the unknown. I've met so many wonderful people through cross country and track - people from all backgrounds, talents, and perspectives. They're a kind, down-to-earth, amiable group. And yet, there's another trend I see with this sport - one that's as peculiar as it is unfortunate. Some are also depressed. At the very least, most runners are too hard on themselves. I can see it with so many people today, not merely by sympathy.

It took me a long, long time to learn that the strangely niche, upside-down world of runners with depression is, in fact, a group larger than just myself. I don't need to go into much detail of my own grueling experience with it. In fact, upon reflection, I can't pinpoint a specific time when it truly materialized. Maybe the winter of my junior year? All I know is, a second passed, my eyes closed for just a moment, and then Depression was there with me on my shoulder, sitting there like it had always been, whispering into my ear. And then my running career started to fall apart. Did my depression evoke my horrible performances, or did my horrible performances evoke my depression? I didn't know back then. But my life and health began to worsen. My family and friends grew distant, and my grades wavered. Distance running, which consumed almost all of my spare time, took the biggest hit. Before then, running was, for a lack of a better term, easier. I could eat legit bowls of candy on Halloween the night before sectionals, (don't tell my coaches) and absolutely float through the race the next day, completely unaware of the magnitude of what I just accomplished, and the people who I just beat. I wasn't nearly as committed then as I was during my time with depression -- so why are my performances suffering?

If there's somebody out there reading this who resonates with any of what I just said, know that what you are experiencing is the same things thousands of high school runners go through. And yet, put frank, I can't exactly answer how you pull yourself out of your own mind. From my experience, while having friends, family, coaches, and therapists that care for you and want nothing other than to see you happy again is great, it is ultimately you and only you that can make yourself better. However, I can tell you what I did. I turned to the running community itself.

When running wasn't going well, and I knew that there was something wrong every step I took, and the drive I had when I put one leg in front of the other just wasn't there anymore, I forced myself to distance myself from the incredibly high expectations I set for myself. I had to. And then I focused my mental energy on the only other thing in life I could find joy in. For me, that's filmmaking. Specifically, running-related filmmaking. Back in high school I had a YouTube channel in high school for my team, in which I'd use my old camera to film as many races as I could, put them to a fitting song, and upload them for my teammates. I just wanted to tell the story that each race had to offer. I guess you could say I was a poor-man's Milesplit. And yet, I eventually noticed that people other than my teammates started watching them. It's worth noting that I wasn't any less committed to running than I was before while making videos. The difference was, I shifted the weight of my own self-given pressure from my own performances, to my filmmaking. I remember at the Proviso West Invite my junior year, after my own race I frantically looked for a good spot to film the races. A roped-off "media corner" caught my eye, where the true media professionals had access to the best camera angle in the facility. Tony [Jones] must've seen me milling about and said, "Hey, Chris Brenk, right? You want in the corner?" Honestly, one of the best moments of my life. 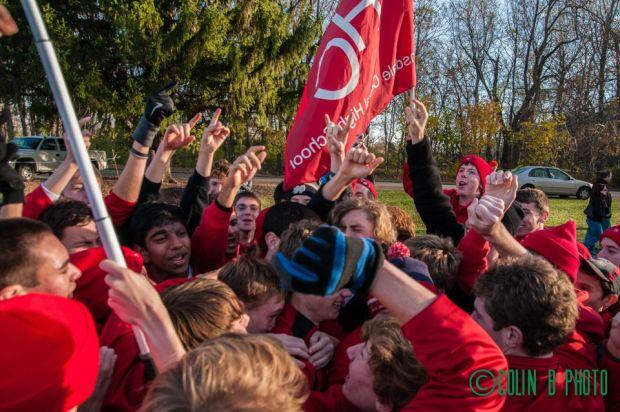 If I, for life's strange reasons, couldn't make my mark on the world of Illinois high school running as a runner like I thought I would, then I'd do it as a filmmaker. Senior year consisted of one soul-crushing race after another -- the ones that make you question everything. One of the worst - -maybe during the peak of my high school depression -- was the Palatine Cross Country Invite my senior year. Having depression while racing isn't exactly like the voice in your head that tells you you're tired, you should slow down, etcetera. That voice is normal. It can be overcome. It's hard to explain how it affects you. For me, the only way I can truly describe it is that depression robs you completely of your willpower. From the beginning of the race to the end, I didn't feel...anything. It's this apathy that takes control of all your muscles and your body and your brain and it paralyzes you. There's nothing, there's no drive. I couldn't push myself harder because there was nothing to push. And I knew it and I always asked myself during the race, "Why? Why aren't you pushing yourself?" when at the same time, I just couldn't do it. And it persists - right from the gunshot to the chute.

And yet, I'll never forget that day. I crossed the finish line, hands on knees, out of breath, yet not as much as I should've been. A hand tapped my shoulder, and I expected it to be one of my teammates. Instead, it was a tall, buzz-cut runner I didn't recognize, with a neon orange singlet spotting a giant black H on it. Hersey. With a wide grin, he asked,

"Chris, Brenk, right?" He said as he was gasping for air, a wide grin on his face.

"Hey man, I'm Kevin Paton. I just wanted to say thanks for doing those YouTube videos of yours, I've watched, like, all of them."

In my sweat-soaked and light-headed state I fumbled at trying to formulate an expression of gratitude, but I could only mumble thanks and that it meant a lot. That interaction I had is honestly one of my fondest memories of high school.
Here's some advice that I once heard from someone very important to me. Year to year, month to month -- even day to day -- your best effort will yield dramatically different results. And that's simply because of life. If you want a contemporary example, take a certain beloved CPS runner from Whitney Young -- Clayton Mendez. His junior year of cross country, in the span of two months, his uncle died, his step-dad had a heart attack, and he contracted bronchitis. This would knock out anyone for the count. Yet somehow -- somehow -- he used all of his energy to run the state meet for his team, and even managed to finish in the top 100. What an incredible achievement. And over time, he was able to move on, address the problems in his life, and return to the runner he once was. If you can realize this -- if you can accept that there are factors that will contribute to your running that are outside of your running - and the only thing you have to do through all of it is be the best you can be with the cards you're dealt - then you'll be one step closer to being content again.

We are all so fortunate to be able to do what we do, despite how well we do it -- and do it in such a great community. Milesplit Illinois is a website where runners of all kinds come together. The gist of this article is that I want everyone reading this to know that whether you are a national champion or just a freshman who runs a mile or two a day, you are not alone. If you're angry and frustrated and kicking yourself wondering why your running isn't how it was before - you're not alone. If you feel that what was once a joy to do now feels lifeless and heavy - you are not alone. As cliché as that saying is, it is true. It is not permanent. I tell myself the same thing every day.

Outside my window as I write this, snow softly falls. It's that picturesque snow that I imagine movie directors dream to have in their shot. It's --10F out -- cold but nothing crazy for Minnesota weather. I'm tired - I had a good workout today. One day, running became not so heavy again. I can't seem to pinpoint a specific time when it happened. Slowly, yet surely, I'm learning how to push myself again.