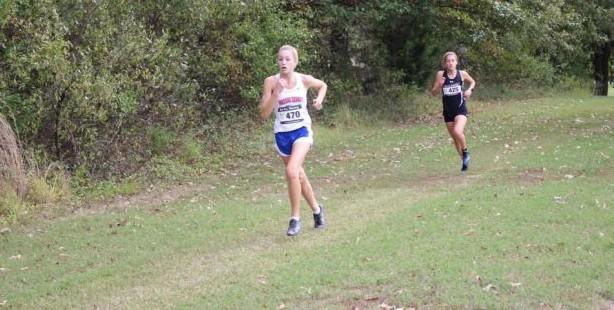 Carterville's regional, normally held in Chester, was hosted at John A. Logan College in Carterville. this weekend with a few added schools from the year prior.  Metropolis (Massac County) was one of these schools and they made sure to grab some attention.

Ansley Bailey, the freshman from Massac County, led the way for her team from the front of the field.  Bailey and Gabby Alongi (So.) of DuQuoin and 2016's Chester regional champion, ran together for most of the race.  When the runners came into view with roughly a mile to go, Bailey had separated herself from Alongi and managed to hold on to the lead, crossing the line in 19.24.  Alongi finished with a time of 19:46, with Jaylyn Bower (Sr.) of Nashville placing third in 20:41.

Rounding out the top seven in the team scores and advancing to the sectional meet is Marissa (7th), Metropolis - Massac County (6th), Carterville (5th), Chester (4th), DuQuoin (3rd), Pinckneyville (2nd), and Nashville who took home the win in the girls' race.  Advancing to sectionals as individuals are Carly Carril (Sr.) of Sparta, Taylor Dagner (Sr.) of Steeleville, Calyn Hartmann (So.) of Red Bud, Julia Hall (Fr.) of Anna Jonesboro, and Morgan Creamer (Fr.) of Steeleville. 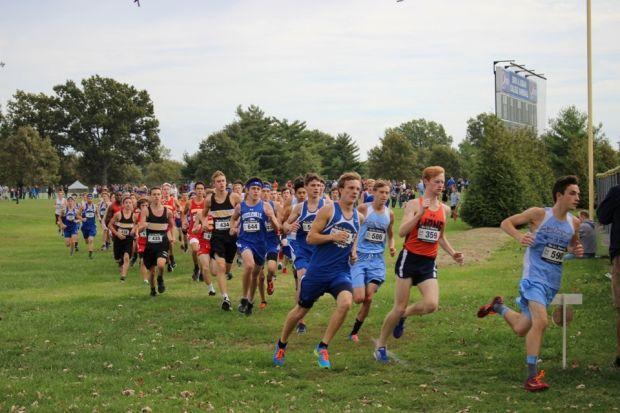 The boys looked to have a good race, having 2016's Chester regional's top three finishers all still competing.  While it was in fact Nashville, Carterville, and Pinckneyville leading from the gun, similar to last year, it was a different Pinckneyville runner that was taking charge.  Pinckneyville's Garrett Johnson (Sr.) and Carterville's Austin Knight (Sr.) seemed to be going back and forth for that lead spot for the majority of the race.  Just past two miles, Johnson looked to of secured his place, running strong out in front.  Knight trailed slightly, with Brandon Schnitker (Sr.) of Nashville running in third. Johnson won in a time of 16:11; an impressive performance and improvement from last year where he placed fifth.  Knight captured second place in 16:23, while Schnitker ran 16:38.  Isaac Sinn of Sparta also showed real improvement from last year, running a time of 16:42.  Gavin Conway (Jr.) of Steeleville placed fifth in 17:02.

Teams placing 7th through 1st and advancing to sectionals in the boys' race were Vienna, Carterville, DuQuoin, Red Bud, Pinckneyville, Nashville, and Steeleville who took home the first place plaque.  Individuals also advancing to the sectional meet are Sinn, Blake Niesporek (Sr.) of Murphysboro, Dakota Gregory (Sr.) of Marissa, Kade Portz (So.) of Marissa, and Eli Hamilton (Jr.) of Sparta.  The advancing teams and runners from both races will compete next Saturday in Benton.