Athlete of The Year-

Soren Knudsen inspired us all this season like here at the Magis Miles in 4:05.58

Being in the same class as several former triple crown winners (cross country, 3200, 1600) Jack Keelan (Chicago St. Ignatius), Jon Davis (Oakwood), and Donald Sage (York) is a very good thing. For Soren Knudsen he enjoyed an outstanding senior season in which he set personal bests for his beloved Minooka High School in all three disciplines. After the dust settled from last fall's 14:02 state championship winner, Soren told me that he had big plans for the track season. His first and foremost goal was to break 4:00 for the mile. No Illinois prepster has ever done that and I had no reason to think the unbelievable would come to fruition. Knudsen made a believer out of me with his exploits eventhough he did not achieve the dream goal. Instead he got the more important #Smithstrong goals for one of his fallen former coaches Mark Smith. Now, it's on to distance running power Northern Arizona University for Soren Knudsen. 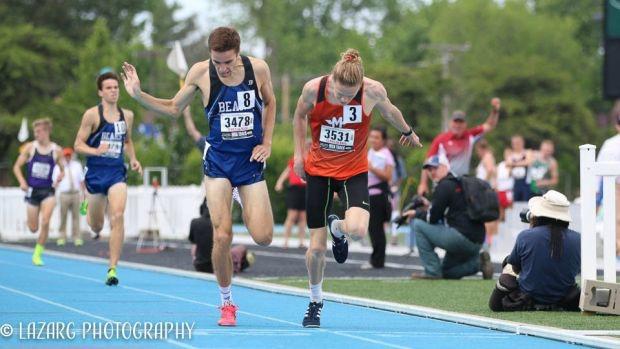