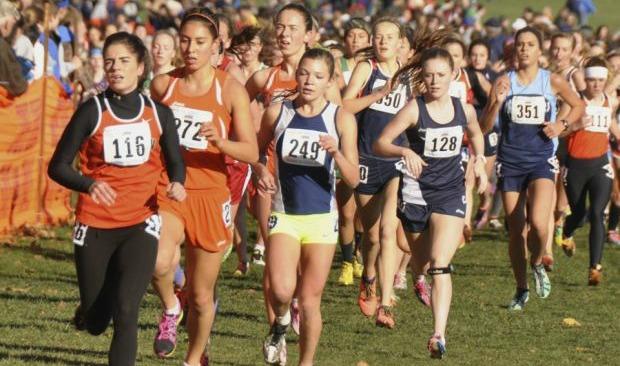 Overall Remarks: Say what you will about the new "success multiplier" placed on private schools that have bumped up 1A powerhouses to 2A. But perhaps a silver lining is that this policy does have winners in the form of 1A cross country teams who deserve it. As a result of Urbana (University) getting success multiplied to 2A, a Decatur Sectional that was once unrealistic for any team that wasn't a top 10 contender may finally have a slot or two to spare for the many East Central Illinois teams that have been stuck trying to qualify there. Be warned that the ratio of top 25-contending teams in that area to slots in that sectional may still be 2:1, but at least we might see new faces. Speaking of new faces, this year-judging by what we see in this section of the rankings-offers us some new teams haven't qualified state in a long time.

Snap Analysis: Althoff Catholic has always been pretty reliable at qualifying out of the Edwardsvillle Sectional. Herrin bumping up to 2A puts them in a very ideal position alone, but it only gets better: The Crusaders return their entire varsity seven!

Snap Analysis: Not much uncertainty about the Lady Comets qualifying out of Lisle again. They return six of seven, including their whole top five. They will likely improve from their 24th place finish.

Snap Analysis: Having Anna Sophia Keller on their squad means that they essentially only have to score four runners, including this year an already low scoring Abby Weis. While this has given them edge in finishing consistently in the top seven at the Decatur Sectional. It has unfortunately not been enough for the Bulldogs to qualify state in the last few years that they have been contenders. Moreover, they lost their vital third runner to graduation, so on paper they don't look to place as high in the state series as last year. But with spots looking to open up in Decatur this year, it is looking hopeful that St. Anthony will at least be running as a team at Detweiller in November.

Snap Analysis: Likely the Trojans will get placed in Lisle again, so even with the loss of their 1, 2, and 5 runners, they still should be strong contenders for a slot.

Snap Analysis: The Skylarks could be an up and coming team that improves from their Sectional showing and claim a ticket to Detweiller. They return most of their varsity and look to get a little help from incoming freshmen.

Snap Analysis: This was a team that found its way in the rankings last year and went into sectionals a dark horse candidate for state qualification. This year the Lady Raiders return six and are again a team to watch for.

Snap Analysis: Roxanna was a team in the Edwardsville Sectional that really fell under the radar but swept Southern Illinois contenders from under the rug with their fifth place finish. What the Shells may lack this year in a standout front runner they compensate in a reliable pack that should enable them to qualify for state a second straight year.