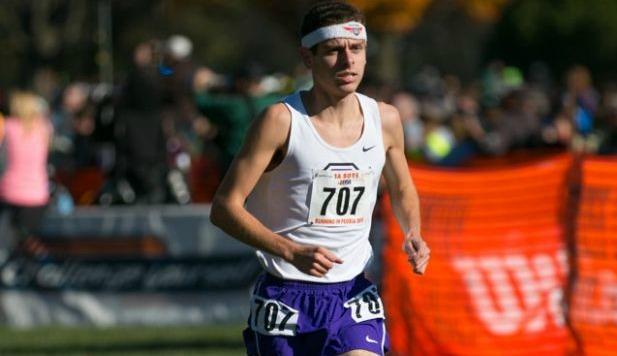 The early morning chill and dew could not put a damper on a day meant for cross country. Detweiller Park in Peoria featured three championship races: 1A, 2A, 3A. All events coincided with the girls each hour, which makes for a festive but exhaustive day.

#1 Tolono (Unity) put on a dominant show- one of the best in IHSA history by scoring a ridiculously low 30 points in besting what was supposed to be a hotly contest affair among several top teams. The Rockets but all five scorers in the top 15 overall. Senior Andrew Warnes led the way in second (14:45). Jon Davis (Sr., Oakwood) was the headline story of the day. The University of Illinois bound Davis went out in break neck pace and won going away in 13:59.3. The extraordinary time was the fastest of the day and tied for #6 all-time (#5 performer)

Jack Aho (Jr., Grayslake Central) duplicated his winning performance from the First To The Finish Invitational in early September to become the first state individual titlist from his school. Aho's time of 14:24 is a personal best. Aho's #2 rated team also won the championship with 54 points in defeating heavily favored #1 Mahomet-Seymour 54-121.

#1 Orland Park (Sandburg) came in as the big favorite and left as the big favorite. The Eagles did not mess around in scoring 79 points. All five Sandburg runners broke 15:00 led by Senior Sean Torpy in third place. Kevin Salvano (Sr., Buffalo Grove) won his first crown in 14:20- besting his previous best by two seconds also ran on the Detweiller turf in early September.