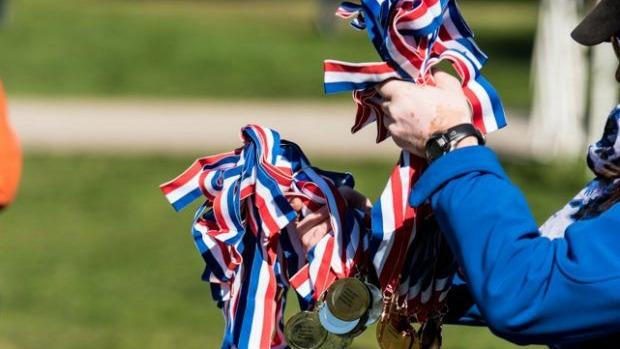 It was an unseasonably cold morning that greeted a throng of supporters for the Chicago Public League Championship at Washington Park. Those who were able to brave the mid-30s climes for the 9am freshman girls start got a lovely treat by the time the varsity races arrived at 11a.

Northside Prep won their second consecutive girls title but this time in convincing fashion scoring 39 points. The key to victory was the planting of four Mustangs in the top 10. Lane Tech, who was thought of as a favorite, finished a distant second with 65 points. The upstart Payton bunch held off long time staple Whitney Young for third 102-104. Individually, Lane junior Maggie Scholle defended her title in course/meet record fashion. Scholle toured the Southside layout in 17:39.

3A #8 Whitney Young lived up to their role as heavy favorite and won in going away fashion tallying 33 points. The Dolphins led by sophomore star Clayton Mendez's record run (14:42) placed four runners inside the top 10. Defending champion Jones College Prep took second place ahead of Lindblom 67-99.