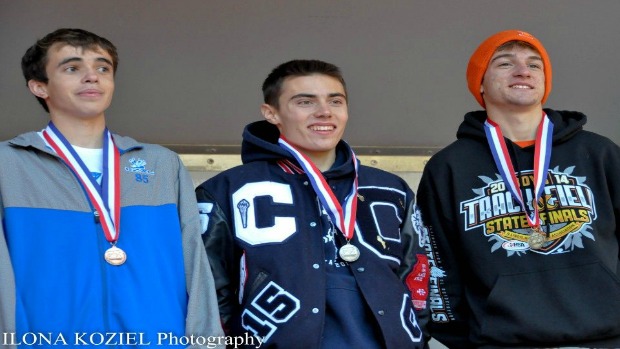 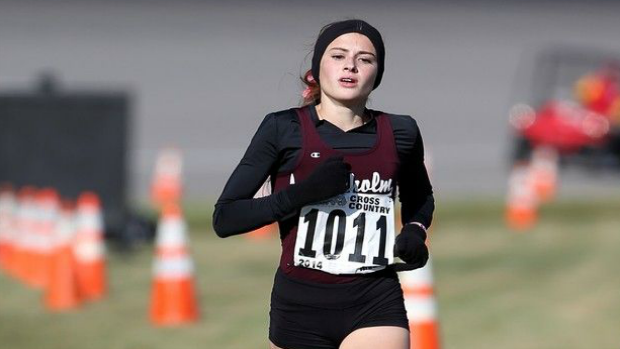 Audrey Belf of Birmingham Seaholm, MI is set to put on a display rarely seen before by an outsider (D. Rauglis photo)
Girl’s ledger-
Race Time: 1pm (EST)
Key teams to watch for: IL- Naperville North (North Naperville), New Trier (Wilmette Running Club), Geneva (Geneva XC), Yorkville (the Ville), Neuqua Valley (Catpack), Palatine (Palatine XC), Hinsdale Central (Hinsdale XC), Naperville Central, Lockport
Individuals: Anna Sophia Keller (So., Effingham St. Anthony), Olivia Ryan (Sr., Fenwick), McKenzie Altmayer (Geneva), Mimi Smith (Sr., New Trier), Audrey Ernst (Fr., St. Charles North), Rachael Lau (Jr., Plainfield North), Arielle Summitt (Fr., Urbana U High), Mary Claire Leonard (Chicago Marist), Alexa Haff (Hinsdale Central), Brooke Wilson (Prospect)
Newly crowned state champion Naperville North will seek their second straight trip to Portland, Oregon when the bells and whistles start that includes fireworks go off at 1pm. The Huskies are now hitting their peak as a team. In last weekend’s championship, the top five girls went out aggressively (not a track of Naperville North) and up top to catch #1 Glenbard West off guard.  Judy Pendergast, Elly DeTurris, and Claire Hamilton earned all-state honors. More importantly, it was the tremendous depth that turned back Palatine and Glenbard West. The Huskies women scored 73 points on the strength of a 26 second split. All five runners placed inside the top 25 team scorers.
Palatine also had a nice state meet. Junior Kelly O’Brien led her team with a second place finish at state. She will be a top candidate for all regional honors by placing in the top 14. Her team is on an all-time high with good health and tremendous awareness in racing. The Lady Pirates have been to Portand before and have what it takes to be among the top three squads. Their chances of advancing this year have enhanced with a stronger schedule and better output.
US#2 Carmel is considered the favorite to win and move on. The Lady Greyhounds recently won the Indiana State meet with ease over fellow nationally ranked Avon 55-124. Carmel used a swift 21-second split in getting the job done. The Greyhounds also won this meet easily last year. Avon will counter with prized sophomoreTaylor Nicholson who finished 2nd in the state.
Michigan will enter a team for the first time due to their state association easing up on its hardened rules. Birmingham Seaholm is the Wolverine State's top squad. Individually, watch for the super senior Audrey Belf to put on a show. Belf is one of the nation's top runners and she is undefeated and has a 16:54 best for 5k.  The fans are going to be in for a treat for sure. She may just go for the course record.
Tweets by MilesplitIL