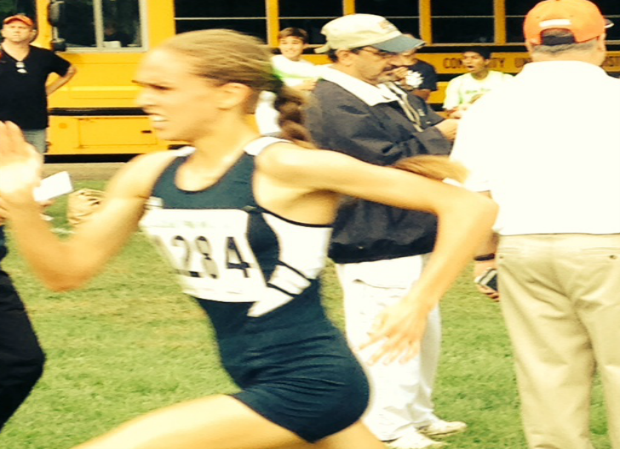 The very friendly and soft spoken Maryjeanne Gilbert (Jr. Peoria Notre Dame) was anything but that at the Richard Spring Invite (Tony Jones image

In a matchup between two girls squads who recently debuted in the US top 25 rankings, the US #20 Avon (IN) girls edged out the US #14 Hinsdale Central (IL) girls by 4 points 67-71.

The PIAA Foundation Invitational will be huge! George School will have its largest meet in their 62 year history!

One of the prevailing feelings coming in was the boys and girls chess piece landscape had not been completed.

In her team's home invitational, Peoria Notre Dame junior Maryjeanne Gilbert had the race of her life as she knocked 34 seconds off her 2013 Illinois state meet performance at Detweiler with her 16:30 victory at the Richard Spring Invitational. After seeing US #9 ranked Jesse Reiser roll out a 14:20 performance at Detweiler Park last week at the First to the Finish Line Invitational, US #13 Zach Dale was chasing Reiser's time on Saturday in Peoria.

his is the reason that the commonly phased Peoria Notre Dame Invitational or PND will be officially referred as the Richard Spring Memorial Invitational on paper: “Richard Spring, a 1981 graduate of Bergan High School in Peoria, ran cross-country, the mile, and the two-mile. Participating on two state championship teams, Richard personally finished third in the single-class IHSA state tournament in his senior year. Richard died running at Augustana College in 1982.”

Aerial Footage of the Trinity/Valkyrie Invitational

The ladies from across Kentucky ran Saturday at the Trinity/Valkyrie Invitational with Class AAA #2 Assumption taking down AAA #1 Sacred Heart by one point overall.

The Trinity Invitational brought many of the best from Kentucky together along with a ton of other talent from six other states.  This is a look at the Kentucky action from Trinity/Valkyrie.

Interview with Lake Braddock's Coach Mangan about his trip, tradition, and success.

Teams from 7 states gathered in Louisville, Kentucky for the Trinity/Valkyrie Invitational today. The meet was loaded with #1 teams from across all of these states.

Indiana's best went to Kentucky to decide who is the best

The boys race turned out to be a battle for bragging rights in Indiana with Carmel's Ben Veatch (15:08) pulling away from Brebeuf Jesuit's Zack Snider (15:12) for individual title, while Carmel boys (75 pts) held off West Lafayette boys (79 pts) for the team title. Ohio state champ Annie Heffernan ran away from the girls field with a 17:35 win, the US #6 Carmel girls were clearly a class above the competition placing 4 runners in the top 7 and averaging 18:18 as a team. .

Girls Top 10 broken down by state

Team action from the Trinity/Valkyrie Invitational

The Trinity/Valkyre Invitational is the oldest and the biggest HS XC invitational held in Kentucky each fall.  This year's edition is set to start up tonight with many of the best individuals from seven states in attendance.

Trinty/Valkyrie Invitational Field is Stacked, Check Out Track Times for the Best

Below are the top entrants in the Trinity/Valkyrie Invitational looking strictly at their times from last track season.  It helps to further establish the pedigree of many of the athletes.  A track is a track to a point whereas everyone understands XC courses are different.

Top 200 Boys RUNNERS EVER at the Trinity/Valkyrie Invitational

Top 200 Girls EVER at the Valkyrie Invitational