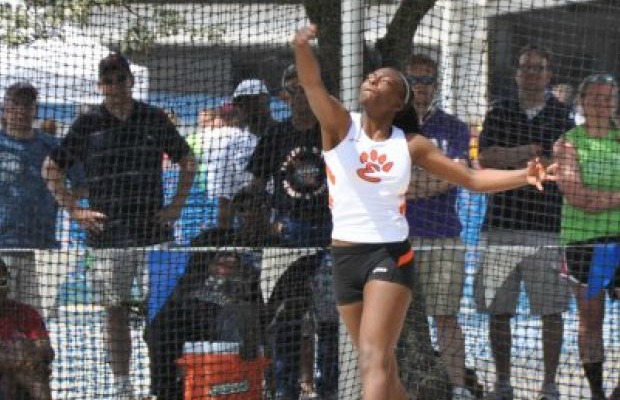 Aaliyah Covington is the heir apparent to the legendary Emmonnie Henderson

The quality of the state championship is going to be interesting on many fronts this season with major team and individual implications on the line.  As it is frequently mentioned, team championships are often won in the field.  2012 state champion Edwardsville started the formula of winning in the field and it was taken by last year’s champ Lincoln-Way East (despite their sprint prowess).  This same blue print will happen again as their other classification peers are eyeballing the opportunity to rack up points before a single track event is run.  This formula is similar to a baseball team scoring in the first inning.  It allows the beneficial starting pitcher to stay settle down and just throw strikes.

Below are the categories of each event break down:

Long Jump-
2013 State Champion: Emma Spagnola (Sr., West Aurora) 18-9.75 [+1.7]
Key returners: Spagnola, Maya Neal (Jr., Naperville Neuqua Valley), Parker English (Sr., Evanston), Janae Cox (Jr., Bradley-Bourbonnais), Anna Laudizio (So., Plainfield North), Catherine Sherwood (Jr., Mt. Prospect [Prospect]), Faith Furio (Sr., Cary-Grove), Brittani Griesbaum (So., Lake Villa Lakes), Patrice Jones (Sr., Rockton Hononegah), Milia Harris (So., Rockford Guilford).
Outlook: Last year was so much a surprise that no one even knew that when Emma Spagnola won this event, it wasn’t until she was on the awards stand accepting her gold medal that everyone knew.  The entire weekend was supposed to be billed the Savannah Carson show.  Unfortunately, the Neuqua Valley senior was mired with injuries and did not make the final. Of course, this is no disrespect to Spagnola, but she is known more for her hurdling prowess and has treated jumping as a warm-up to hurdling.  Still, Spagnola will be among the favorites again in her secondary event. Her friend and rival Maya Neal leaped over 19-feet last season, but could not be consistent enough as a title threat. Neal is more of a multi-event specialist who has to concentrate on sprints, middle-distance, and jumps.  She will shine more in a college setting.


Pole Vault-
2013 State Champion: Carly Schmidt (Lake Forest) 13-0
Key returners: Julia Junkroski (Jr., Frankfort Lincoln-Way East), Claire Dalman (Sr., Crystal Lake Central), Danielle Wojciechowski (Jr., Roselle Lake Park), Amy Smith (Sr., Wheaton-Warrenville South), Brooke Catherine (Jr., Normal Community).
Outlook: The pole vault has been a fierce competition since its official item to the IHSA schedule in 2000.  It seems like every year there is a star born when someone graduates someone new steps up. The returning field is deep enough that the competition will be from within. Julia Junkroski took third with a personal best 12-0 at state to help solidify her team’s championship title. She will be among the favorites if not the favorite this year in her premier event.  She will have competition from one big challenger Brooke Catherine. Catherine recently eclipsed the 12-4 mark so far this season. Catherine has undoubtedly benefited greatly from the Flying Dragons Pole Vault Club. Let’s give some kudos to head master Mike Cockerham and company for their great tutoring of vaulters. 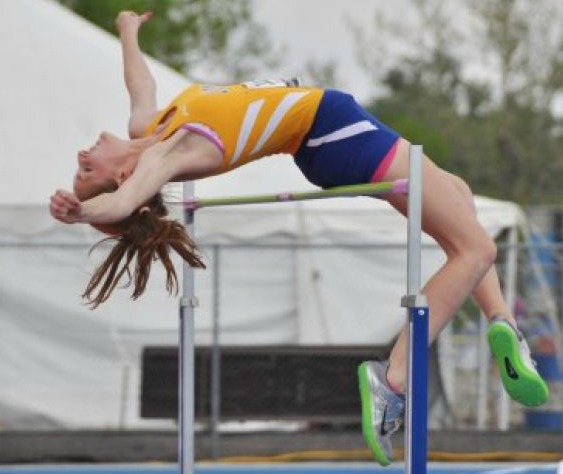 High Jump-
2013 State Champion: Omo Tseumah (Huntley) 5-8
Key returners: Emma Haugen (Jr., LaGrange Lyons Twp.), Kelsey Shannon (Sr., Belleville West), Julia Junkroski (Jr., Frankfort Lincoln-Way East), Deborrah Blackburn (Sr., Edwardsville), Erin Zappia (Sr., Wheaton-Warrenville South), Stephanie Mueller (Sr., Naperville North), Mallory Wlasiuk (Sr., McHenry), Alaina McCarthy (So., Chicago Marist).
Outlook: Emma Haugen will seek to get back on the top of the podium after winning the title as a freshman two seasons ago. Haugen came within an eyelash of title #2 but lost on misses to Omo Tseumah. It will be interesting to see who will emerge from the massive log jam of 5-5 and 5-6 jumpers this winter and spring.  Julia Junkroski is a name that fans and foes better keep a close eye on because she is on the premier team in the state. As they say: “winning breeds winning.”


Shot Put-
2013 State Champion: Emmonnie Henderson (Sr., Edwardsville) 50-9.5 (all-time state meet record).
Key returners: Banke Oginni (Sr., Hoffman Estates), Aaliyah Covington (Sr., Edwardsville), Erin Reese (Sr., Prospect), Maya Marion (Sr., West Aurora), Jennifer Donnell (Sr., Hoffman Estates Conant), Janeah Stewart (Sr., South Holland Thornwood), Shahara Mitchell (Sr., Evanston), Holly Julifs (Jr., Aurora Metea Valley).
Outlook: The state of Illinois fans everywhere will miss Ms. Emmonnie Henderson tremendously.  She had one of the most serious and candid demeanors that you would ever come across. The all-time state meet performer did not disappoint with her big time, big meet performances.  Now the mantle has been handed to her trusted understudy Aaliyah Covington. Covington was the runner-up to her mentor and obviously had the best coach in the state.  Her actual coach reportedly has left for Lake Park.  So, it will be interesting to see what transpires this year. Can Banki Oginni get to the top of the mountain top this year after fighting off some great throwers in her own conferences like Erin Reese and others of the past?  The new era of shot putting will be a fun one to watch and follow all season long.