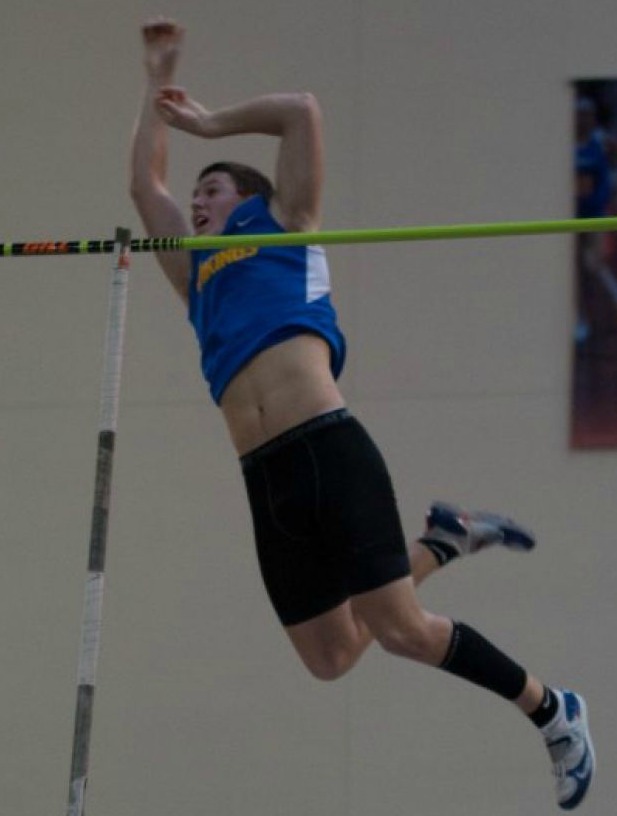 The Class A field events arena had been a strong suit for the classification in recent years with some very impressive performances that have rocked the national consciousness.  That claim will more than likely slow down with the graduation of Kyle Landon (Chester). Landon was ranked among the very best in the country in the high jump with 7-0 efforts indoors and out last  year.  It may be just the Adam Coulon show in the pole vault all season long.

Long Jump-
2013 State Champion: Kyle Landon (Chester) 22-1.75
Key returners: Micheal Randall (Sr., Knoxville), Marcus Sitko (Jr., Staunton), Bjoern Adden (Sr., Pleasant Plains), Austin Wenskunas (Sr., Argenta-Oreana)
Outlook:.Micheal Randall is the classification’s top returner with his third place in the state final with a leap of 21-8.25.  But in terms of numbers, one would need to look toward football standout Marcus Sitko who has the top returning mark of 22-6.25. Sitko placed fourth in the state last May.


Pole Vault-
2013 State Champion: Adam Coulon (So., Downs Tri-Valley) 15-9
Key returners: Coulon, Jack Denby (Sr., Carlinville), Riley Smith (Jr., Casey-Westfield), Brandon Tolliver-Goode (Sr.), Caleb Niemann (Sr., Litchfield).
Outlook: When it comes to five-star pole vaulters, Adam Coulon’s name has to be at the top of the list. He met all expectations upon entering high school when he won the state title in his first attempt as well as producing another age group record of 16-2.  So it appears that the sky is indeed the limit for Mr. Coulon.  Can he get up near the elusive 17-foot stratosphere by the end of the season? Jack Denby will be hopping mad after being a chief competitor to Coulon but he ended his season on a very sour note by NH at state.  He will be seeing 16-foot stars in his eyes this season.


Shot Put-
2013 State Champion: Ryan Pearce (Villa Grove) 60-0.25
Key returners: Jason Fry (Sr., Stewardson-Strasburg), Stephen Gibson (Jr., Tuscola), Jonah Walker (Sr., Aurora Christian), Chase Hagene (Sr., Nashville), Ben Foster (Sr., Annawan), Terron Bell (Sr., Chicago Leo).
Outlook: The top five state placers from last year are graduated, it leaves only three throwers out of twelve back for the showcase. Jason Fry is the only returner with a heave over 50-feet during the outdoor season. He placed sixth in the state meet with a 50-10 effort.  Jonah Walker, who placed second in the Illinois Top Times, is back.  It will be difficult to see someone throw near the 60-feet range like Ryan Pearce did.  However, this is a new year and it is certain that someone will step up along the way.


Discus Throw-
2013 State Champion: Ryan Pearce (Villa Grove) 162-1
Key returners: Josh Wallick (Sr., Fisher), Chase Hagene (Sr., Nashville), Jonah Walker (Sr., Aurora Christian), Jason Fry (Sr., Stewardson-Strasburg), Manning Plater (So., Rushville-Industry).
Outlook: Josh Wallick is the top returner from the state meet with a third place finish.  He will have strong momentum to improve on his placement and personal best of 150-6. Jason Fry will also be motivated to improve his lot after placing 10th in the state meet despite a personal best of 160-5.  There are several other throwers to watch including Chase Hagene and Jonah Walker.