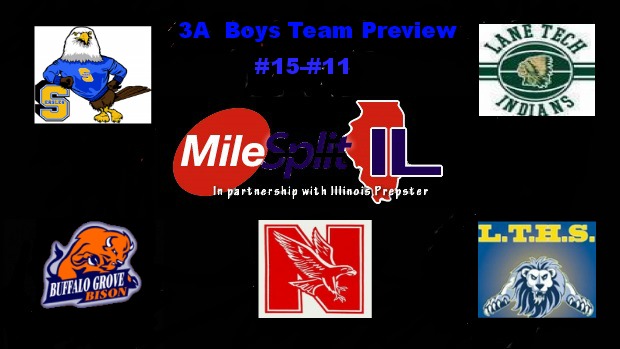 Our preview continues with the likes of Naperville Central, Lane Tech, and Buffalo Grove. 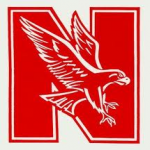 Team outlook: The Redhawks will be a solid team despite losing a stalwart in Ethan Brodeur and a few others to graduation.  The key to success will start with Scott Hicks and Ryan Auld.  They jumped started their 2013 cross country campaigns at the Detweiller at Dark meet and produced favorable results.  Both runners should be much improved this fall and could be joined by Matthew Meier. Meier ran one of the state’s fastest times in the 1600m last year when he clocked 4:34.9.  It should be another successful season for the Hawks this fall.

Season outlook: The past several years have been fruitful for the Indians who are looked at as a middle-distance program.  But after advancing to state last year with virtually a new line-up from the year before, the expectations have been set much higher this season.  So, in other words advancing to state is just not good enough.  It is time to go to Detweiller and make some noise with the feet.  Collectively, Lane Tech could potentially be the best team in school history (apologies to the ’63 state champs) if the mental and physical aspects healthy stay intact.  Pavlo Hutsalyuk has been given the crown by departed star Marcelo Burbano (now at Illinois State U). As well, there are many public league insiders who think Hutsalyuk could be the best in Chicago. It’s probably because he stormed the final straight at Detweiller and passed about 30 runners and ran 15:18. Hutsalyuk’s favorite palate is track and he ran 1:57.06 and missed the 800m final by .05.  He will have a lot to prove to himself this fall as does Oswaldo Lorenzana.  Lorenzana never ran cross country until last year.  He enjoyed his introductory season and will be aiming for more this Fall.  Keep a keen eye on him as he is sure to surprise many observers. Christian Badillo ran 9:03 for 3k this summer at USATF Jr. Olympic Nationals and Jon Vara and David Schmieg will provide tight knit support for the Indian crew. Overall, the Indians will need to stay focused throughout the entire season and produce the usual 40 seconds or better scoring split they enjoyed last year.  If they would have achieved that expectation at state in ’12, they would have finished in the top 12.  But that was last year and a lesson learned… on to this fall. It should be fun. 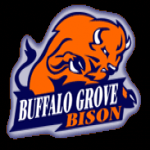 Newcomers:  Tripp Wallner isn't a newcomer but he had a hell of a sophomore season on the track--1:59 half miler; 4:33 miler; 9:59 2 miler; we could have a surprise in a frosh Arturo Batista who has been a couple of steps off our 5th man all summer.  Nice surprise--didn't come through our usual channel school

Insight on team by Coach Klotz:  “We've had a great summer season of training.  Steven Salvano is prepared to make a run at trying to be the state champ--he has a lot of company, but I think he's put himself into a good place to make a run at it.  The other guys had great track seasons--Kevin Salvano was a frosh who ran 9:49, Jake Wenzel ran 9:56, Tom Cleary ran 9:58 and Tripp Wallner ran 9:59--that gives us a solid five.  We have four other guys who should progress nicely as well and there will be strong competition to make the top seven.  With all of the hard work I think we have placed ourselves in a position to be the best team Buffalo Grove has ever fielded.  Time will tell--our youth will show early on, but we should get the right kind of experience to run in the big races.  The most important thing is to be ready in late October and November.  With some luck and hard work we could be realizing some dreams--we've certainly put ourselves in the position to do so.”

Team outlook: Last year’s state trophy run was a delight for those surrounded in the Lions camp.  Three of the seven starters return and will be ready to uphold the school’s fine tradition of performing well in Peoria. Dan Lupano is the top hold over who dipped under 15:00 (14:58). Henry Hostettler is billed as the team’s third runner this season but he may have higher goals after running 15:47 at Detweiller this summer.  Ed McCarter, who is the team’s 800m demon, will have something to prove this fall after being injured in the regional round last year. One unproven talent on the grass remains Alex Lima.  He is great on the track but will need to show he can step up and run with the big boys in cross country.  Also, watch out James Ryan and Kevin Kilrea. They have run 15:10 and 15:48 respectively.  Coach Mike Danner indicated that his team is healthy and focused.  But he adds: “Some of our sophomores and junior varsity guys from last year have improved and are challenging to make the top seven.”

Newcomers: Chris Torpy, who played football last year as a freshman, ran 2:00 for 800m last spring. He was on sectional winning 4x800m team that ran 7:53. He has a twin brother Sean on the team. Martin Skucas—incoming freshman who has been with our summer program for a few years and looks like he’s going to be somewhere between 15:30—15:45 if he runs at state.

“We are going through some tough times right now and at the same time I feel really good about our team. It’s a group of winners who are really tough.We’ve never had such a blow to our health so early in the season. My first three runners are out—Will Becker (9:32), Denis O’Callaghan (4:20) and Matt Hetzler (1:57.1). They are our 1-3 runners and were ready to do some serious damage. All three have been battling injuries this summer. We’ve done our best to manage it with water running, anti-gravity, massage, physical therapy, and on and on. O’Callaghan has a significant stress fracture and will be out for the majority of the season.  Becker has severe IT syndrome that causes significant knee inflammation every time he runs.  Hetzler is also out right now with either severe tendinitis or a stress fracture—we are waiting on the MRI today.  With those guys out, we lose three low sticks who I expected to run well under 15:00 this season. In the meantime we have a bunch of very, very fit guys. Greg Burzinski and Sean Torpy (1:58/4:33/9:52) are going to turn some heads. They are really fit and are going to surprise a lot of people right away. They’ve had as good of a summer as anyone I’ve ever had. Burzinski can tolerate large volume and has run more miles than anyone in our program’s history this summer. He ran 9:45 solo at the sophomore level conference meet and never got a good opportunity to run a competitive 3200m last season because he didn’t break into our sectional lineup. He’s going to get plenty of opportunities to roll with the pack this season! Tom Brennan (15:42/4:38/2:01) had a great freshman year last year and is looking to be even better this season. He wrestled on our state championship wrestling team as a freshman and is tough. We need him to get lighter. Seniors Justin Adams, Adam Gleisner, and Harry Becker were all 10:00 guys last spring and are going to anchor that lead pack down right behind Burzinski and Sean Torpy. We’ve taken some big setbacks early on, but those three guys are as tough as they come and we have enough guys training at such a high level that I feel good. “

No doubt our Sectional is going to be really tough. The five out of our sectional last year all finished in the top 12 at state. All of those teams had their fifth runner in before 15:35. Those are great teams. Those are trophy teams a decade or so ago. It looks like most of those teams are better this year and all of them are ‘programs’, not one hit wonders. Add in Downers Grove North and you got yourself a really tough sectional. Coach [John] Sipple at DGN has that team rolling. They are going to be ready to go. He got a kid [Zach Smith] to run 9:09 and a different one to run 4:14 on the same day at state this spring. You better believe they’ll be rockin’. You can have a very good team with a fifth man at 15:45 and you’ll get your rear end handed to you in that sectional. If you aren’t running sub 15:30 you aren’t helping the team’s chances. So we better be ready to roll or our season will be one week short this year. Having said all that, I feel really good about my guys. They are a bunch of winners. I’ve never had such a group of competitors as this one. I bet on toughness so I feel good about this season even despite the health setbacks we have. We’ll have seven guys ready to go to battle.”

“O'Callaghan is out (likely for the season) with a terrible navicular stress fracture. We have conflicting advice from the multiple opinions we've sought out, but if he comes back at all it will be because he is the toughest kid in the world. Becker is running...slowly...and doing a ton of water running workouts. He's only running flat, slow land miles right now, but he is jogging up to an hour a day. I hope to have him doing some workouts in a few weeks. Hetzler is starting slowly as well... 15 minutes right now just to be sure his stress reaction doesn't fracture.  So...if we get Becker and Hetzler back they will be late season guys and they are obviously not on the build-up you'd like to see, but we may be able to get them reasonably fit by championship season.”