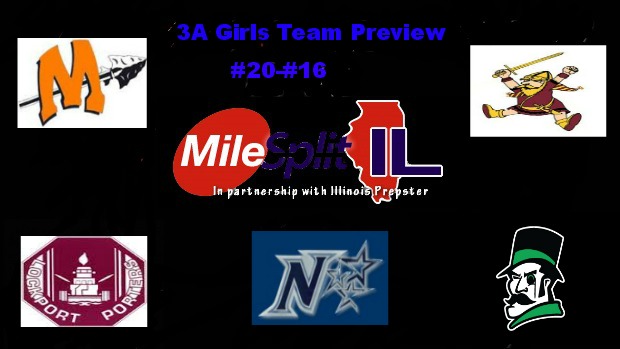 Team outlook: The Lady Dukes are going to experience some hard times and inexperience with the loss of great talent Emma Fisher (off to U of Illinois) this season. Hannah Wahlgren, Maddie Fabry, and Elizabeth Hagstrom should be slated as the team’s spokeswomen on and off the course.  Coach Annette Schulte believes her team can persevere and return to Peoria for state. “Our young team that has worked well as a pack all summer and improved their tempo pace,” she states.  It will be that kind of effort that will continually surprise opponents this fall.

Projected top 7:  will run a course time trial this Saturday and do not really want to put in writing until that time (goes against my philosophy-sorry Tony ;)).

Newcomers:  We had a great summer of running as a team and there were a number of new faces that could end up helping us out this year, but there were 4 new athletes who attended most if not all of the summer, and seemed to “rub elbows” with our returners.  They are Morgan Bollinger (Fr.), Karlee Stortz (Fr.), Emily Zaplatosch (So.), and Morgan VanKuiken (Sr.).

Team outlook by coach Schlotter:  “This year’s team will try to take last year’s team philosophy to the next step.  Last year was the first time in several years that we did not have any returning “all state” runners.  As a team, we all agreed that we needed to concentrate on the best way to enable our team to advance to the next level in post season meets. Athletes on the team last year agreed that best method of accomplishing this was to dedicate the season to going back to basics and running in the tightest pack we could and simply moving that pack up as much as possible throughout the season.  Our team this year finds themselves in the same situation.  We will continue with the same philosophy as last year and see if we can better what we did in the post season last year."

“We had our largest summer training group with over 40 girls participating in our program.  The girls put in a lot of hard work and look prepared for the upcoming season.  Last year, we had our best cross country season as a varsity team.  We were hoping to stay healthy through the state meet and finish in the top 10.  Unfortunately, we fell short of our goal so we are hoping with our top four returning from last season that we can try to achieve that goal this season." 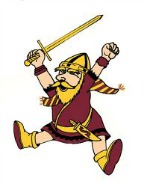 “We put in a fantastic summer of training and the girls are looking forward to having a great season. I've already noticed a lot of improvement from last year with a majority of our girls.  We lost a big class of seniors from last year so it will be fun to see who steps up in the leadership roles. One of our main goals is to qualify for state and improve upon our finish from last year. Our primary focus will be to run our best at the end of the season.”

Projected top 7: “There will be 12-13 girls battling for those [coveted] top seven spots.  However, we do have six of our top seven from last year returning (Morgan Crouch, Moira McAsey, Haley McNamara, Kaitlyn Chetney, Caleigh Beverly, and Haley Renison),” said Coach Kevin Gummerson.

Team outlook: This group is very talented and is one of the more experienced and battle tested teams ever at Minooka.  According to Coach Gummerson, the aforementioned six girls had the honor of running in at least one state championship. More importantly, they understand the work needed in order to make another Detweiller run.  The girls have been gaining more and more confidence over the past years.  Although it has been a long process, the Lady Indians are finally starting to believe that a team from Minooka can compete on the state level.  “Moira McAsey, Caleigh Beverly, and Haley Renison earned a state medal in track (4x800m relay) so they have had a taste of that success,” said Gummerson. “Now, can they carry that success over onto the XC Course?  They have put together a solid summer, and we are extremely excited to see what this group is going to do this season.”