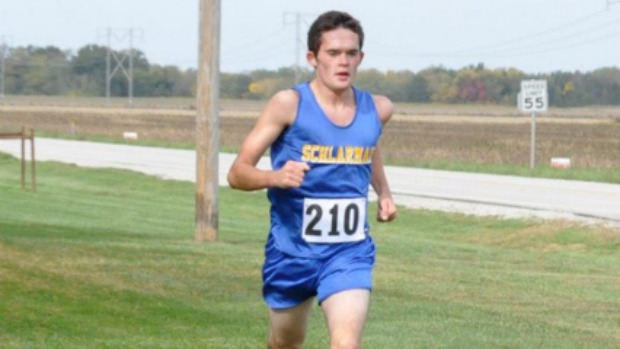 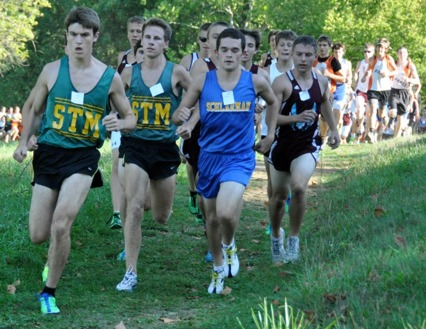 In his last year for the blue and gold he hopes to leave it all on the track one last time during indoor and outdoor seasons before he embarks on the next chapter of his running career. He took official visits to Eastern Illinois, Illinois State, Southern Illinois and Bradley, but in the end he says it was the Red Birds that won him over for a variety of reasons.

"First, I have a lot of faith in Coach Bovee's coaching philosophy and the team's goals. I feel he is very interested in making me the best possible student-athlete I can be, and I think my future teammates will be providing an excellent environment for me to grow and prosper."
Another reason is the proximity of the Illinois State campus. It was enough from Danville that Hahne could get away, but close enough that his support system of family, friends and coaches could come out to watch his meets. He says the recruiting process was often exciting and stressful during times, but he is privileged to have gotten letters from colleges and universities since his junior year. That interested has giving him motivation to do well and keep a positive outlook in running.  What was the toughest part of the process for Hahne? He says it was having to tell several programs, that he had decided to go elsewhere.
" I was ecstatic to have finally made my decision over winter break because I had thought and prayed day and night for the past year about where I would continue my running career--seems like quite some time, but for a decision like this I wanted to make sure I took everything into consideration. At this point I am feeling very confident in my decision and glad I can focus on my last season of high school in order to make it the season in which I have always dreamt."
He describes himself as a runner that is always looking for success, a runner who is open minded and looking for ways to gain that competitive edge necessary to win. He says ISU will be getting a runner that truly cares about the aspects of a team and as a program, a program he can't wait to be a part of.
"The thing I'm looking forward to the most at ISU has to be the fact that I'll be running on an actual cross country team that shares similar goals and dreams as I do since throughout my years I have never had teammates to train with. I have done very few workouts with other people. When I do, I take advantage of the opportunity because competition inside of practice is the best way to prepare for the big meets and even help you discover that you really can do that extra 400 repeat when you have mentally given up on yourself."