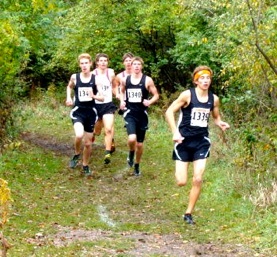 “To give anything less than your best is to sacrifice the gift.” Steve Prefontaine

The first state series race was finally here, Regionals. The coaches and the team had set goals all season long, but none more important then the goals set for a state run. Regionals are a time to show off what our team is capable of. Guys who fought for spots got an opportunity to show why they were there, to run another race in the black Minooka uniform. All of the “what if’s” or “should have’s” do not matter at this point.
Coach Gummerson had his and the team’s sights set on a Regional title. The workouts were not so different from what he had us do the prior years, other than one big thing, wind. What would feel amazing at our backs was going straight in our chests. Personally, I had never run in such harsh wind for a week straight. However, it was a blessing in disguise. We knew it was hard to run in but it only made us better. Our boys have been working hard all year for spots on the Regional line up and I was excited to see what they were going to do now that they got their chance.
All across the line up, our guys’ team ran a hard fought race coming just short to a talented Lincoln-Way Central. Individually, I finished first with my second straight Regional title. Something I had set out to do right off the bat at the beginning of the season. It was an emotional win because it was the last time I would get the chance to run on our home course in a Minooka uniform. I have been running there since 5th grade. I am just glad I finished my final season with a Minooka course record and a win in my last race there as an Indian. 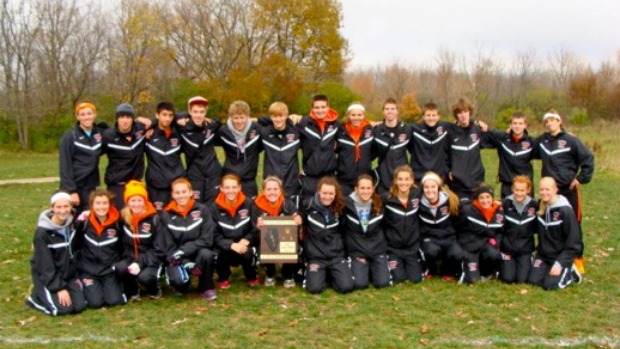