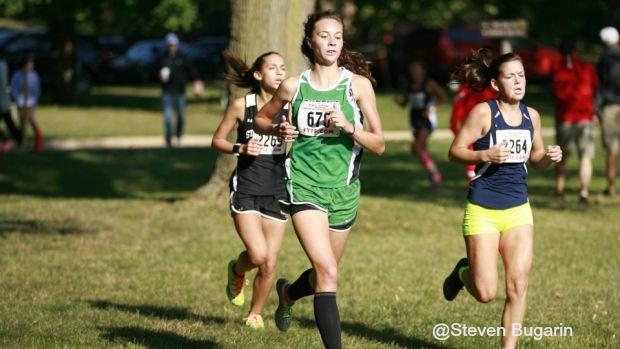 The scoop (assisted by Miguel Huaracha):
First to the Finish never fails to be a premier meet in the cross-country world as a whole. This meet offers a nice preview of the state course and the state format. Around 50 teams from each class battle it out for the early season crown.
The girls will get it started and that means Rock Falls will be out to defend their title. The Rockets dominated a strong field last year. It was then-sophomore Bailee Fortney of Rock Falls who won the race five seconds over teammate Alex Gomez in 18:16. Fortney, along with teammates Gomez, Erin Porter and Bryahna Ganther look to build on an impressive track and field season. Eureka placed 2nd at FTTF last year and are trying to take to snatch the title away from the Rockets. But we cannot forget a strong Stanford-Olympia team that comes off of an impressive win at the Normal Open in which the Spartans used a 48-second scoring split.
Senior Emma Argo, who is the reigning 1A state champion, will be running her first invite of the season. Another standout individual is Junior Caroline Jachino of Pleasant Plains. Jachino placed 6th at state finals last fall and had a pretty impressive track season with a 4th place finish in the 1600m and 2nd place in the 3200m. The overall field is stacked and will looking look to have a phenomenal showing. 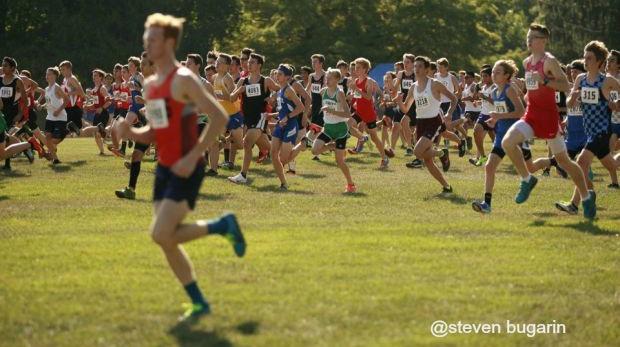 The beauty of the FTTF is that it is conducted in classifications just like the state championship. The boy's race will go off approximately 40 minutes after the girls. In a loaded field that will feature about a dozen teams who are ranked, it may be a real bloodbath. There will be some notable changes in the team scores if you go off of rankings. Last year's winner Elmwood has lost a ton of talent to graduation. The Tigers may have to give way to #3 Stanford-Olympia who took third at the Normal Open. The Spartans are going to need strong pack play in keeping Urbana U High at bay. The Uni's had a strong showing at the Crisman Cowchip Flighted meet last weekend. Athens and El Paso-Gridley will be on the scene shooting for a top three spot.
The individual race will see junior Dawson Smith of Rock Falls as the one to watch. Smith comes in as the defending champion having run 15:10 to defeat senior returners Jackson Stewart of Decatur (St. Teresa) and Christopher Collet of Seneca by substantial margins. Smith is one of the premier runners in the state, will be happy to get another race under his belt. He has not competed since August 21. Stewart competed in the Kickoff Classic at Edwardsville last month taking third and most recently won the Harvest Academy Invite. Collet is emerging into one of the elite Class A runners in his final campaign. Track all-state performer Noah Smith of El Paso-Gridley is on the map as well and will look to improve on his recent 11th place showing at the Normal Open.
Tweets by MilesplitIL