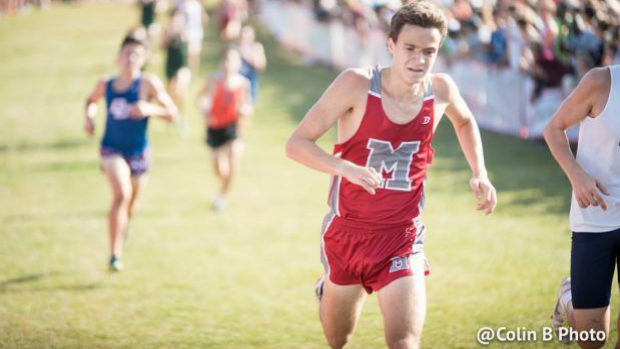 Scenario: Peoria will not be the only location in Central Illinois where great cross country will take place. The Lee Halberg Invite in the state capital will seek to be a prime-time event. Both genders will see top notch teams competitors and teams looking to make an early season impression.

On the boy's side, with the top-ranked 2A squads from each class coming out, it is going to be the litmus test against themselves and Mundelein. Due to poor conditions last week, this meet will be the first real race for many teams.

It's hard to tell who will lead in the boy's standing due to the high caliber of teams making an appearance. Last year Mundelein dominated the race, winning 29-49 over Mahomet-Seymour. Chatham-Glenwood, Springfield, and Bloomington placed after them respectively. Don't count on Mundelein to look past this cast because they know that winning in the early going means something for the psyche.

Michael Parduhn of Mundelein looks to defend his title for his senior year. Looking to dethrone Parduhn are Mahomet-Seymour senior Mathias Powell and junior Kyle Boughter of Springfield. Powell finished 4th at 2A state last year and 2nd in the 3200m final during the spring; he is one of the top-dogs of the 2A world. Lastly, freshman Fiker Rosen of Quincy looks to gain more recognition. Rosen already ran a 15:28 at the Granite City Invite, which is pretty impressive for his 2nd high school cross country race.

The girl's side isn't as deep, but there is no lack of competition. Mahomet-Seymour looks to keep their title from last year. Last year they had an impressive 27-second split from their 1-4 runners, placing 4th-7th. Brisa McGrath leads that group her junior year; she also leads the team's 4th place finish at state last year with a 24th place finish. Chatham-Glenwood is also aiming for that first place finish. While they placed 4th at the meet last year and 16th at state, their entire top 7 squads had no seniors, so this squad can be a real threat once they mature. Meanwhile, on the individual side, junior Olivia Rosenstein of Urbana will be competing in her first invite of the season. Rosenstein placed 2nd last year to teammate Libby Cultra by less than a second. Rosenstein ended up placing 5th at the state meet and was part of a 3rd place 4x800 team with teammate Libby Cultra. Senior Lydia Kurfman of Quincy and Senior Alyssa Mcpike of Monticello should be the leaders up front pushing the pace early and often. Overall, this should be a way for teams to really get their feet wet in terms of competitive races.